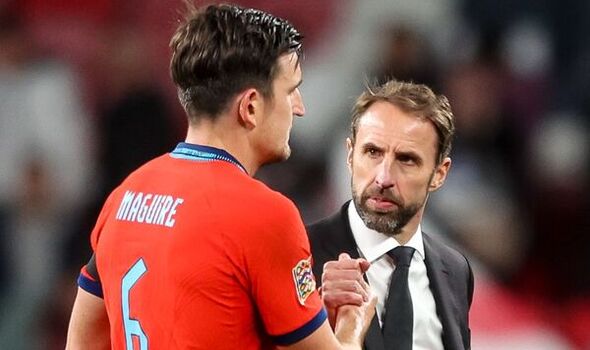 Gareth Southgate has urged the entire nation to unite in wishing Harry Maguire a return to form – as England are less likely to win the World Cup without him.

The Manchester United captain was badly at fault for the first Germany goal at Wembley on Monday and gave away possession in the breakaway that led to the second.

But with Maguire having lost his place in United’s Premier League side, he may have just four Europa League matches to try to rediscover his form before Southgate names his squad for Qatar on November 8 or 9.

The England manager has been criticised for showing incredible loyalty to the 29-year-old, who was one of the top performers for the Three Lions at the last World Cup in Russia. 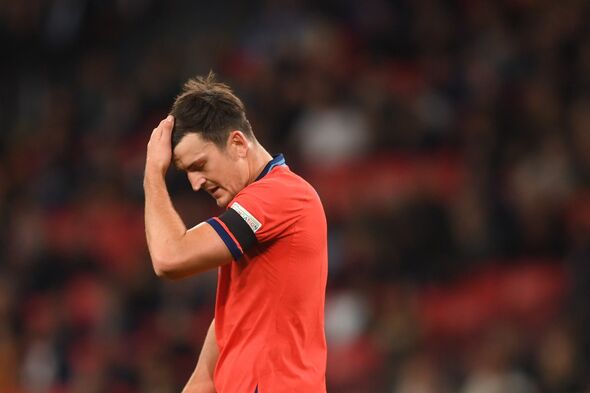 “It’s us. It’s not me. Why do we pick him? Because he’s one of the players who gives us the best chance of winning. So really we should all be wanting a Harry Maguire that’s playing regularly and playing with confidence.”

Ahead of the opening World Cup group game against Iran on November 21, the pressure will be on all England players to demonstrate top form with their clubs. However, Southgate feels that Maguire is being singled out for individual attention.

Part of the faith he is willing to show to the Sheffield-born centre-back, though, is rooted in a football education that has seen him survive at clubs like Sheffield United, Hull and Wigan before he got his first start in Premier League football with Leicester relatively late in his career.

“He’s the one that everything lands on which must be a tough space for him really,” Southgate said. “But he’s showing tremendous character. He has got the character to get over this because he’s a boy that been from Sheffield United, to Hull City. He’s not one where everything has been smooth.

“Sometimes you get lads who, in the early part of their career, haven’t had to handle adversity and when it hits them, it’s harder to cope with. He’s like most of us really, in that he’s had lots of hurdles and that shapes your character.”