Team GB’s Steph Houghton is praying for Wi-Fi on her flight to Tokyo so she can follow England’s Euro 2020 semi-final against Denmark.

England Women captain Houghton and the rest of the Team GB squad will be in the air during Wednesday’s last-four clash at Wembley as they head to the Olympics as part of the women’s football squad.

However, the players are still keen to follow the game and the captain of the plane will attempt to send updates via the aircraft’s longwave radio as its internet connection is unlikely to be reliable.

“We’re constantly thinking ‘have we got Wi-Fi? Can we get the game on? Are we able to get on social media to see what the score is?’ It couldn’t have been worse timing from that point of view,” Houghton said.

“As an English captain and an English player we obviously want the lads to smash it and hopefully get themselves into a European Championship final.

“I think over the last few games England are gaining rhythm and momentum. The boys look confident and you’ve got the likes of Harry Kane and Raheem Sterling who are now producing goals and assists.

“As a defensive unit we haven’t conceded yet so they should be confident, they should have momentum and we wish them the best of luck.

“Fingers crossed when we land we know that England have got a win.”

Scotland’s Kim Little, one of only three non-English players in Team GB’s 18-strong squad, is also keen to keep across the semi-final while the team are travelling.

Asked if she would be grateful if the captain could provide updates during the journey, Little said: “Yeah, I think so.

“As a football fan the game last night between Spain and Italy was incredibly exciting and a great spectacle. I’m sure tonight’s game with England and Denmark will be the same.” 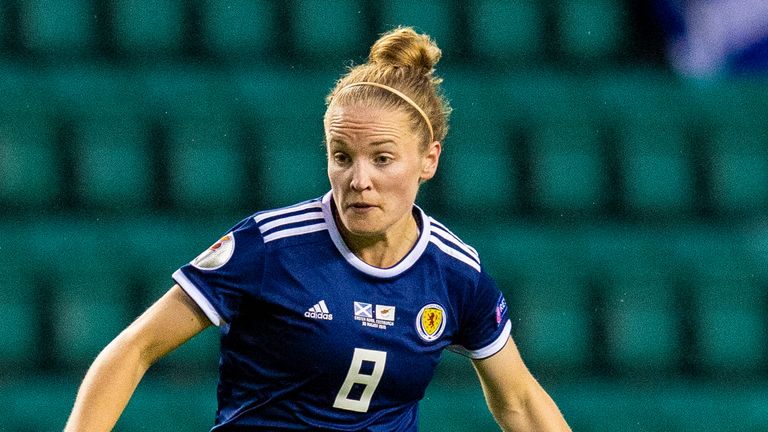 Team GB, who went out in the quarter-finals in their last Olympics appearance at London 2012, start their Tokyo campaign against Chile in Group E on July 21, before further games against hosts Japan and 2016 bronze medallists Canada.

They qualified for the Tokyo Games by virtue of England’s semi-final appearance at the 2019 World Cup, and with the Lionesses the highest-ranked of the Home Nations, the Football Association is overseeing Team GB in Tokyo.

“It’s a special moment,” Houghton said. “I was fortunate enough to do it in 2012 at a home Olympics and I never thought in my football career I’d get this opportunity to represent Team GB with a lot of my team-mates.

“Overall I’m really excited, really proud, really privileged and hopefully we can do the whole country proud over in Tokyo.

“We feel as though we’ve got the ability, we’ve got the potential to do something special and that’s what we’re gearing up for when we get there.”