Sunday’s Euro 2020 decider between England and Italy will be refereed by Bjorn Kuipers, who has fallen afoul of some finalists despite having not officiated either team at this tournament so far.

England will contest their first European Championship decider after defeating Denmark 2-1 in extra-time on Wednesday, breaking viewership records in the process.

They’ll return to Wembley to face 1968 champions Italy, who defeated Spain via a penalty shootout on Tuesday to reach their third Euro final since 2000.

The BBC’s Simon Stone confirmed Kuipers will take charge of the climactic showdown in England’s capital, the same country where he was recently accused of insulting PSG’s players:

It was during the French outfit’s Champions League semi-final exit to Manchester City in May that the Dutch official was said to have spoken out of turn against certain players.

PSG were losing 2-0 at the Etihad Stadium (4-1 on aggregate) and reduced to 10 men following Angel Di Maria’s dismissal when tensions flared and the two teams had to be reined in.

Midfielders Marco Verratti and Ander Herrera claimed after the match that Kuipers had said “f*** you” on several occasions and told team-mate Leandro Paredes to “f*** off” as well.

Do you think England can best Italy to win the Euro 2020 crown on Sunday? Let us know in the comments section. Verratti and another of PSG’s Italian contingent, Alessandro Florenzi, will be part of the Azzurri squad that hopes to deny England in their quest to bring it home.

Florenzi, 30, is back among Roberto Mancini’s options after recovering from a knee injury he suffered during Italy’s Euro 2020 opener against Turkey.

Verratti, 28, has been a critical member of the team since he was sidelined for their first two games of the competition, starting in each of Italy’s last four matches and providing two assists. Needless to say that pair may not hold the most positive perception of the man taking charge of one of the biggest nights in either player’s careers to date.

City representatives like Raheem Sterling, Kyle Walker, Phil Foden and John Stones may, on the other hand, be more receptive after emerging on the winning side of that European semi.

Eredivisie referee Kuipers did officiate England’s 2-1 win over Poland in qualifying for the 2022 World Cup on March 31. 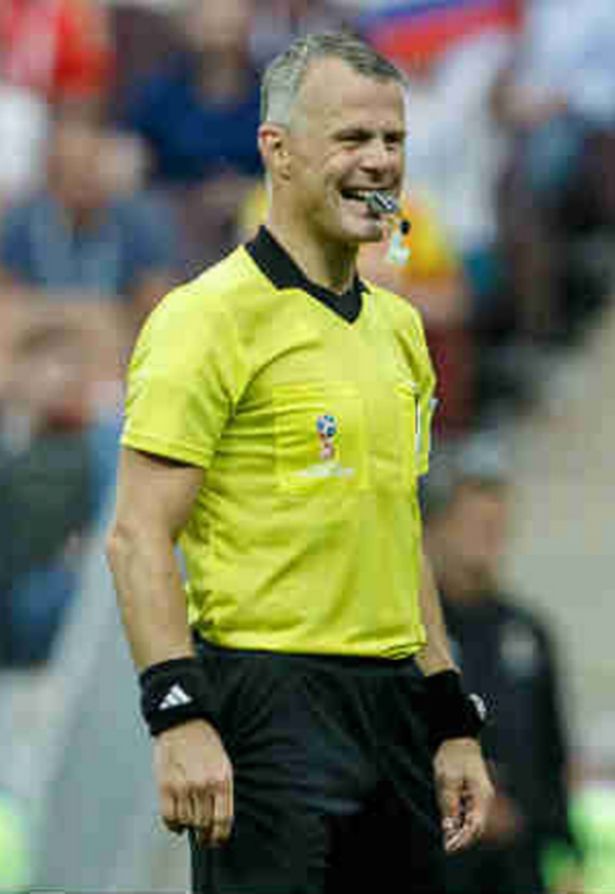 He awarded the Three Lions a 19th-minute penalty after Sterling went down in the box, though that incident was more clear-cut than his controversial fall to earn England a decisive spot-kick against Denmark.

Sunday’s showdown will be Kuipers’ fourth Euro 2020 outing, having also reffed Spain’s 5-0 thrashing of Slovakia, along with two Danish fixtures—the group defeat to Belgium and their 2-1 quarter-final win over the Czech Republic.

A selection of Italy’s newspapers tauntedGareth Southgate’s side as ‘boring’ for ‘needing referee’ Danny Makkelie to progress to the final, setting the stage for a tense decider at Wembley.