Two years ago, Thomas Muller could not shake his anger. While he knew Joachim Low’s responsibility was to make “sporting decisions,” he struggled to shift the personal slight of being unceremoniously dumped by Germany to denote a new era.

Just 28 and having made his 100th national team appearance three months earlier, it felt particularly cruel to him that he would suddenly no longer be in contention to pull on his country’s shirt.

It was the “decisiveness” of the decision Muller struggled to sit with: Why did such a concrete choice need to be made? Why was he turned into an emblem of Germany’s disasterclass at the 2018 World Cup? How could his selfless service to the collective no longer be required? All just like that.

“We are sending a clear signal of renewal,” Low explained.

“We want to give the team a new face. I am convinced that this is the right step.”

Hop, skip, jump into the present and it can’t be argued that Germany erred by applying a fresh coating to their set-up with a talent stream featuring the likes of Kai Havertz and Jamal Musiala.

But when it has come to the crunch, Muller’s conclusion in 2019 that the new generation would benefit from the nous and history of experience from the old guard has been proved correct.

With no margin for error in light of pandemic football with its higher rate of injuries, low recovery time, plus necessity for stability and surety, Bayern Munich’s golden thread has not only been recalled by Low but is seen in the country as one of the cornerstones if the team are to be successful at the Euros.

The manager’s assertion that “you can interrupt an overhaul under the circumstances” speaks to the reality of the heightened pressure of this tournament – his final in charge – under Covid-influenced conditions.

Low, like many of his international counterparts, has been in conversation with coaches across the major leagues to glean the crucial fundamentals of thriving in the current state of play.

Pep Guardiola and Jurgen Klopp underlined a few: a stable core, offensive protection, players that have illustrated mental fortitude and resilience and those you can bank on in terms of being decisive.

Low’s re-introduction of Muller, a World Cup winner who is also a record 10-time Bundesliga champion, and two-time Uefa Champions League holder, ticks all of those boxes. 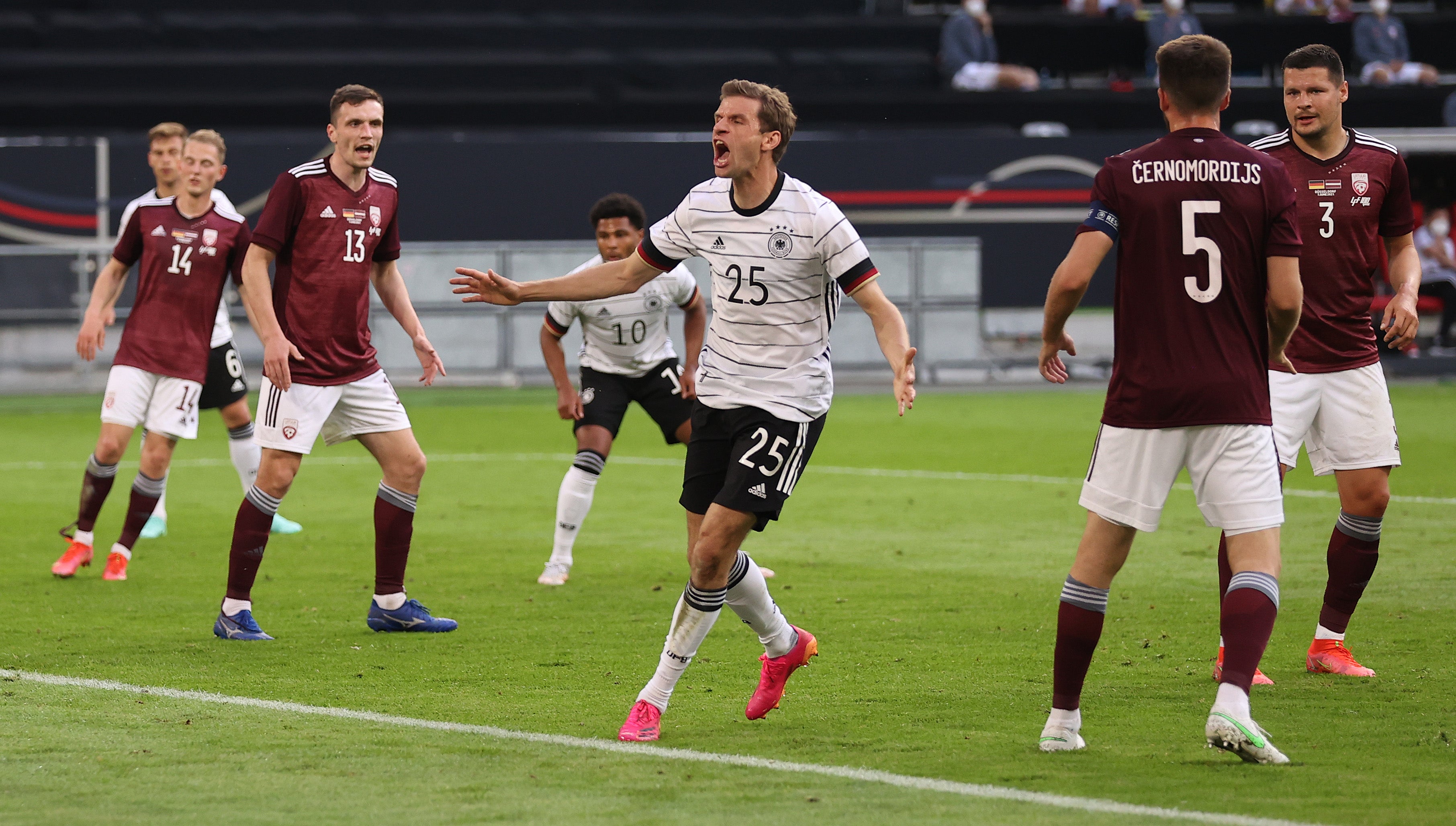 As outgoing Bayern Munich coach Hansi Flick outlined: “He’s got a very good sense of the game tactically and he’s a player who’s very important on the pitch – he’s the coach’s right-hand man. He leads the team at a very high level.”

Muller, the ‘Space Invader’ has evolved into more of a provider. He broke the Bundesliga record for most assists in a single season in 2019/20 and led the division again in the recently-concluded campaign.

“Maybe I’m not a goalscorer anymore,” Muller noted of the adjustment to his game. “I try to be more responsible for the whole team, to give the team structure, organisation and power, and try to get assists.

“I also try to score goals but when I have to decide between going into the box or maybe trying to secure the zone in front of the box for the counter-attack, sometimes I decide for the defensive action. I try to win games, I try to be important for my team but it’s not that important for me to be the top scorer.”

Muller is exactly the kind of trump card needed in a tournament of this magnitude in complex conditions, especially given Germany’s residence in a group that houses world champions France, fancied Portugal, who are defending their crown, and Hungary.

It is why his rebirth is not the sole one that could shape this pool. The strongest squad at the Euros have made an admission of need to by circling back to Karim Benzema.

After nearly six years in the international wilderness on account of his part in the Mathieu Valbuena “sex-tape” scandal, the striker returns as a central figure for France. 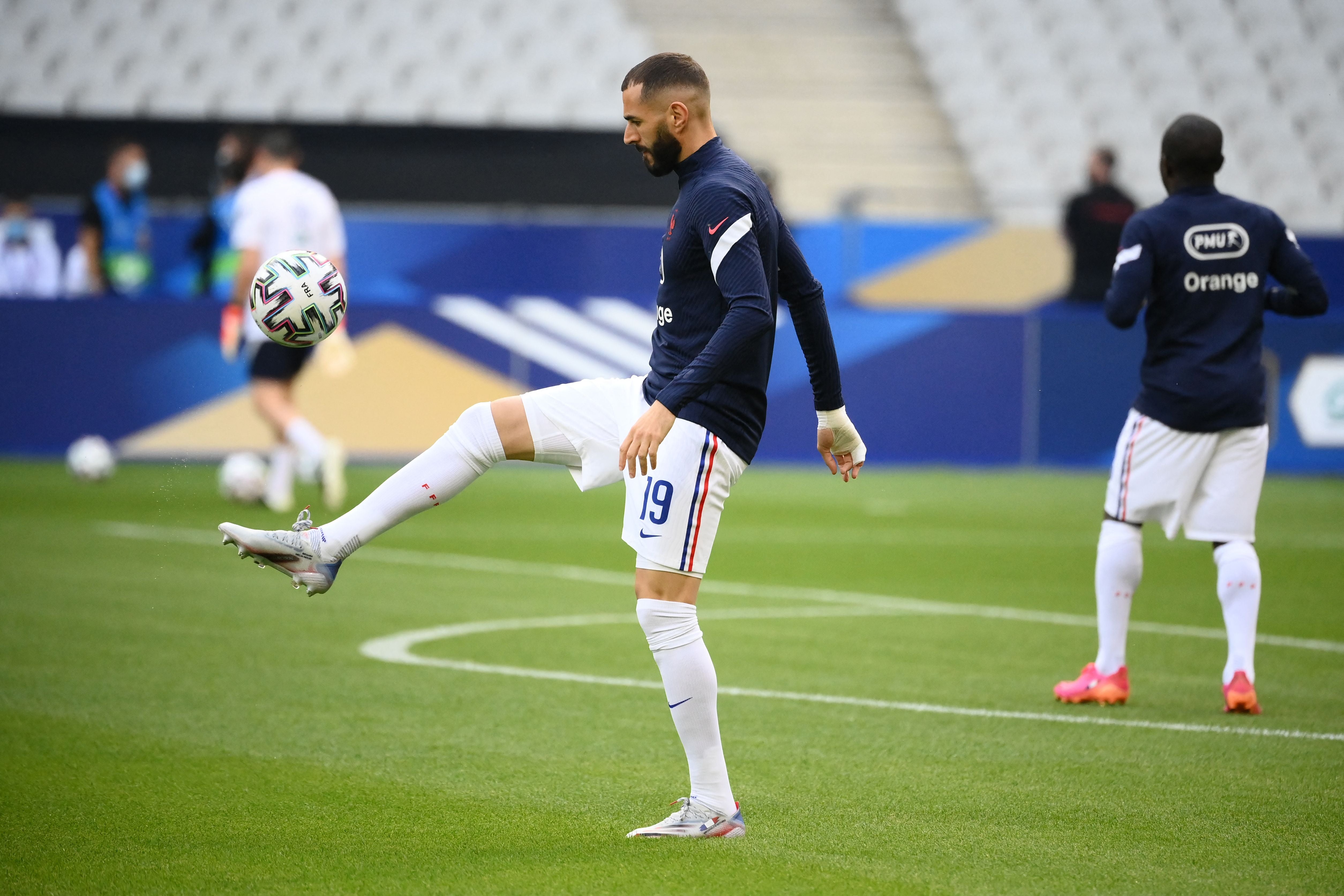 Benzema in training with France

Since 2012, Didier Deschamps has phased out the undesirable elements surrounding the national team to carve out a seriously talented roster that is underpinned by a togetherness.

Regardless of how well Benzema performed on the major stages for Real Madrid, it seemed inconceivable that he would ever be welcomed back to the fold – especially as he accused Deschamps of “yielding under the pressure of a racist part of France” by not selecting him after the scandal.

That still lingers over the forward, who will stand trial in October for allegedly acting as an intermediary between the blackmailers and Valbuena.

But with skyrocketing stakes in a unique situation, Deschamps has placed winning above any hang-ups heading into the showpiece.

“We met, we spoke at length, I then thought very hard and came to this decision,” the France boss said.

Benzema, Real’s only reliable well of goals, has enjoyed a remarkable season and Deschamps’ decision – as well as the reasoning for it – suggests he will be pivotal for France too.

While Oliver Giroud’s selflessness has been a wonderful fit for their philosophy, doing the graft to allow Kylian Mbappe and Antoine Griezmann the headlines, Benzema provides more of a direct threat.

In his own words when compared to Chelsea’s marksman last year: “You don’t confuse Formula 1 with karting, and I am being nice.”

But Benzema has also admitted Giroud’s functionality has served France well. “He is good because there are players like Mbappe or Griezmann who are fast and who play in the channels and pivot around the centre-forward,” was the analysis.

“Him, up top, he weighs on defences, which allows the two others to move a lot and show a lot. He blocks and it works. It won’t be spectacular, he won’t do something amazing, but he has his thing.”

Giroud may not get to do much of his thing with Benzema back.

And so, the fate of a deadly Group F could be decided by the international rebirths of a pedigreed pair.