Everton are close to finalising a free transfer for Bournemouth goalkeeper Asmir Begovic.

The 34-year-old underwent a medical on Saturday after being given permission to talk to the Goodison club, and will provide cover for Jordan Pickford.

Begovic, who played 51 times last year for the Cherries in all competitions and was named in the EFL Championship Team of the Year, will sign a one-year deal with an option for another year’s extension. 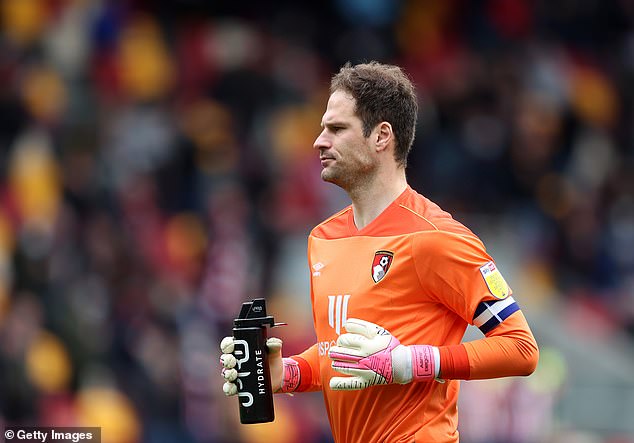 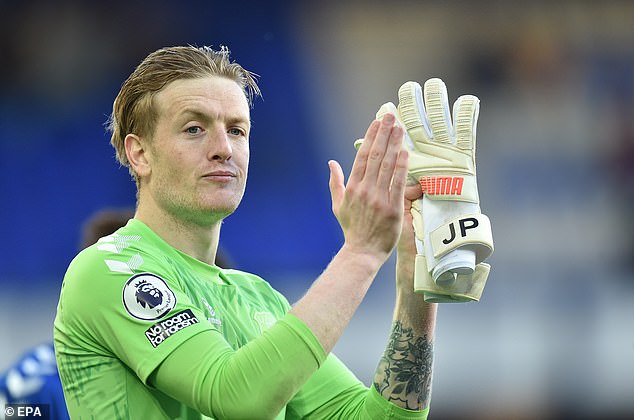 If confirmed, the Bosnia and Herzegovina international will provide cover for Jordan Pickford

Everton were without an experienced backup goalkeeper after Robin Olsen returned to Roma this summer after his loan spell and former Huddersfield man Jonas Lossl left for Midtjylland in February.

Youngsters Joao Virginia, 21, and Harry Tyrer, 19, were thought to be considered currently unsuitable to provide cover in the Premier League.

Bosnia and Herzegovina international Begovic earned a move to Chelsea after several stellar years at Stoke, but left for Bournemouth after two seasons at Stamford Bridge.