Mauricio Pochettino was snapped in attendance at the Emirates with Arsenal legend Ian Wright a while after being sacked from Tottenham. Pochettino visited the Gunners’ ground to watch Arsenal’s U23s lose 4-2 to Manchester City’s U23s on Friday night.

And despite his Spurs past the Argentinean posed for a photo with Wright, who then published the picture on his personal Instagram account.

The 47-year-old is currently a free agent after Tottenham decided to let him go in November just five months after leading the north Londoners to the Champions League final.

The club chairman Daniel Levy decided to make the tough call due to a run of poor results.

Pochettino has been linked with a return to management with Manchester United posing as long-term admirers. 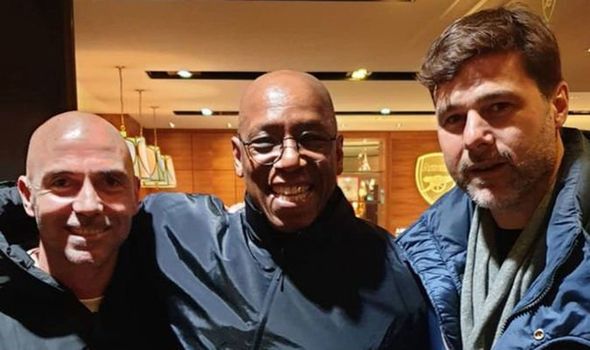 However, United boss Ole Gunnar Solskjaer has steadied the ship and the club are not expected to even consider a change at the helm until the summer.

The Argentine watched Arsenal and City’s young prospects go at it but it was Leroy Sane who attracted the most attention.

Sane competed with the reserves for 57 minutes in his bid to regain full fitness as he is still recovering from an anterior cruciate ligament injury he suffered in the Community Shield win over Liverpool last summer. 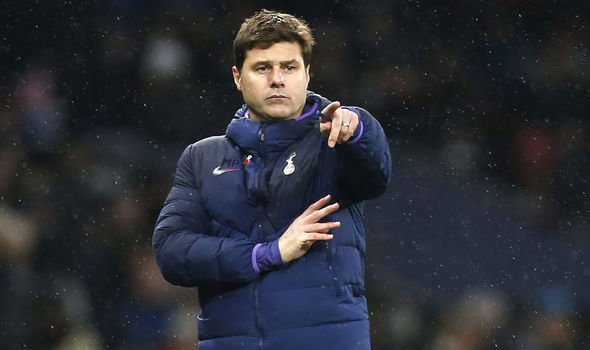 That was the winger’s first game since getting injured but he admits he is not yet back to 100 per cent.

“It was good to get a general feeling of how it is to be back on the pitch and how quick it can all be.

“There’s still a gap until I’m 100% and on the level I was before. There’s no doubt about that, but generally, everything feels good.

“I feel confident and I had no problems, so I am happy with today.

“Of course it would be good if I could get back as soon as possible to the best I can be, like I was before. But I’m not putting a lot of pressure on myself to do that.

“I have to get used to the tempo and how quick it is because if you’re out for the time I was, you have to get up to speed.”

Pochettino witnessed Arsenal’s second defeat at the Emirates within 24 hours as the senior squad suffered a heartbreaking Europa League elimination to Olympiakos on Thursday.