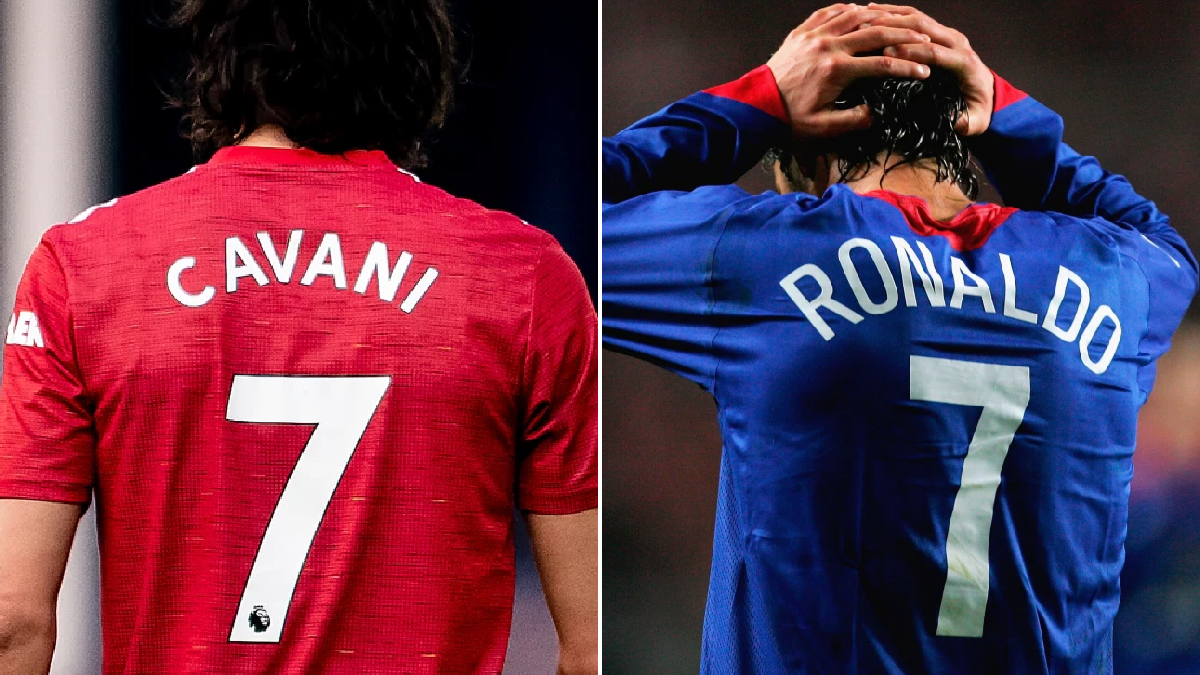 Cristiano Ronaldo could wear two different shirt numbers for Manchester United this season if Edinson Cavani’s decision to hand over the No.7 shirt is not approved by the Premier League.

United sent shockwaves through the football world on Friday after announcing the return of the Portuguese superstar, having moved swiftly to agree a fee with Juventus to bring the five-time Ballon d’Or winner back to Old Trafford.

Discussion has quickly turned to what number CR7 will wear when he dons the famous red shirt once again, with his customary No.7 currently occupied by Cavani.

United legend Rio Ferdinand has already dropped a hint that the Uruguayan has agreed to give his jersey number to Ronaldo – though Premier League rules may prove to be a stumbling block.

‘Cavani, I have to say, what a man! He saw who was coming to town and gave up the No.7 shirt,’ said Ferdinand on his FIVE YouTube show after the transfer announcement.

He then started to backtrack, continuing: ‘Maybe? I don’t know! Does he do that or not?

‘At the end of the day you know what the problem might be is that the shirts have been registered, maybe. And that might be an issue. So he might not be able to be No.7 so we’ll see.’

The problem for United is that they have already submitted their shirt number list to the Premier League and rules dictate that they cannot be changed once assigned except for exceptional circumstances.

‘While he remains with the club, a player will retain his shirt number throughout the season for which it is allocated. Upon a player leaving a club the shirt number allocated to him may be re-allocated.’

That means, unless Cavani leaves the club before the end of the transfer window – thus freeing up the No.7 shirt – he cannot simply let Ronaldo have it and must continue to use it for the rest of the season.

It is possible that United could request special dispensation from the Premier League board to allow the swap, though it has never been granted before.

If having Ronaldo in the hallowed number 7 shirt is not considered a strong enough argument by the Premier League, the 36-year-old could still wear the shirt number in Europe and don a different jersey number in the league.

There are no rules that say players must wear the same shirt number in both European and domestic competition – in fact, Henrikh Mkhitaryan wore the No.7 in the Premier League for United but No.77 in the Europa League – so Cavani could give Ronaldo the No.7 shirt for their Champions League matches.