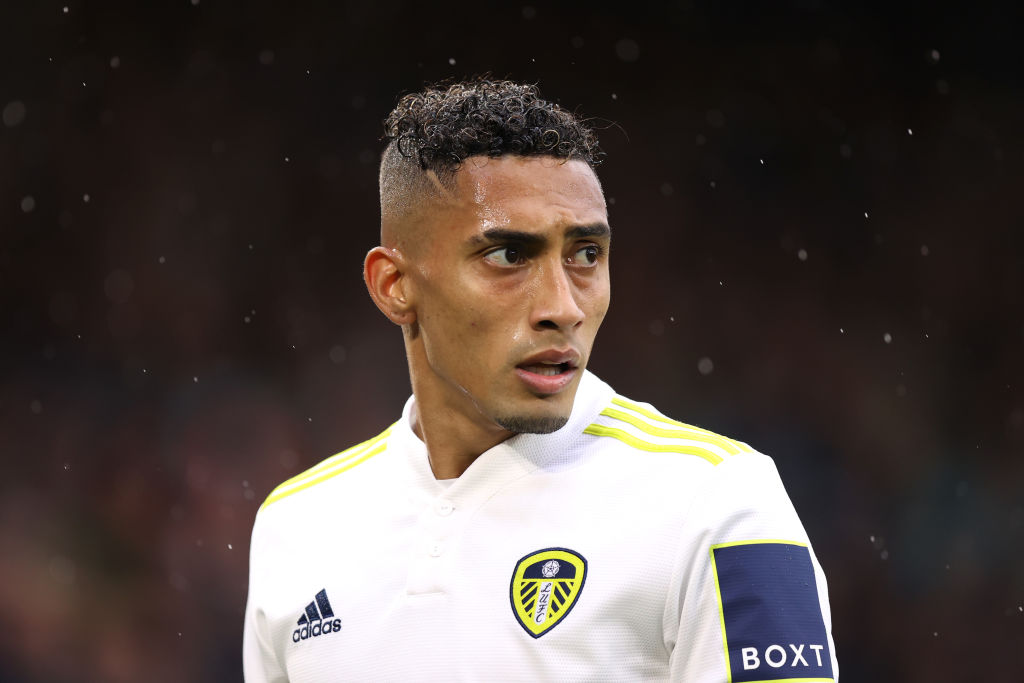 Fabinho admits he ‘expected’ Brazil team-mate Raphinha to join him at Liverpool in the summer.

Raphinha had an outstanding debut season with Leeds last season, racking up six goals and nine assists to help Marcelo Bielsa’s side to a ninth place finish on their return to the English top flight.

Unsurprisingly, the 24-year-old’s performances have not go unnoticed among the Premier League’s elite and reports in Brazil claim his camp have held talks with Manchester United.

Borussia Dortmund and Liverpool were also credited with a strong interest across the summer transfer window but the ex-Rennes man stayed put at Elland Road and has picked up where he left off this term, netting three times in his opening seven appearances.

Raphinha’s impressive start to the campaign saw him receive his first Brazil call-up earlier this month and he received widespread praise for the impact he made off the bench against Venezuela and Colombia in World Cup qualifying.

There are calls for Brazil head coach Tite to hand the versatile Leeds star his full senior debut versus Uruguay on Friday.

Asked about his team-mate ahead of the clash, Liverpool midfielder Fabinho said: ‘Raphinha, since he arrived in the Premier League, has been performing and standing out very well at Leeds.

‘Even in the summer transfer market, there was some talk that he could go to Liverpool, I even expected that to happen, but he stayed at Leeds.

‘Today he is the best player in Leeds. Whenever a team is going to play against them, they know that Raphinha is the player who can cause the most danger.

‘After his first call-up, he started very well in both games, he made an impact against Venezuela, he played a part in the three goals. Against Colombia, he came in and played very well.

‘The attributes he has are very unique. A left-handed player who can go either way. This is very important for our team. Against Colombia he made the best plays of our team and he can help us a lot.’

Raphinha, who is tied into a contract at Leeds until 2024, insisted he was ‘not even thinking about leaving’ while speaking with UOL Sport back in May.

‘It is difficult to explain how I feel when I hear speculation about giant teams like Liverpool and Manchester United being interested in signing me,’ he said.

‘Man, I grew up watching these teams on TV. I saw [Wayne] Rooney, [Ruud] Van Nistelrooy, Cristiano Ronaldo, but I also saw [Steven] Gerrard, as well as others like [Thierry] Henry, Deco, [Frank] Lampard.

‘There are so many players of such quality that it is difficult to say if I mirrored one of them.

‘I think I mirrored the league, you know? I loved watching it and dreamed of playing here.

‘I am not only talking about the other clubs, but also Leeds, who were the ones who took a chance on me.

‘They are all very nice, including the supporters who seem to have a great affection for me.

‘I have four years remaining on my contract and I’m not even thinking about leaving here for exactly this reason: I am happy and making others happy.’