‘We’re all confused, I’m baffled’: Fans and pundits alike are dumbfounded by Karim Benzema’s late first half strike being chalked off for Real Madrid after the ball appeared to come off Liverpool midfielder Fabinho

Fans and pundits alike were left dumbfounded by the decision to disallow Karim Benzema’s late first half strike.

Benzema thought he had put Real Madrid ahead late on in the first half only to see the linesman had his flag up and that decision was ratified after a length video assistant referee check.

The ball had appeared to come off Fabinho into the path of Benzema, but the Brazilian’s touch to the Frenchman wad adjudged to be accidental and as such the goal was ruled out. 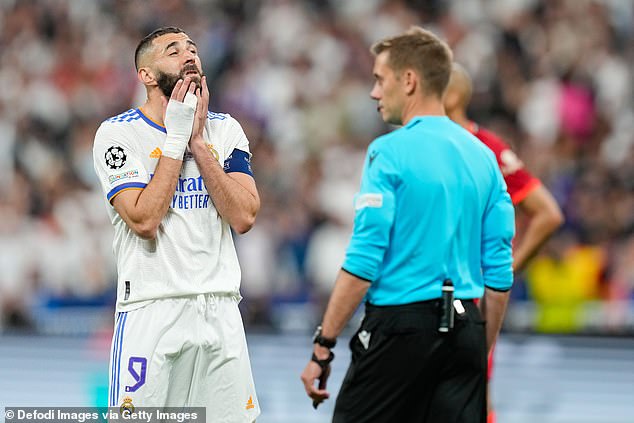 BT Sport’s pundits, and fans on social media, were both left ‘baffled’ by the decision to disallow the goal.

Meanwhile, Michael Owen, working alongside his former Manchester United team-mate, said: ‘Liverpool have been dominant. It does come off a Liverpool player. The ball goes forward to start with. 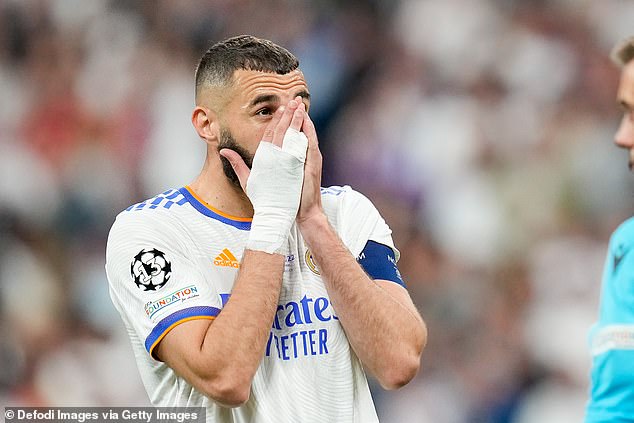 ‘I’m not sure whether it takes a bounce back towards the goal and then takes a touch of another Liverpool player. It makes me feel like it could be a goal.’

However, Peter Walton clarified the decision: ‘Benzema is in an offside position. The offence is committed if the ball is played back to him. 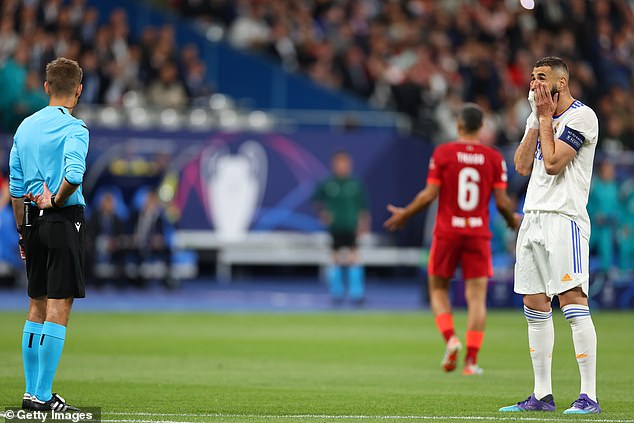 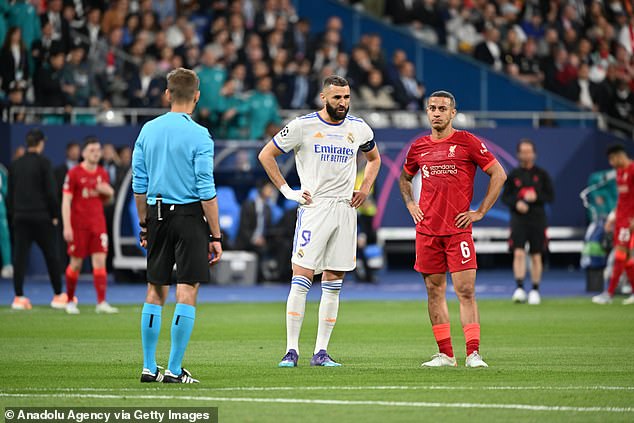 Fans on Twitter however did not accept Walton’s explanation.

One wrote: ‘ROBBERY! FRAUD! CORRUPTION! Don’t get on the bad side of Benz!’

‘Fabinho knee slides into the box and hits it straight to Benzema who scores but VAR say it’s offside this is ridiculous,’ another noted.

While another said they could not understand how the officials came to the decision they did.

‘Absolutely scandalous. Konate stops Valverde’s shot, comes back out, hits Fabinho and rolls to Benzema. How can they get it so wrong?’ they wrote.

One fan, however, noted why the goal was disallowed according to the letter of the law.

‘It was offside because the deflection was accidental. Harsh for some, but by the rules of the game we’ll take that and escape being punished for our defending,’ they wrote.