Fans took to social media to express their anger Tyler Morton was not sent off for a reckless challenge on Ricardo Pereira in Liverpool’s win against Leicester.

The Reds sealed their progression to the Carabao Cup semi-finals – where they will play Arsenal – after a penalty shootout victory against the Foxes at Anfield on Wednesday.

Jurgen Klopp’s men came from 3-1 down to take the game to spot kicks, with Alex Oxlade-Chamberlain, Diogo Jota and Takumi Minamino all on target. 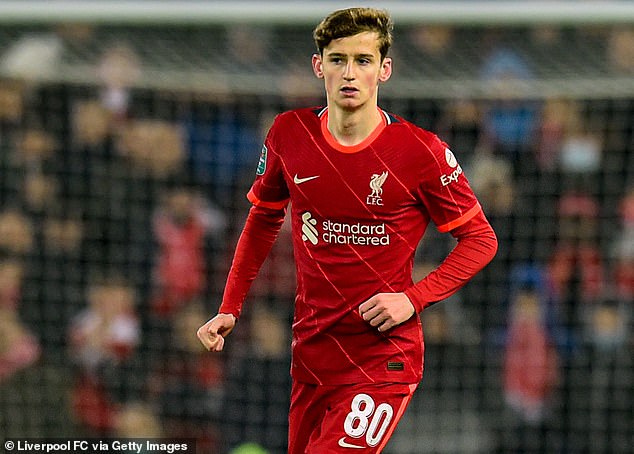 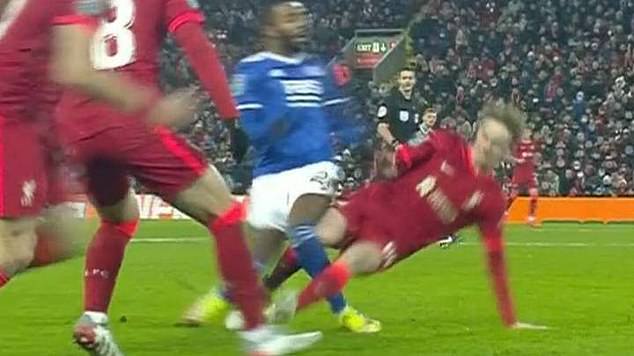 But they may have found it tougher had they been reduced to 10 men when 19-year-old midfielder Morton left the ground and clattered into full-back Pereira, who latter hobbled off the pitch.

Referee Andrew Madley only showed the Reds youngster a yellow card for his challenge in the 10th minute of the quarter-final tie, but some fans were left fuming that he was not given his marching orders.

One wrote: ‘Still can’t work out why that Morton wasn’t sent off for that tackle of Ricky P. Was an awful challenge.

‘Wonder if Liverpool fans will say it was correct decision after their tears at the weekend.’ 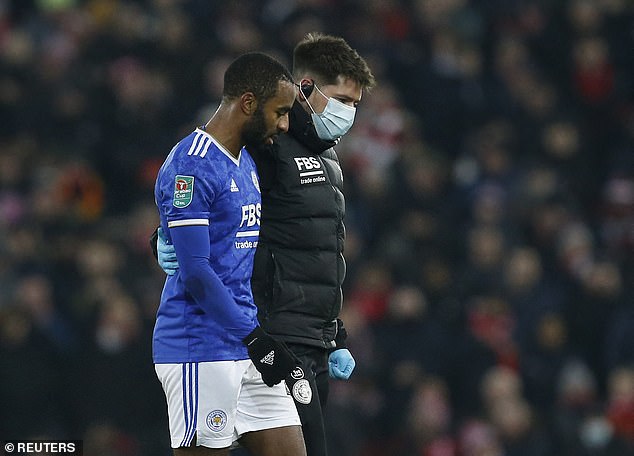 Those tears referred to Harry Kane’s challenge on Andy Robertson in last weekend’s 2-2 draw between Tottenham and Liverpool in north London, with many Reds fans believing the England captain should have been shown red.

Another argued on similar lines, stating: ‘The same fans that were going crazy about Kane not getting sent off are the same ones trying to argue that Morton’s wasn’t a red.’ 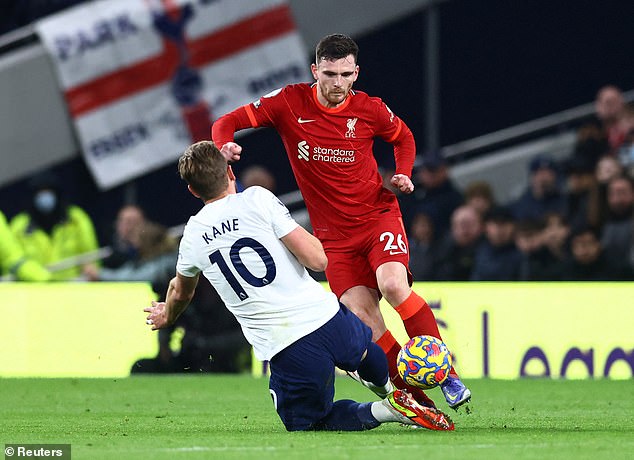 ‘That is a clear, absolutely 100 per cent red card. Very often, you cannot see it clearly or whatever, but this situation, if Andy Robertson’s foot is still on the ground, his leg is broken. I think we all agree on that. Luckily for both it was in the air. It is still a red card but the ref saw it differently.’

But fans questioned how the German would have reacted to Morton’s challenge, stating: ‘Side note, given Klopps recent comments about Kane, I will be interested to hear his thoughts on Morton’s horror challenge tonight.’

Another meanwhile said: ‘Can’t wait for Klopp’s comments on the blatant red card challenge by Morton, let me guess he didn’t see it?’