‘Tackle of the century!’: Fans hail PSG defender Presnel Kimpembe’s INCREDIBLE last-ditch challenge on Burak Yilmaz… despite pulling his hamstring as he chased after FOUR Lille stars in on goal!

Paris Saint-Germain defender Presnel Kimpembe fell into the latter category on Sunday night when, in the 79th minute with his side drawing 0-0, Lille launched a counter-attack from a corner.

Kimpembe was the one-man last line of defence but as he sprinted back, he injured his hamstring. 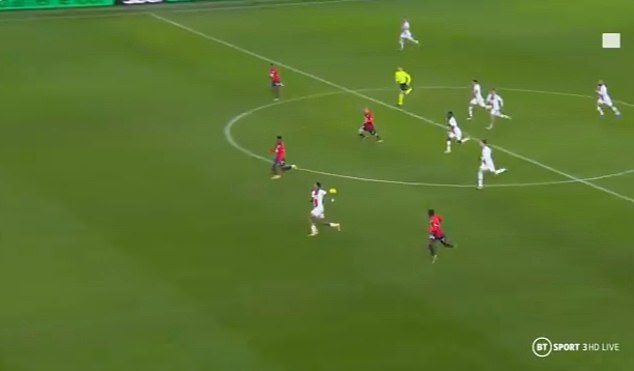 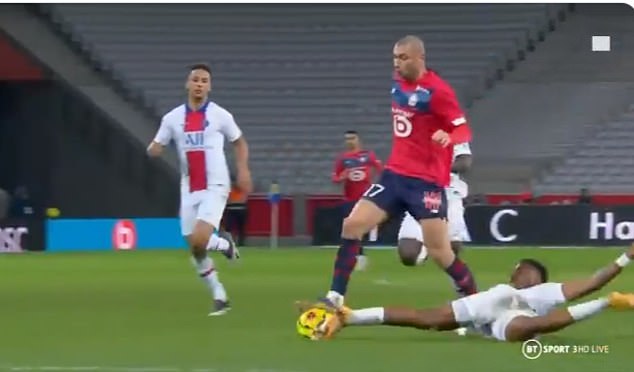 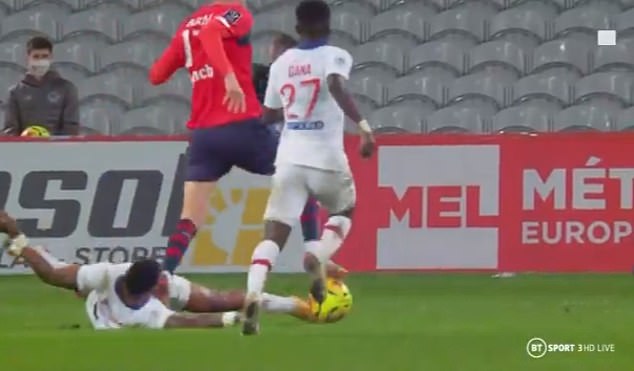 The 25-year-old can be seen to react to pain in his leg as he changed direction when the ball was threaded into the path of Lille’s onrushing striker, Burak Yilmaz.

But Kimpembe kept going and as Yilmaz surged forward, the defender slid across with a perfectly-executed tackle to steal the ball from the Lille attacker’s feet before kicking it clear while still on the ground.

‘Tackle of the century,’ said one user on Twitter. ‘Never seen a more perfect tackle, especially while pulling a muscle.’ 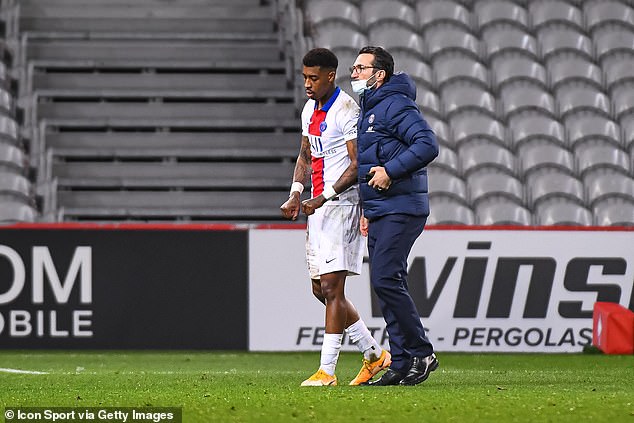 Another said that for Kimpembe, that tackled would have felt ‘better than scoring’.

The game finished goalless but Kimpembe’s match finished immediately after his game-saving intervention.

He was forced off due to the hamstring issue he picked up and was replaced by Mitchel Bakker for the final 10 minutes or so of the match. 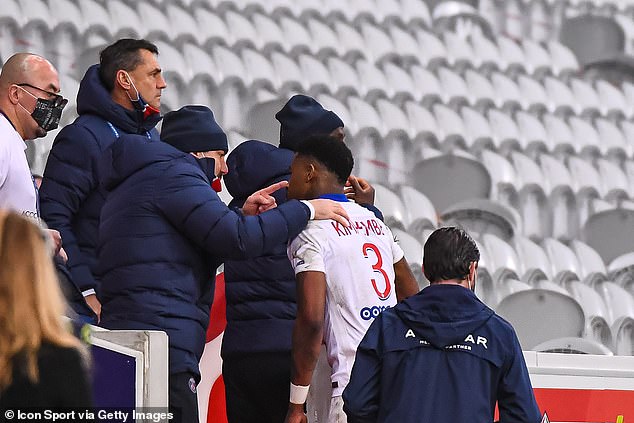 The draw was crucial for Lille – it keeps them at the summit of the Ligue 1 table but the battle for top spot is surprisingly close in France at present.

PSG, meanwhile, are third on 32 points. They are next in action on Wednesday night, at home to Strasbourg but man of the moment Kimpembe won’t be featuring.