It’s been a fairytale few months for Nathan Rooney. He has taken a one-time pub team from Gibraltar into Europe then got married to a Liverpool right-back. Come Thursday it could get even better.

Rooney is the former Blackburn Rovers and Crawley Town coach who is now managing FCB Magpies and, on Thursday night, they face Northern Ireland’s Crusaders in the first leg of their Europa Conference League qualifier. The prize for the winners is a glamour tie with Swiss side FC Basle.

‘This was the dream when I came here,’ say the 32-year-old who only took over in January. ‘Fingers crossed it goes well, as to be playing in a game like this gives us a great platform.’ 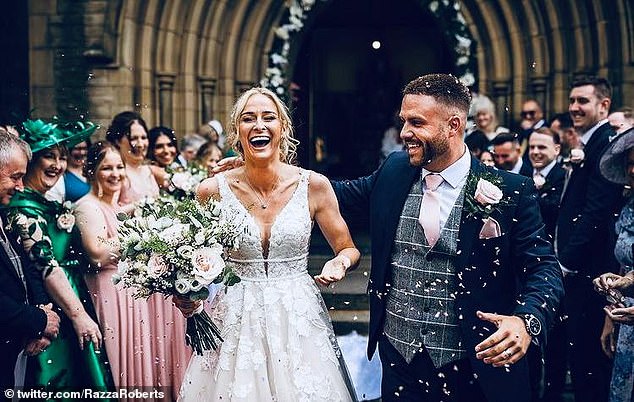 Not that he’s been short of the limelight lately, although that’s mainly down to his new wife, Liverpool and Wales defender Rhiannon Roberts.

It was inevitable at the reception of their recent nuptials, that a girls v boys kickabout amongst guests ensued and Rhiannon, still resplendent in her white wedding dress, played a one-two with her Liverpool team-mate Jasmine Matthews before nutmegging the goalkeeper to score. Footage went viral with over 240,000 views on social media, causing a stir even in neighbouring Spain.

‘I’m glad I put my father-in-law in goal,’ laughs Rooney, ‘but it was a fantastic day. We’d been planning the wedding for over three years but kept having to put it off because of Covid so you can see the elation of the day in that clip when everyone is celebrating.’

After a quick honeymoon in Rome though, Mr and Mrs Rooney are back to their respective football lives. For Rhiannon it’s pre-season training and for Nathan the small matter of putting Magpies on the European football map.

The club was only formed in 2013 by a group of friends who drank at Bruno’s Bar and Restaurant, hence ‘FC Bruno’s Magpies’. The challenge, was thrown down to him by club co-chairman Haig Oundjian, a former Olympic figure skater and ex Watford chairman, who on studying Rooney’s CV saw similarities with former England manager Graham Taylor, the man who took Watford from the fourth division to the first in five years. 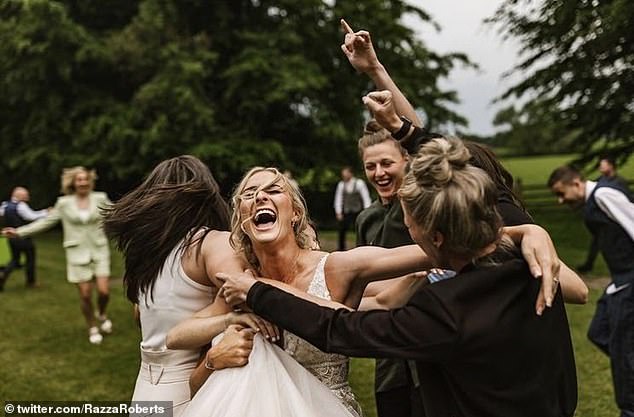 ‘Haig’s a great character, full of passion with some great stories,’ says Rooney. ‘Not just about football but life. He worked with Elton John at Watford and when he says things like he did about Graham Taylor, it gives you great belief.’

Taylor was the same age as Rooney when he took over at Watford but Oundjian’s analogy was formed after noting his new manager has never been afraid of working at football’s coalface in order to reach the top.

Rooney had already coached at Blackburn Rovers, Fleetwood, Crawley Town, Carlisle United and Port Vale prior to his Gibraltar adventure.

He readily admits that by 18 he no longer had the passion to be a player at Blackburn but coaching was something he was ‘always set to do’. By 22 he had his UEFA A Licence and was acknowledged for being ahead of his time; never fazed by challenging dressing rooms or dealing with players older than him. He drew on advice from mentors such as Blackburn coach David Lowe, ex Wimbledon boss Stuart Murdoch and Uwe Rosler who outlined the art of responsibility by telling him bluntly: ‘You have to do your job or get out.’ At Crawley, he was assistant to Gabriele Cioffi who last month was appointed coach of Hellas Verona in Serie A. 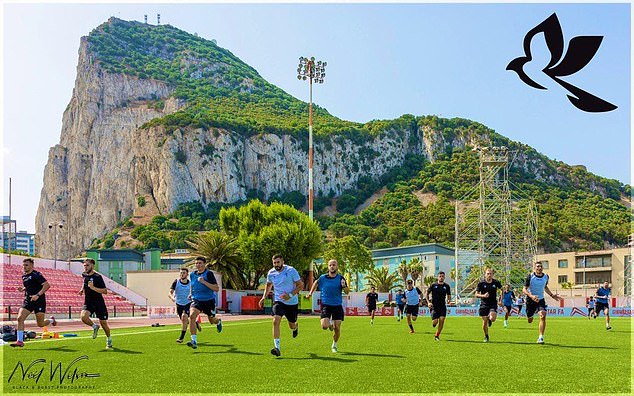 ‘I’ve always related better to the older guys in the dressing room,’ says Rooney. ‘I suppose testimony is that David and Stuart were at my wedding! The key is always to believe in the message you are delivering. Dressing rooms are an unforgiving environment so you need to be confident and clear with what you put across.

‘I’ve never been afraid of getting my hands dirty to learn more. Whether you’re on the perfect training pitches of Blackburn Rovers or the mud and muck of a local park, you make good of what you have.’

One disadvantage of Rooney’s apartment in Gibraltar, depending how you view it, is that he has been unable to watch an English TV channel for the past seven months. The upside is that his copy of Sir Alex Ferguson’s autobiography is well thumbed while he has also absorbed ‘The First 100 Days: Lessons in Leadership from the Football Bosses’, a go-to read in all coaching circles. It has all helped shape this young coach into a more rounded manager.

‘When I was asked to take over at Magpies, the idea was to make the top six, then maybe Europe would be a bonus. We finished well in the league and lost out in the last ten minutes of the cup final. Ultimately, your attitude to work and being better is what makes you. The tougher the environment sometimes, the greater the satisfaction.’

That’s certainly the mantra as Rooney prepares Magpies for their game against Crusaders.

The standard in Gibraltar is akin to League One and Two. His squad is a mixture of part-timers and professionals. There are customs officers, firemen, police officers and shipping agents such as Gibraltar international forward Kyle Casciaro, who is two years older than Rooney at 34.

‘The attitude of the guys has been great. We’ve got some great characters,’ he says. ‘When I came in, it was a quiet culture and it was about changing the intensity, putting ideas across and getting a better structure. We try to make it as professional as possible putting on two or three training sessions in the day and some at night so the guys who have other jobs can train too. They’ve worked hard for this moment and for many, playing in the Europa Conference is a once in a lifetime experience.’

So what’s the goal?

‘Who knows? I may end up in Greece or Italy next year but the dream is to go back to England and coach in the top divisions. I’ve had offers but we want to make everyone at Magpies proud of us and then see where it leads. We want to take this as far as we can.’