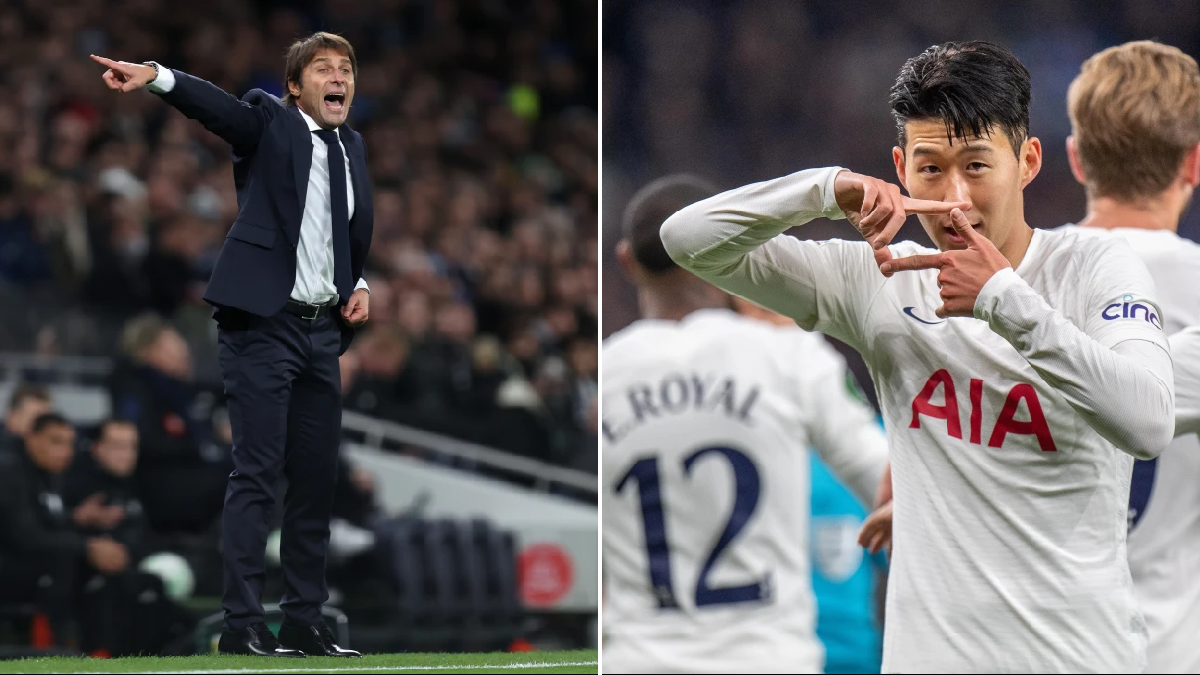 The Antonio Conte era at Tottenham is well and truly underway and if his first game is anything to go by it’s certainly going to be a rollercoaster of emotions.

Tottenham edged a 3-2 win over Vitesse Arnhem in the Europa Conference League this evening as the Italian boss got off to a winning start despite only have a couple of days at the training ground.

His predecessor Nuno Espirito Santo lasted just 17 matches at the helm and Conte is the man tasked with turning things around in the capital.

Metro.co.uk takes a look at what we learned from the former Inter Milan manager’s first game in charge.

Whether it’s players wanting to impress their new manager or running harder than they ever have before through fear of getting the hairdryer treatment for not, Spurs were on it right from the start.

Heung-min Son almost scored inside five minutes as Spurs got numbers forward early on and looked dangerous every time they carried the ball forward – a clear contrast from Santo’s reserved style of play.

Spurs weren’t able to maintain their levels of intensity throughout the second half but Conte will no doubt have his coaching staff working on their fitness in the coming weeks.

Having gone three goals up after 28 minutes, the crowd were already belting out chants of ‘Antonio, Antonio’.

Santo was never Tottenham’s first choice in the summer and his appointment was largely met with uncertainty among the Spurs faithful.

But serial winner Conte brings a sense of optimism and hope back to north London and whether it’s chants of his name or Italian flags being displayed inside the stadium, a connection with the fans is important for any winning side.

Take Jurgen Klopp and Liverpool’s connection, City fans and their respect for Pep Guardiola, Chelsea supporters falling in love with Thomas Tuchel and of course Spurs fans and their previous admiration of Mauricio Pochettino.

It’s early days but this could already be the start of a special bond between Conte and the fans which will be key to how long the 52-year-old stays in charge.

The atmosphere tonight was anything but the flat one experienced in Santo’s last game in charge on Saturday.

It’s no secret Conte loves to get the best out of his wing-backs and his first game in charge saw him make one change from the 3-0 defeat to Manchester United last time out.

Sergio Reguilon replaced Giovani lo Celso in the only change from Santo’s final game and the Spaniard spent large parts of the game up and down the left flank.

Emerson Royal was tasked with a similar role on the opposite side and Conte will already be looking at who can be his secret weapon this season having made Victor Moses a huge success in that position during his time at Chelsea and Inter Milan.

While he’ll have a huge task on his hand in trying to convince Harry Kane to buy into his project and stay at the club, one man he can always depend on is Son.

The South Korean took just 14 minutes to grab the first goal of the Conte era and he is no stranger to delivering the goods when it comes to major changes.

It doesn’t matter what position or formation you play him in, Son often steps up and Conte will know he can always rely on the 29-year-old regardless of what happens to Kane.

Spurs may have gone three goals up but their usual silly mistakes at the back almost proved costly.

Conte will have been fuming at the defending for Vitesse’s first as Eric Dier lost his man from a corner as Jacob Rasmussen headed home.

Another sloppy mistake would soon follow, Lucas Moura this time giving the ball away near the full-back spot and Yann Gboho picking out Matus Bero to draw the visitors back into the game.

Things got a whole lot trickier for Spurs in the second half as Cristian Romero clumsily brought down Lois Openda for a second bookable offence and rightly received his marching orders.

Conte is no-nonsense when it comes to silly mistakes and players will soon discover his ruthless side if they don’t fix up.

Spurs looked vulnerable at the back throughout and no doubt the Italian’s main priority in the next few weeks will be tightening up the defensive line.

If the defence hasn’t bought into Conte’s playing style by January then expect a few new faces to arrive in the transfer window.