Manchester United are unexciting to watch and did not do the FA Cup justice in their unconvincing third round win over Aston Villa, former England defender Micah Richards has said.

Scott McTominay’s early decisive header was one of few highlights for the hosts on a night when Villa came agonisingly close to equalising as part of another poor United display following their defeat to Wolves at Old Trafford in the Premier League.

Ollie Watkins hit the crossbar in the first half and Danny Ings had a goal ruled out by VAR before Watkins saw a strike chalked off for offside as United clung on to progress 1-0. 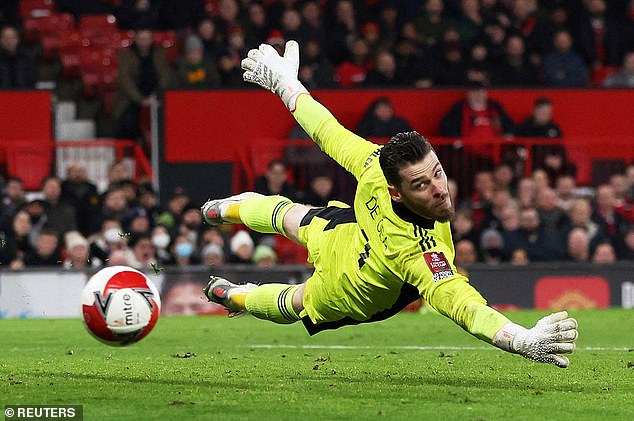 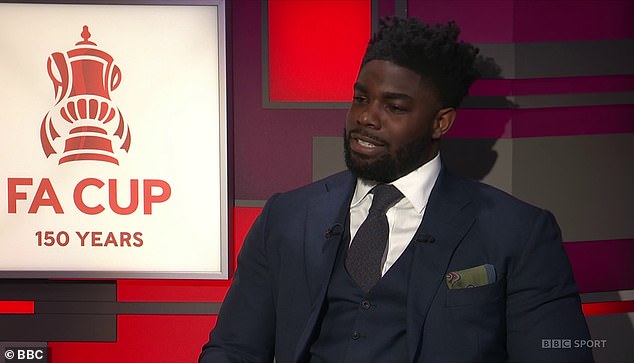 Richards told BBC Sport: ‘It was typical Man United again – underwhelming, not great. You look at Man United and, to be honest, you don’t know which Man United are going to turn up.

‘They started well but Villa were the best side. The game’s about scoring goals and Villa couldn’t do that today.

‘McTominay came up with an important goal but, watching United, it’s not the same. This is at home in the FA Cup, it’s a brilliant competition. We just want to see a little bit more.’

After winning their first two matches following the appointment of new boss Ralf Rangnick on November 29, United have won three of their last six games – all against sides in the bottom three of the Premier League. 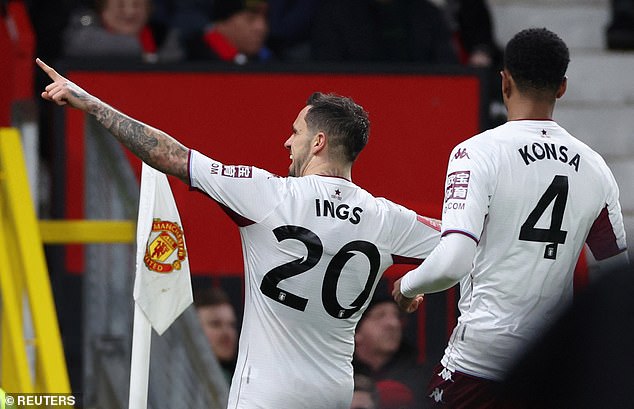 Danny Ings scored one of two disallowed goals for Villa, who also hit the bar and bossed spells 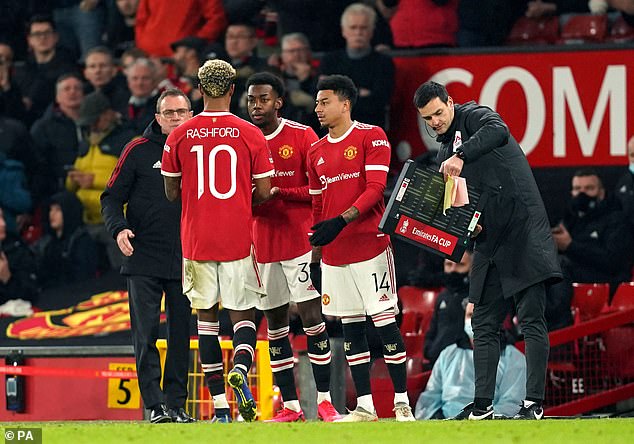 The Red Devils have scored more than once in just one of their last seven fixtures and are 22 points behind table-toppers and arch-rivals Manchester City, as well as sitting 11 shy of third-placed Liverpool.

Ex-City star Richards was impressed by Villa and saw hope for United in the much-needed win and the late introduction of 19-year-old winger Anthony Elanga.

Richards said: ‘They won today, so you have to take the positives but they were nowhere near good enough. It took for Elanga to come on to get the crowd going.

‘I thought Aston Villa were really good. It was sloppy to concede but their counter attacking and organisation was great. It was a typical [manager] Steven Gerrard performance but they just couldn’t get the goal.’

All-time Premier League top scorer Alan Shearer believes Villa should have levelled, saying: ‘When [they] look at the number of chances they had, they should have scored. They’ve done enough to at least get to extra-time.

‘Man United – all I can say is they’re through. Poor performance again, I thought, and second-best for large parts of that second half.’