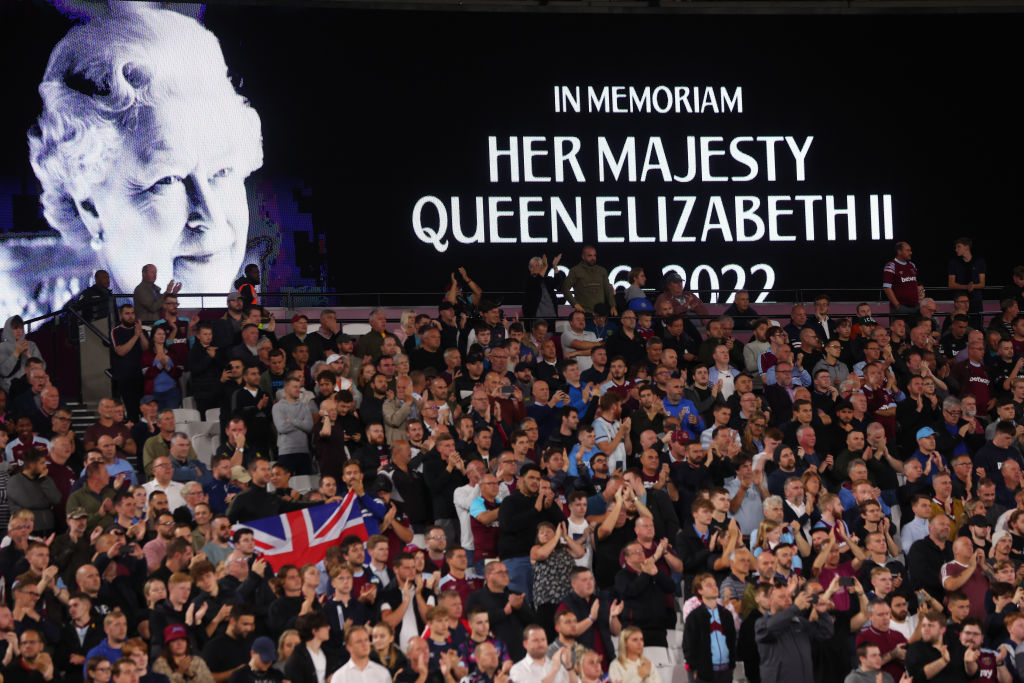 The decision to postpone all football in the United Kingdom this weekend was partly motivated by fears that fans would not universally respect tributes to the Queen, according to reports.

On Friday, Premier League, EFL, WSL and even grassroots football was suspended as a mark of respect to the Queen, though the move was at odds with most other major sports.

Cricket, rugby, golf, horse racing and other events will continue over the weekend, with football’s decision largely greeted by a backlash from the likes of Gary Neville and Piers Morgan who felt it should have gone ahead as scheduled.

According to the Daily Mail, the possibility of staging Premier League matches with appropriate gestures and messaging was debated but ultimately vetoed.

Part of the reason behind that decision owed to concerns that some supporters may not respect the tributes and potentially cause ‘global embarrassment’ for the league and wider football community.

Top-flight clubs feared the potential for scenes such as those at Shamrock Rovers’ Europa Conference League match against Swedish side Djurgardens on Thursday, where supporters sparked outrage by signing offensive songs.

While that was likely to have stemmed from Irish Republican sentiment, some English clubs also have politicised elements of their fan base – something which will not have gone unnoticed by the clubs themselves.

Her Majesty Queen Elizabeth II has died after 70 years on the throne, with her death announced by Buckingham Palace on September 8, 2022.

She died at the age of 96 at her home in Balmoral, with her son, the now King Charles, and daughter Princess Anne by her side.

It was the Premier League board’s unanimous recommendation to postpone the weekend’s matches and while it was debated, the decision was accepted by all 20 clubs.

They intend to resume the schedule next weekend but with the Queen’s funeral expected to take place on Monday 18 September there are concerns that policing logistics may cause fixtures to be impacted.

There is an expectation that the Met Police will require an increased presence in London next weekend with people travelling to the capital ahead of the funeral.

But a host of matches are scheduled to take place in London, with Tottenham hosting Leicester on Saturday, Arsenal travelling to Brentford for a 2pm kick-off on Sunday and Chelsea hosting Liverpool later that same day.

According to The Guardian, there is an acknowledgment that losing two full rounds of matches would be a nightmare given how congested the calendar already is due to the World Cup.

As such, the Premier League would be willing to have a partially completed round of fixtures and will try to host as many matches as they can, with those teams playing on Sunday most at risk of missing out.