Football’s come home but will England even feel the difference? Home advantage at Euro 2020 producing mixed results with only Italy and Holland taking full advantage so far

This summer is proving to be another interesting experiment in football’s new normal.

With no single host nation, no one side is enjoying the profits of home comfort. Instead, we have 11 host cities and nine different countries playing on home soil.

History suggests that should give them a leg-up. Russia, England, South Korea, Uruguay, Italy, Sweden, Argentina and France are among the previous teams carried to glory or unprecedented success when the party has landed in their own back garden. 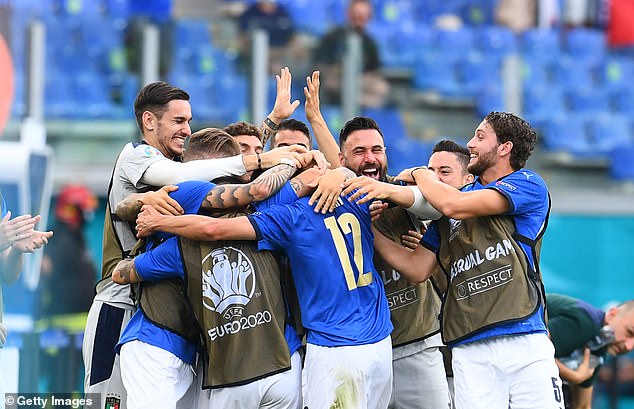 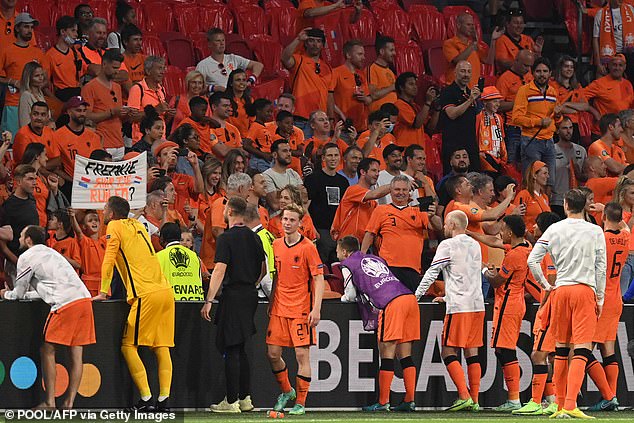 This summer? Not so much.

Italy’s clash with Wales in Rome was the 18th match of Euro 2020 played in one of the teams’ back yard. So far we have seen eight home wins, four draws and six away wins.

Only Holland (two wins from two) and Italy (three wins from three) have enjoyed a bump-free homecoming.

England have four points from six at Wembley, while Hungary picked up a famous draw against world champions France in their capital Budapest.

For others, though, what home advantage? Denmark have lost both matches in Copenhagen, while Spain’s two games in Seville have brought only two points. 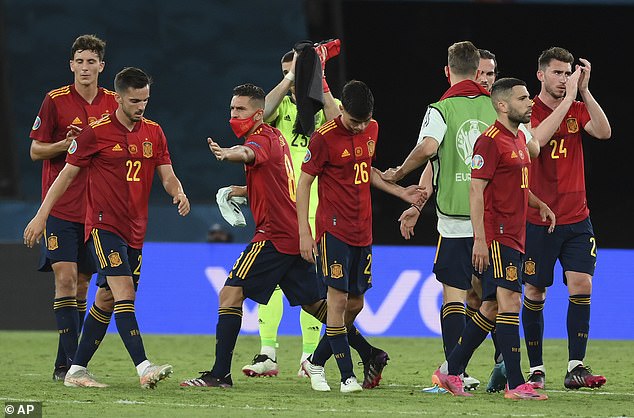 Even the group of death has not been knocked askew by this format. France edged Germany in Munich. On Saturday, at the same ground, Joachim Low’s side came from behind to beat Portugal.

Many expected advantages — support, officiating bias, travel, familiarity, even expectations — to disappear amid the echoes of empty grounds. In March, researchers who compared more than 1,000 professional matches behind closed doors with 35,000-plus with crowds found home advantage had fallen by about a third. But the drop-off, they said, was not ‘statistically significant’.

In the Premier League, the home win ratio has historically been 46 per cent. 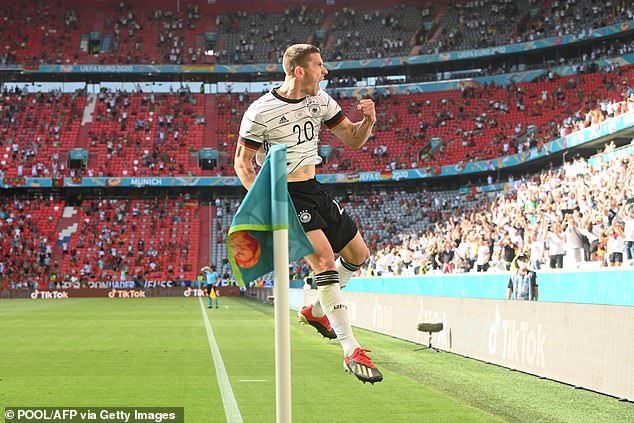 From Project Restart to February 2021, that remained consistent — even though away wins increased by 26 per cent from pre- to post-lockdown.

So far at the Euros, 44 per cent of games have ended in home wins. The key difference at major tournaments is that a host nation never usually plays away.

Not so this summer. These home grounds are at varying levels of capacity, too. The knockout stages will soon head to Wembley, but will England actually reap the rewards of football coming home? 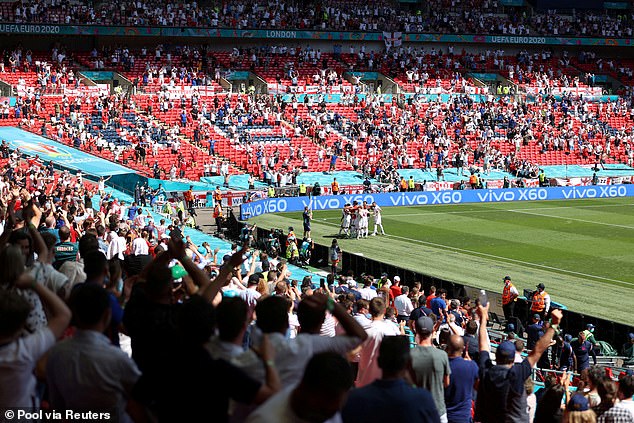 The knockout stages will soon arrive at Wembley but will England actually benefit from it?

You will remember Sportsmail’s gripe about split-second delays which resurfaces every other summer. Nothing kills the buzz of tournament football like hearing neighbours cheer while your television plays catch-up.

The only crumb of comfort? It can make for hilarious pranks.

Some fans in Holland noticed their TV was 30 seconds ahead of those watching next door.

So when a chance went begging against Austria, they celebrated the phantom goal anyway, and then watched excitement grow (and soon plummet) on the other side of the fence. What’s Dutch for schadenfreude?