‘Your natural reaction would be to go in there’: Frank Lampard backs Eric Dier after fan confrontation and insists players deserve more credit for not snapping back

Frank Lampard believes top players deserve more credit for not snapping in the face of abuse from fans after Eric Dier clambered into the stands to confront a supporter.

Dier is expected to face disciplinary action from the FA after he challenged someone arguing with his brother following Tottenham’s FA Cup defeat by Norwich.

Both Manchester United and the police, meanwhile, are looking into vitriol hurled at Jesse Lingard following their win at Derby. 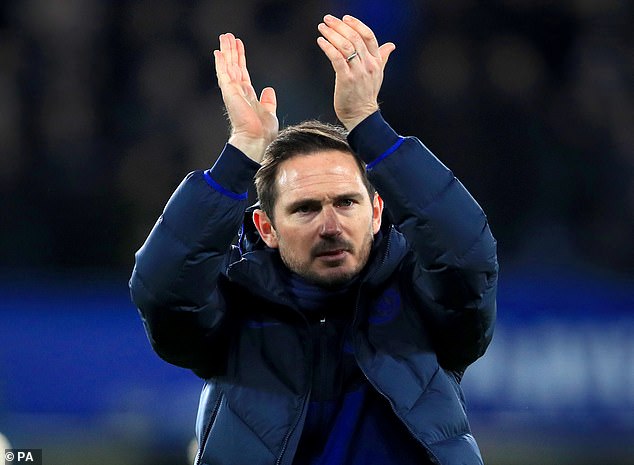 Lampard called Dier’s reaction ‘natural’ – he remembers family members overhearing insults directed at him during his own playing days and claims the ‘pantomime’ nature of football sees some forms of abuse simply accepted.

‘I think players should be given a lot of credit sometimes that they hold themselves in certain moments,’ he said.

‘We talk about certain types of hate in the game, and we analyse them, and then other types of hate seemingly are OK to say something to you or about your family. I have heard all of that and sometimes you don’t pick up on it and it’s all OK because of the pantomime nature of football.’ 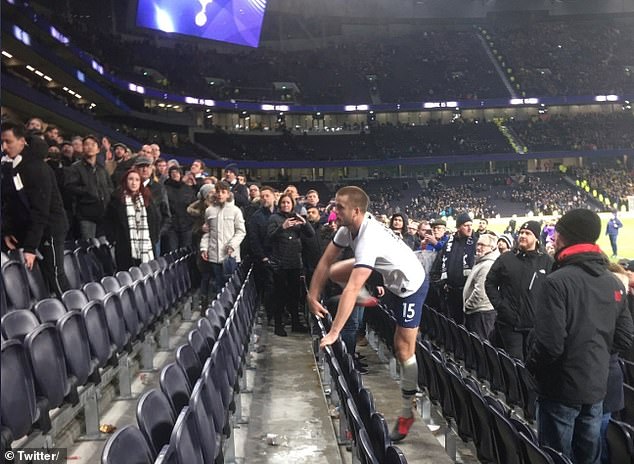 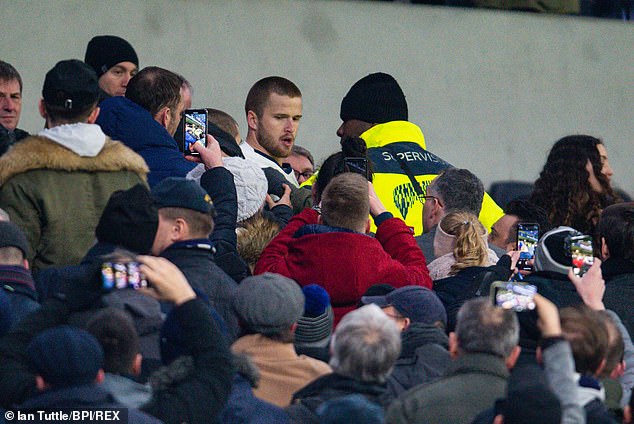 Lampard does not believe the level of abuse hurled from the stands has worsened – and he cannot remember ever coming close to reacting like Dier. But the Chelsea boss accepts social media has opened up current players to abuse around the clock.

‘I think if you asked the man or woman in the street, if one of your family members needed protection, your natural reaction would be to go there,’ the Chelsea boss said.

‘Because we are in the sport that we are in.. you are not supposed not, not allowed to as such. But when you talk about natural reactions, I understand it.’

He added: ‘You walk into the stadium, and you don’t live by the same rules you would Iive by in the street. I think that has not changed, maybe social media has made it worse around day to day, minute to minute.’

On Saturday Chelsea face Everton at Stamford Bridge, with Lampard coming up against his former Blues boss Carlo Ancelotti.

The home side could be without nine senior players through injury and suspension, leaving Lampard with only the barebones to choose from. 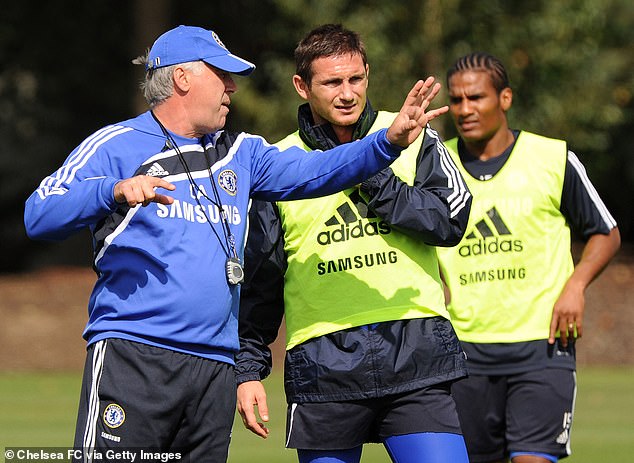 One selection dilemma Lampard does face is in goal, however. Kepa Arrizabalaga has been dropped for the last four league matches, with Willy Caballero taking the £72million signing’s place.

But Kepa shone in the midweek FA Cup win over Liverpool and Lampard admitted that his display has ‘given me thoughts.’ ‘He did very well, it’s exactly what I wanted from him and I understand that that’s not easy,’ the manager added.

‘He’s been professional in how he’s handled it when has been out of the team. He came in and did exactly what I want so he’s given me good thinking.’