Conor Gallagher and Billy Gilmour were both ‘close’ to breaking through into Chelsea’s first team before being sent out on loan, according to Petr Cech.

The former Blues goalkeeper is now back at Stamford Bridge behind the scenes and has detailed the impression Gallagher and Gilmour left on boss Thomas Tuchel.

Gallagher hasn’t yet made a first-team appearance with Chelsea while Gilmour managed to get some minutes last season under both Lampard and Tuchel. 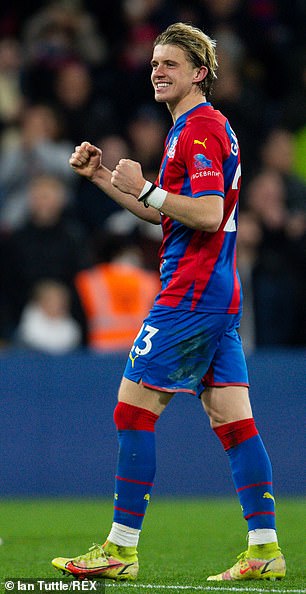 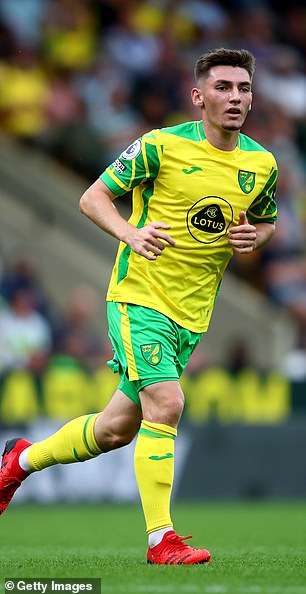 But Cech accepts that while they could have won a role this season at Chelsea, the decision was made that they will return a ‘much better’ player after a year of regular first-team football.

‘Conor was very close in terms of making the team here in the summer and we were really happy with him but it was the same as with Billy Gilmour and we felt at that stage of their careers they needed to go and play as many games as possible,’ Cech wrote in his column on Chelsea’s website.

‘They are both at the stage where we really want them to become core players for Chelsea so it was better for them to go and play.’ 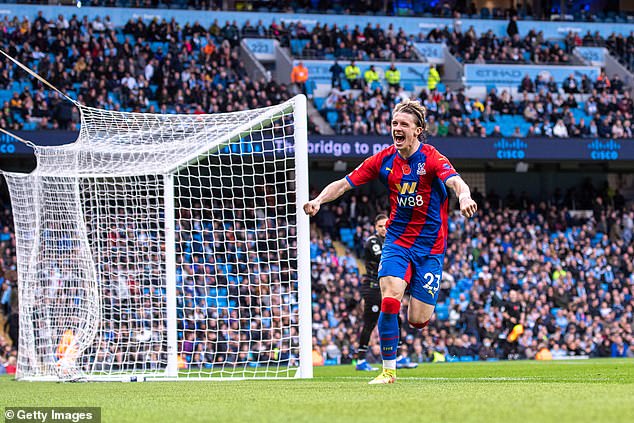 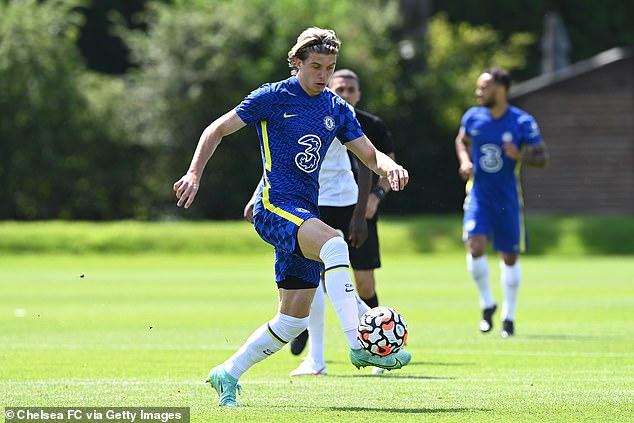 Gallagher has yet to make competitive Chelsea first-team appearance, with this his fourth loan

Gallagher, who spent last season on loan with West Brom, has really impressed with Crystal Palace so far this season.

Sportsmail exclusively revealed this week that the Blues refused to include an option to buy Gallagher when entertaining loan offers for him.

A number of clubs, including Newcastle and Leeds, were keen on taking Gallagher on an initial loan that also included a clause allowing them to buy the youngster at the end of the season.

But Sportsmail has learned that Chelsea were insistent the terms of any deal for Gallagher would not include an option to permanently buy the 21-year-old as they plan to bring him back to west London and integrate him into Tuchel’s senior squad next season.

Gallagher’s form for Palace, which has brought four goals and two assists, saw him rewarded with a senior England call-up and Cech feels that call-up is vindication for the decision to send him to Selhurst Park. 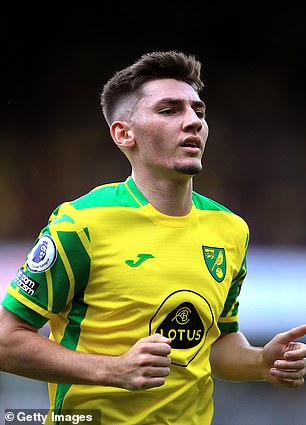 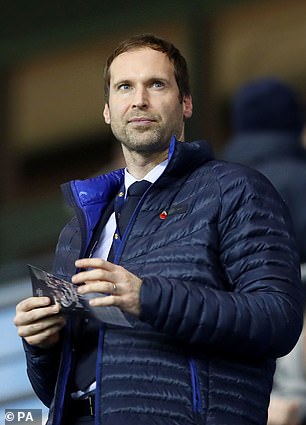 ‘For Conor to get the England call-up was absolutely amazing and to make his debut was obviously even more amazing,’ Cech added.

‘If he didn’t go to Crystal Palace and perform but rather stayed here and maybe didn’t play every game then that would never have happened.’

He added: ‘Conor will come back to us in a completely different situation than he was six months ago and that’s the beauty of it. If everything works out perfectly, this is the idea behind it and obviously it’s great to see that it’s worked out perfectly for Conor so far.’

Tuchel was recently asked about Gallagher and the German was effusive in his praise for the young midfielder.

The Chelsea boss said: ‘He is not hard to follow because he is standing out every single matchday so it’s an easy one to follow and credit to him. We had long talks in pre-season and we imagined he could stay and fight for his place here.

‘But we decided that when the talks came up with Patrick Vieira at Crystal Palace, he understood the role he could have in the Premier League at the club. He wanted to take the challenge. 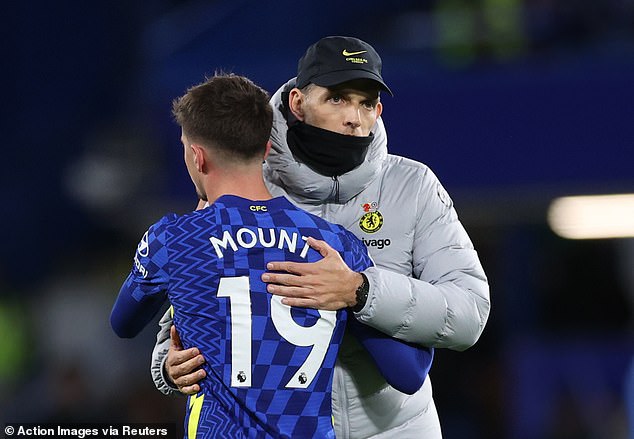 ‘We also agreed to let him go because we thought, in the end, this could be the right thing to do. You need a bit of luck and, of course, a lot of quality.’

Gilmour, 20, has been a trickier case for Tuchel and he did reveal he held talks with Daniel Farke, before he was sacked at Carrow Road and replaced by Dean Smith.

But he has not played a minute of football since that clash with the Reds on September 21 and has been an unused substitute in five of their last six league matches.

Tuchel has so far remained reluctant to say any deal could be cancelled in January and he will hope Smith can galvanise Gilmour as part of a Norwich side fighting to stay up.