Gareth Southgate has issued a patriotic rallying cry after leading his heroic England team to their first major final in 55 years.

The Three Lions boss is preparing his players for England’s first ever European Championship final, following Wednesday’s heart-stopping triumph against Denmark in the semi-finals.

Southgate has played a key role in restoring pride to the England team after years of failure and underachievement, and he has spoken passionately about the honour he feels at leading them into Sunday’s final against Italy at Wembley. 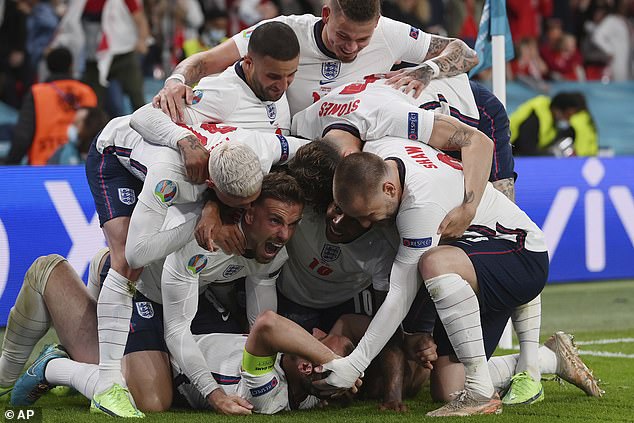 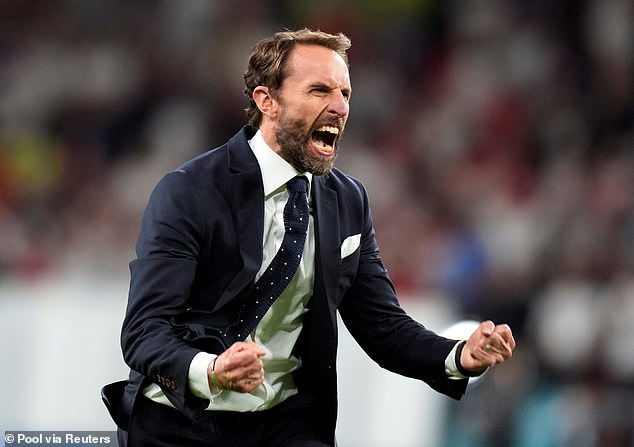 ‘I guess for me it hasn’t really totally registered because I’m not reading those front pages and I’m not tuning into those bulletins,’ said Southgate.

‘But I noticed on the journey to the stadium (for the semi-final) the tooting of the horns, the flags on the cars.

‘I’m starting to get a feel of exactly what’s going on and I suppose in the back of my mind I know what’s going on, but I’ve tried to put it to one side and keep focused on what we’re doing.

‘But to be able to hear Wembley like it was and to know how that will have been around the country is an honour. 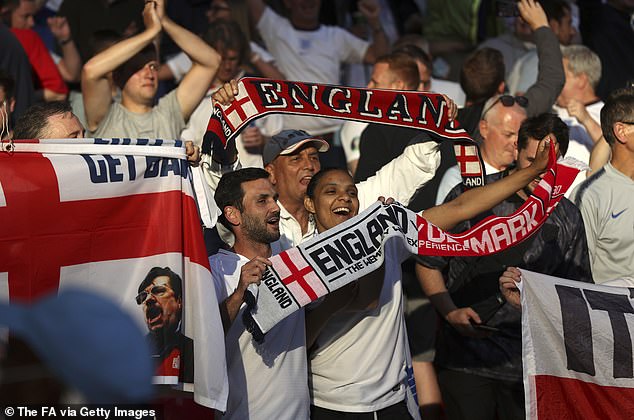 ‘Because we’re a special country, we are historically an incredible country and I know I couldn’t be prouder to be an Englishman.

‘I can’t be prouder to have the opportunity to lead my country, so to bring happiness at this time when it’s been so difficult for this period is a very special feeling.

‘This group of players and group of staff, who have been fantastic to lead, have crossed every challenge that’s been put their way.

‘We’ll prepare properly for Sunday, we’ll get the players recovered in the best possible way and we’ll be ready to go.’