It was cruelly fitting that Gareth Southgate’s England were undone on penalties. The manager’s infamous miss proved costly at Euro ’96 and he took responsibility for this one too. “It’s down to me,” he said of Bukayo Saka’s saved effort after the game.

England fell short in the most agonising fashion possible but their performance at this tournament represents another significant step forward under the 50-year-old’s management.

England’s wait for silverware goes on. But having followed up their semi-final appearance at the last World Cup with a run to the final at their next major tournament, there is no reason to think the progress ends here.

The future remains bright for a national side replete with young talent – and one which has already come so far in a short time.

Indeed, in order to fully appreciate the extent of England’s transformation during Southgate’s tenure it is necessary to recall where they were when he took over in November 2016.

The previous summer’s European Championship campaign had been wretched, culminating in a humiliating last-16 defeat by Iceland which cost Roy Hodgson his job. Sam Allardyce then came and went in the space of 67 days. England were in turmoil.

Performances across Southgate’s four games as caretaker manager were middling.

Malta and Scotland were beaten but there was also a laboured stalemate with Slovenia and a 2-2 draw with Spain in which England surrendered a two-goal lead in the final few minutes. 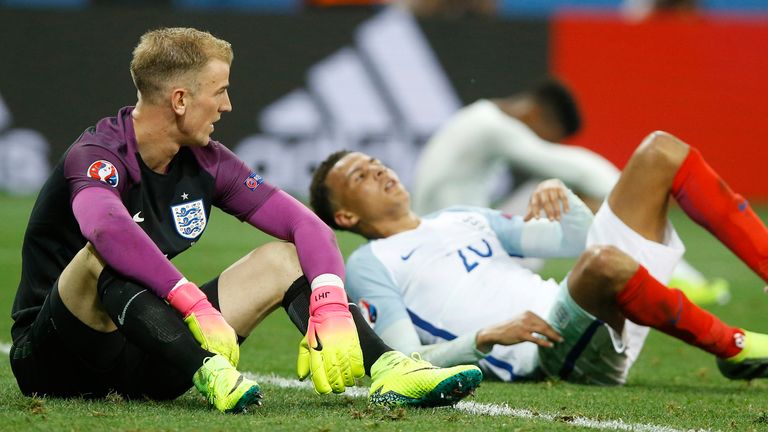 Behind the scenes, though, Southgate had made an immediate impression on the players.

“The manager has been brilliant,” said Jordan Henderson, who would later emerge as one of his leaders. “The players have got on really well with him. He gives responsibility to players and he listens to them.”

Many of Henderson’s team-mates already knew Southgate. He had been part of the national team set-up since 2011, starting out as the Football Association’s head of elite development before taking the U21s job in 2013.

His existing relationships with many of England’s younger players allowed for a smooth transition and his calming influence in tumultuous circumstances proved helpful too.

“He’s got a unique quality of staying calm in all situations and I think that passes through the team,” as John Stones put it recently. One of Southgate’s biggest successes is that he has made the shirt feel lighter for the players. Back in 2016, he was adamant he didn’t want the job permanently following his initial appointment and many fans were underwhelmed when he was handed a four-year contract.

But as a former England international himself who had been embedded in the national team’s set-up for several years, he knew exactly what was required.

He knew that the culture around the England side needed to change and that a new identity needed to be forged. His experience, while not that of a top-level manager, made him the perfect man to oversee the implementation of those changes.

His careful man-management and clear communication resonated with the players. He brought humility and openness, and his commitment to youth was evident in his selection decisions.

Over the course of his tenure, Southgate has handed senior debuts to 18 players aged 21 or under. Many of them, including Declan Rice and Mason Mount, have gone on to become key players. 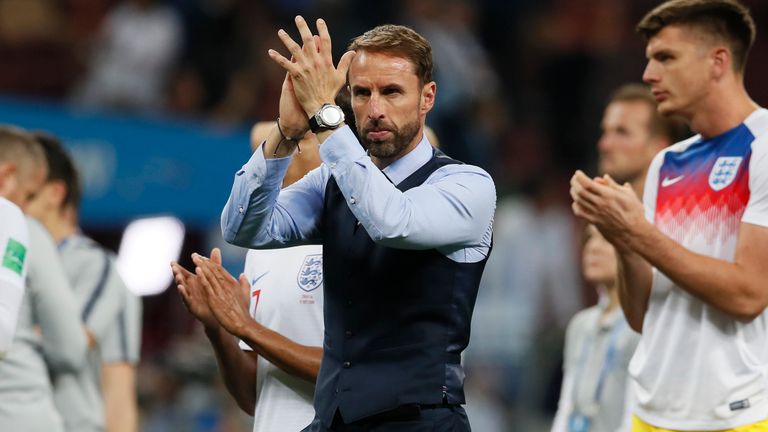 The youth and vibrancy of the new-look England squad created excitement about the future. Gradually, as results and performances improved, the mood around the national team began to change. All the traumas of the past were fading further into the background.

The run to the last four of the 2018 World Cup sparked beer-soaked celebrations back home and provided tangible evidence of what might be possible under Southgate at major tournaments.

Football did not come home that summer but for the first time in a long time, it felt like it might.

England appeared to be upwardly mobile but they were far from the finished product.

Southgate had weaponized set pieces. He had made the side more difficult to beat. But the meetings with Belgium and Croatia in Russia underlined England’s enduring shortcomings.

When it came to facing the top nations, England still struggled to compete, held back in part by a lingering inferiority complex.

The inaugural UEFA Nations League campaign ultimately ended in disappointment, with England outclassed by the Netherlands in the semi-finals, but it did throw up signs of progress before that. 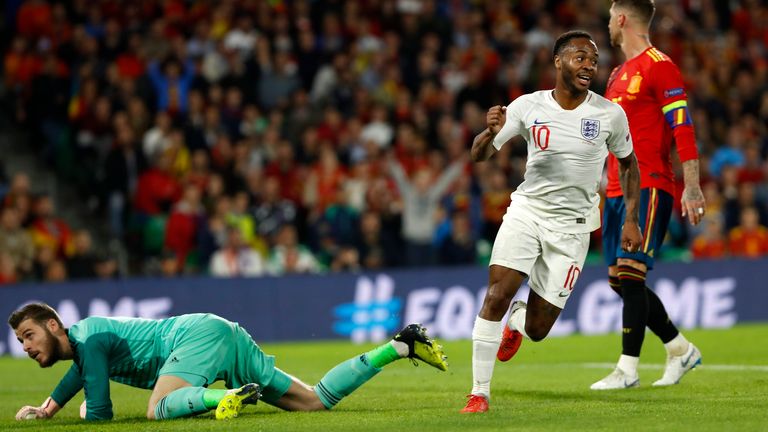 Spain were beaten 3-2 thanks to a thrilling display of counter-attacking football in Seville. Croatia, deserving victors in Moscow a year earlier, were then vanquished after a superb late comeback in a crackling atmosphere at Wembley.

“I can’t remember ever seeing the new Wembley like that,” said Southgate. The stadium, the scene of so many disappointments in the past, was becoming a fortress.

Southgate talked up the connection England were building with the public that night and the bond has been growing stronger ever since.

Where there was previously disinterest around the national team, now there is something else. “We have exciting players who give the fans excitement,” says Southgate.

He is fortunate, of course, that his time in charge has coincided with the emergence of such a talented crop of youngsters. But it is only thanks to his boldness and belief that those young players have shone. They needed the platform and he provided it.

Southgate has lowered the average age of the squad but crucially he has done it without upsetting England’s senior players. The cliques that used to dominate the squad previously have been replaced by an unwavering spirit of togetherness.

Southgate has developed that spirit himself and he has also developed as a tactician. England’s run to the World Cup semi-finals was commendable but the side were largely one-dimensional.

That is no longer the case. Southgate has been rightly questioned for the way in which his side surrendered the initiative against Italy, but England’s run to the final showed they are capable of varying their approach. Systems and personnel have changed according to the opposition. Tactical flexibility has been key.

Defeat at Wembley on Sunday was of course a significant setback. Southgate had got everything right before it but the manner of the defeat – and the order of his penalty takers – left him under considerable scrutiny.

Still, though, there are plenty of reasons to feel positive. Southgate’s England transformation is not complete – a trophy is needed for that – but the progress of the last five years suggests they will get there sooner or later. The 2022 World Cup offers the next opportunity. But Southgate has already established a strong legacy.