‘This was worse than Hearts loss’: Steven Gerrard in fresh despair after shattered Rangers suffer shock home defeat by Hamilton

Steven Gerrard admitted the shock home defeat to Hamilton had left him in even deeper despair than the Scottish Cup exit Rangers endured against Hearts.

And the Ibrox manager believes he is now facing a huge task to lift a squad devoid of confidence after yet another domestic disaster.

David Moyo robbed Connor Goldson of possession before netting the 56th-minute winner that hoisted Accies off the foot of the Premiership and condemned Gerrard to back-to-back losses for the first time in his 21-month reign. 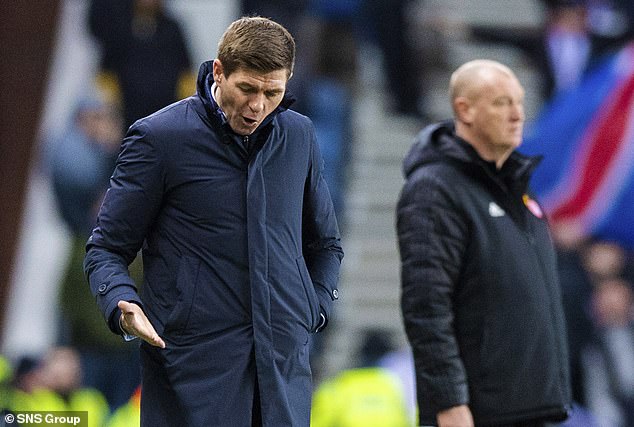 The 39-year-old reaffirmed his commitment to Rangers in the gloomy aftermath of the Tynecastle reverse. While not faulting the effort invested, the response he hoped to see against Hamilton was wrecked by a lack of certainty at both ends of the pitch.

Now 13 points adrift of Celtic, the Ibrox players were booed off by a furious home support at full-time.

‘Where do we start? We have just given three points away, it’s as simple as that,’ said Gerrard. ‘I’m not really sure I’ve got that many words to describe it. 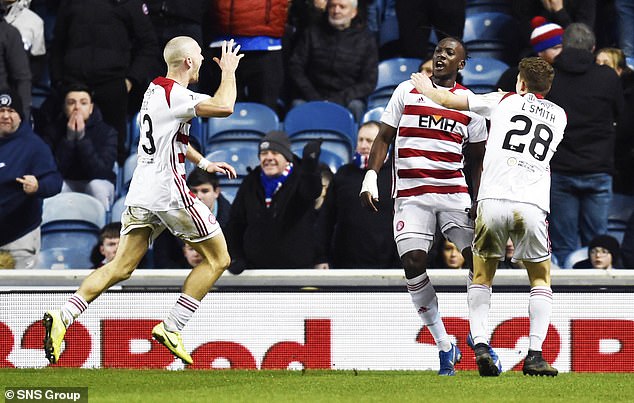 ‘The effort was there, the commitment was there but we haven’t taken the chances we created in the game. That’s been the story of it. Hamilton have gone down the other end and scored and maybe could have scored another one.

‘Again, a mistake has cost us. That’s where the three points have gone.

‘There were a few good performances out there, believe it or not. I thought Steven Davis was outstanding and Joe Aribo had a right go. 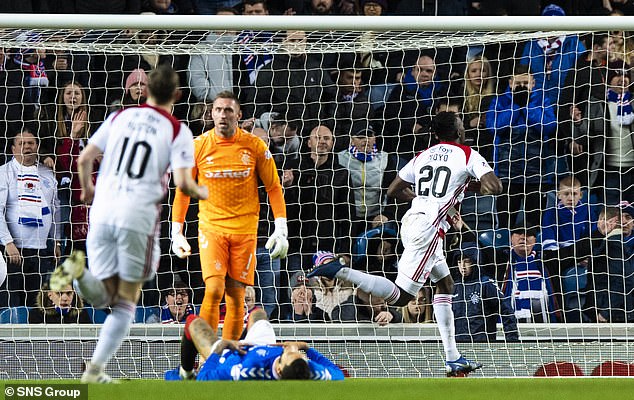 ‘I laid down the gauntlet before the game and will continue to do that. But I have a dressing room that’s shot of confidence.

‘We have played ourselves into a rut and I’ve got a real tough, tough job to pick that up and improve it from here.’ Rangers still have ten Premiership matches to play as they seek to halt their free-fall in domestic football. Sunday’s trip to meet Ross County in Dingwall precedes next week’s Europa League last 16 first leg against Bayer Leverkusen.

‘I played the game for many years and I’ve been in dressing rooms where confidence is shot and things are not great,’ added former Liverpool and England captain Gerrard.

‘I’m not going to say this is the first time I’ve experienced that. But the dressing room is very quiet at the moment. 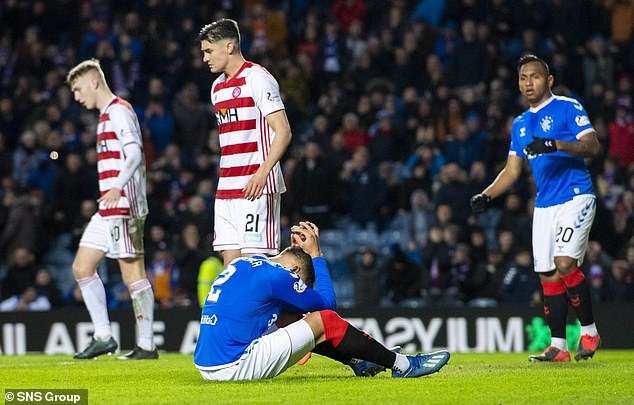 ‘Myself and my staff are flat because we are doing everything we can. We are trying to change formations and personnel, doing different things in training to try and lift and put confidence into them.

‘I thought we lacked desire and commitment at the weekend which was really tough to take. I don’t think we lacked that tonight. Tonight was more about quality and taking your chances in the final third.’ Accies boss Brian Rice was thrilled by the defensive diligence shown to earn just the club’s second league win at Ibrox in 94 years.

‘To come to Ibrox and keep a clean sheet is phenomenal,’ he enthused. ‘I don’t know how many times Hamilton have done that in their history. 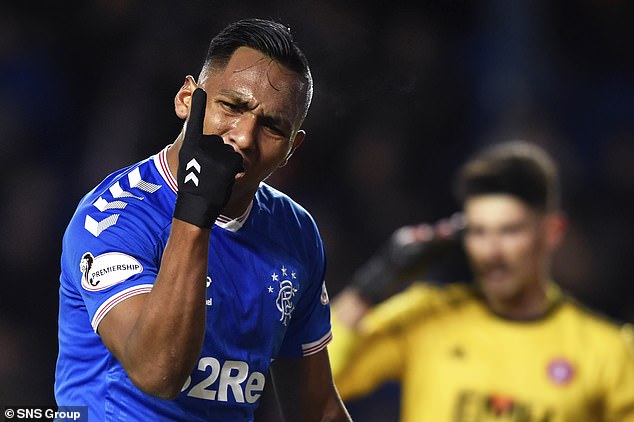 ‘Rangers have a lot of excellent attacking players and they put a lot of balls in the box, but I must say my players defended with their lives.

‘We stuck to our gameplan to try and press from the front. They was no point in coming and sitting back, although we were forced back in the final 20 minutes.

‘I’m absolutely delighted. I think it’s a result that has shocked everyone – except myself. I always believe you put a team out to try and win the game.’ 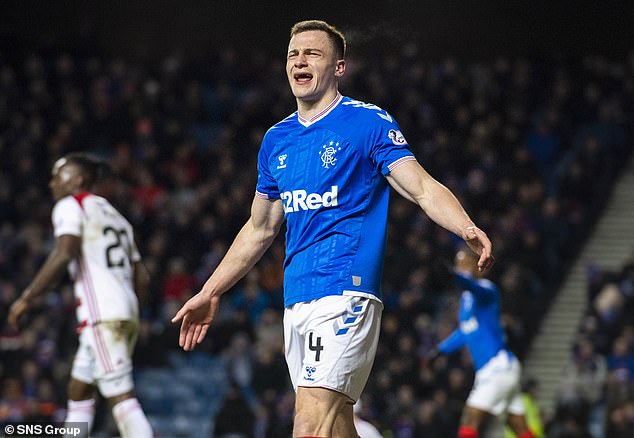