Pep Guardiola claimed the sky is the limit for Phil Foden after a dazzling display in Sunday’s Carabao Cup final.

Foden was awarded man of the match at Wembley on his first start for over a month, assisting Sergio Aguero’s opening goal.

England manager Gareth Southgate is seriously considering calling on the 19-year-old for this month’s friendlies and Guardiola believes the midfielder’s stock will continue to rise. 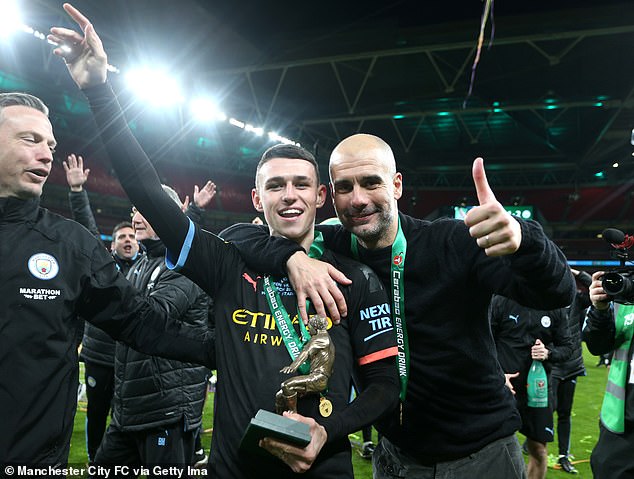 ‘I want the best for him,’ the Manchester City boss said. ‘I’m delighted about his performance and his behaviour in the good and bad moments.

City face Sheffield Wednesday in the FA Cup fifth round on Wednesday night, with Guardiola ruling Leroy Sane out as the winger continues his rehabilitation from an anterior cruciate ligament injury.

The Catalan suggested it will be easier to give Sane his return from the bench in a Premier League, given the extra importance cup competitions have taken at the end of this season. 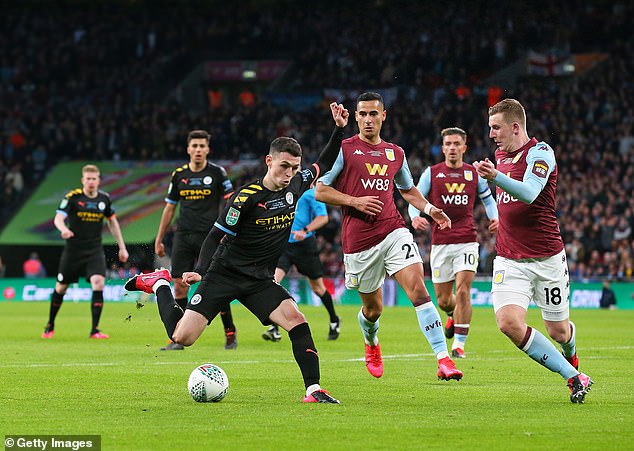 Guardiola added: ‘Leroy is not ready. Six months out needs a process. Tomorrow is a final and an incredibly important game for us.

‘Maybe it will be easier to play in the PL than this Cup competition we need to win.

‘We’re thinking about tomorrow. I learned in previous big clubs that when they win a trophy, take a shower and think about the next one.

‘It’s so nice what we’ve done but we now have another final. Away in the FA Cup is always difficult. We have to be focused on that.’