Harry Kane has pleaded with Gareth Southgate to start on Monday in San Marino as the England captain hunts down Wayne Rooney’s all-time goalscoring record.

The Spurs striker took his international tally to 44 with a hat-trick against Albania on Friday night and is setting his sights on another goal glut in Serravalle against the world’s lowest-ranked team.

The 28-year-old took his tally of competitive goals for England to 39, overtaking Rooney’s record of 37. 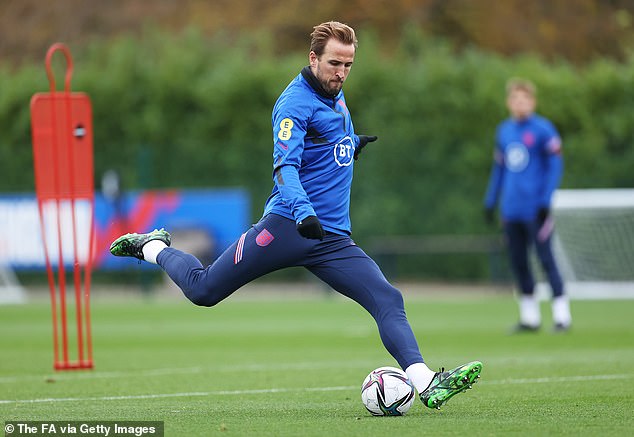 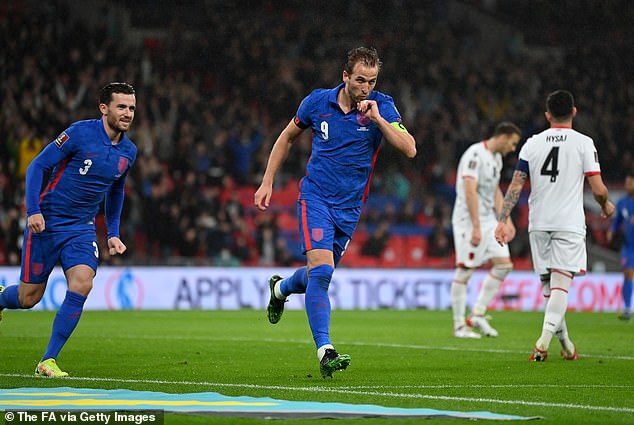 Kane is now eyeing Rooney’s all-time record of 53, and is in touching distance of third-placed Gary Lineker (48) and Bobby Charlton (49) in second.

Kane has not started any of the three games against minnows San Marino and Andorra during World Cup qualifying so far. ‘He’s quick to let me know he hasn’t played in those games,’ said Southgate. ‘For sure, he is keen to play.’

Should Kane score on Monday night, it would take his 2021 international tally to 13 — no other player has scored more England goals in a calendar year. 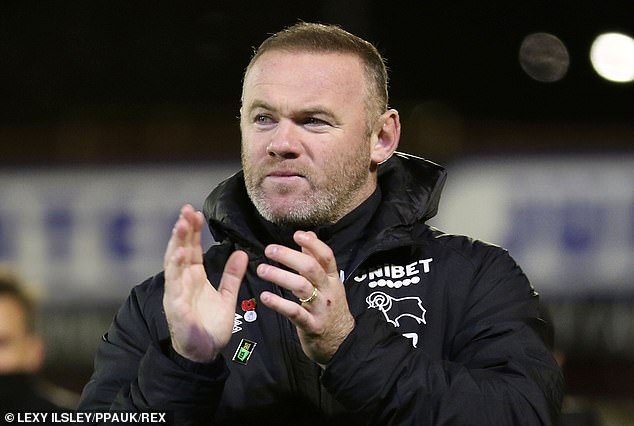 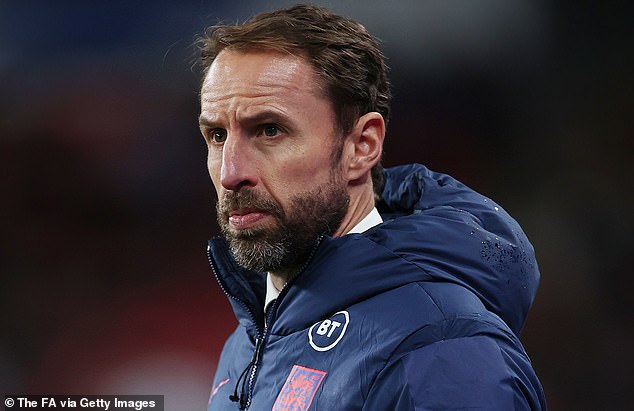 Arsenal’s in-form goalkeeper Aaron Ramsdale is hopeful of an England debut tonight. And Southgate may switch to a back four, which could open the door again to Trent Alexander-Arnold, Conor Coady and Tyrone Mings.

In midfield, Jude Bellingham could play with Kalvin Phillips expected to keep his place. Emile Smith Rowe is also pushing for a role. 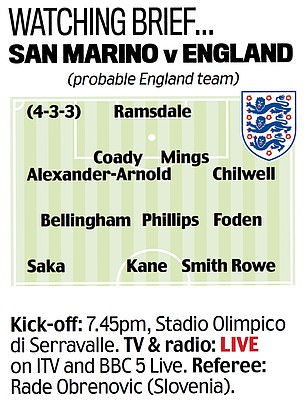 Crystal Palace midfielder Conor Gallagher was promoted up from the Under 21s for his first call-up.

Southgate has raised concern that Grealish and Henderson could face a period of time out after suffering injuries in the win over Albania.

‘As a precaution we scanned them and there are small injuries on the scans so we just hope they are not going to miss too much football from here on.

‘It shouldn’t be too bad in either case but we’ll just have to see how that progresses.’

Sterling has withdrawn for personal reasons, while Mount (dental) and Shaw (concussion) didn’t meet up with the squad last week.