Two hours after the final whistle at Wembley, there was still a sea of supporters coating the periphery of the stadium and chants still filled the night sky.

One in particular was thundered on loop on the walk towards Central station, an ode to the player Rio Ferdinand described as “a man mountain in an England shirt.”

He was thoroughly deserving of such acclaim. Only 49 minutes had lapsed in Wednesday’s showdown when the Manchester United captain challenged for an aerial duel, but led with his elbow and caught Simon Kjaer in the face.

An unwelcome yellow card for England’s defensive leader when Denmark had not yet faded and were shading the control and shape of the game. 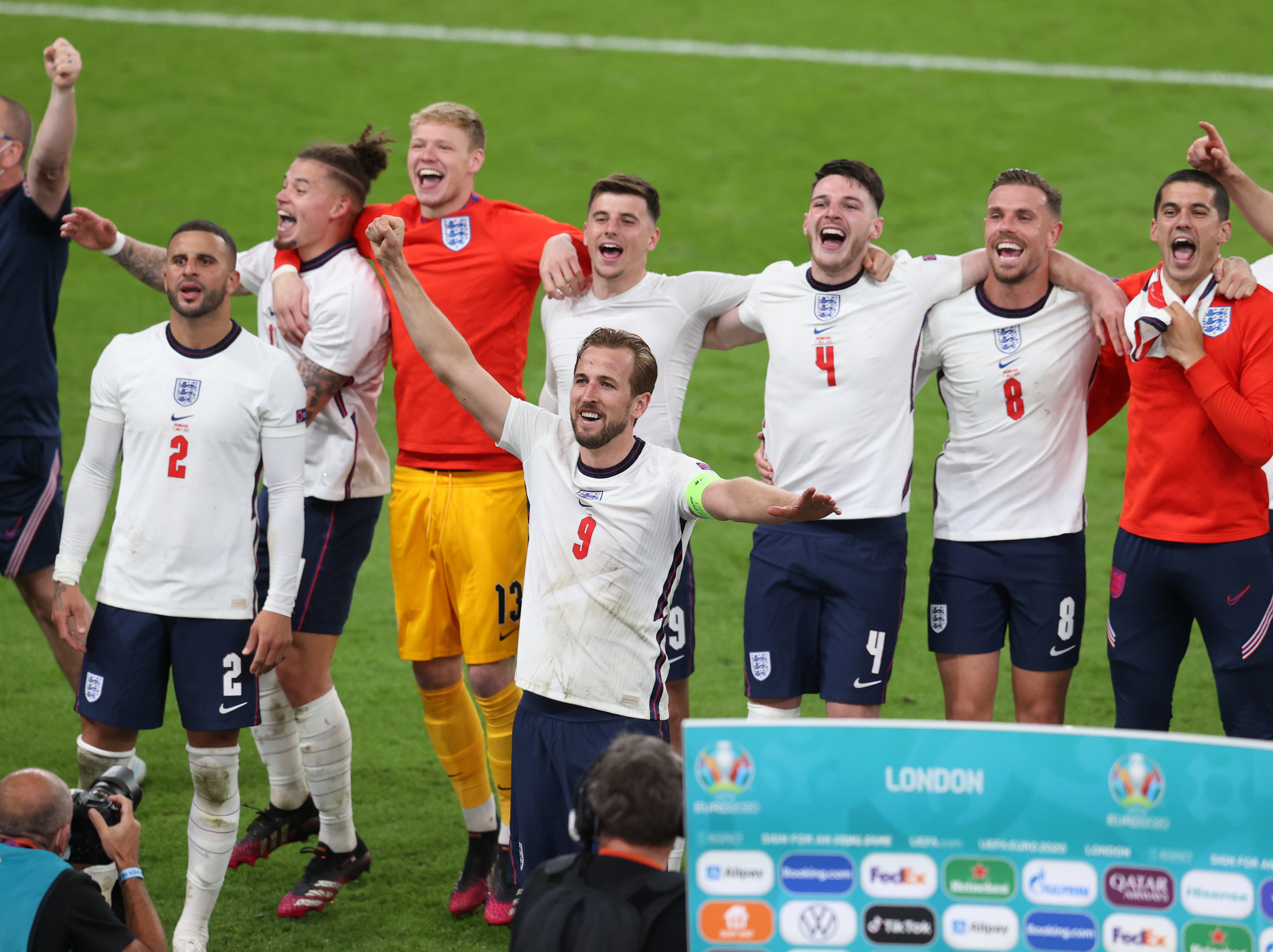 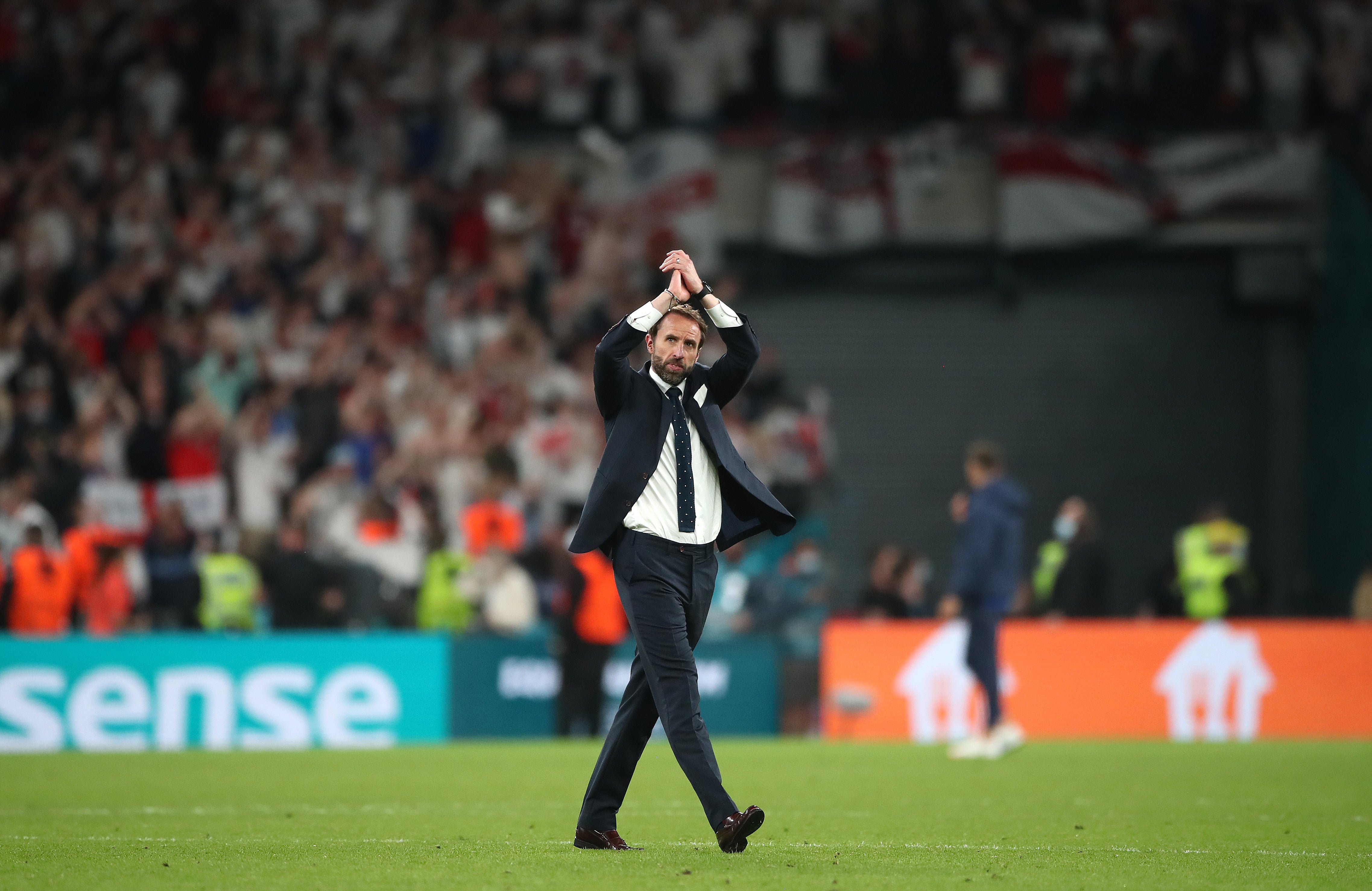 Convention would have suggested caution on the part of the centre-back: a dialling down of aggression and not attacking everything. Convention would have also suggested not selecting an injured player that was going to miss the start of a major tournament, but flipping the finger to logic has helped England reach their first final in 55 years.

Maguire, who Gareth Southgate stuck by even when his recovery from ankle ligament damage wasn’t receiving the most positive of prognosis, sparkled as a man-of-the-match contender against Kasper Hjulmand’s side.

Despite picking up the yellow so early, Maguire went for every ball, was strong in each duel, ate up whatever Denmark attempted to do in the air and was excellent at disrupting them and building England’s play from the back.

No player made more passes (91), with an accuracy matching that figure for the 34 balls he directed into the opposition’s half. He won 72% of the 18 duels he contested as well as made the most interceptions (five) and clearances (five) in the match.

England’s calmness in directing proceedings from the 70-minute mark exuded from him.

He also forced a top-shelf, full stretch from Kasper Schmeichel to thwart his header off Mason Mount’s corner in the second half.

So much of what England do stems from Maguire, and as Ferdinand assessed: “He always tries to come out, bring someone to him and then play the ball and that is the difference. He wants to commit someone.”

The praise from another former England centre-back, Jamie Carragher, has been even more extensive. “The biggest compliment he can be afforded is he has brought a quality to England’s defence which the best centre-halves of my generation were, for many reasons, unable to.

“Maguire is a visible example of how England’s style has evolved under Southgate, and what most differentiates this side in the past two major tournaments to so many of those before. With respect to Maguire, he is not yet at the level of John Terry, Tony Adams, Rio Ferdinand and Sol Campbell. 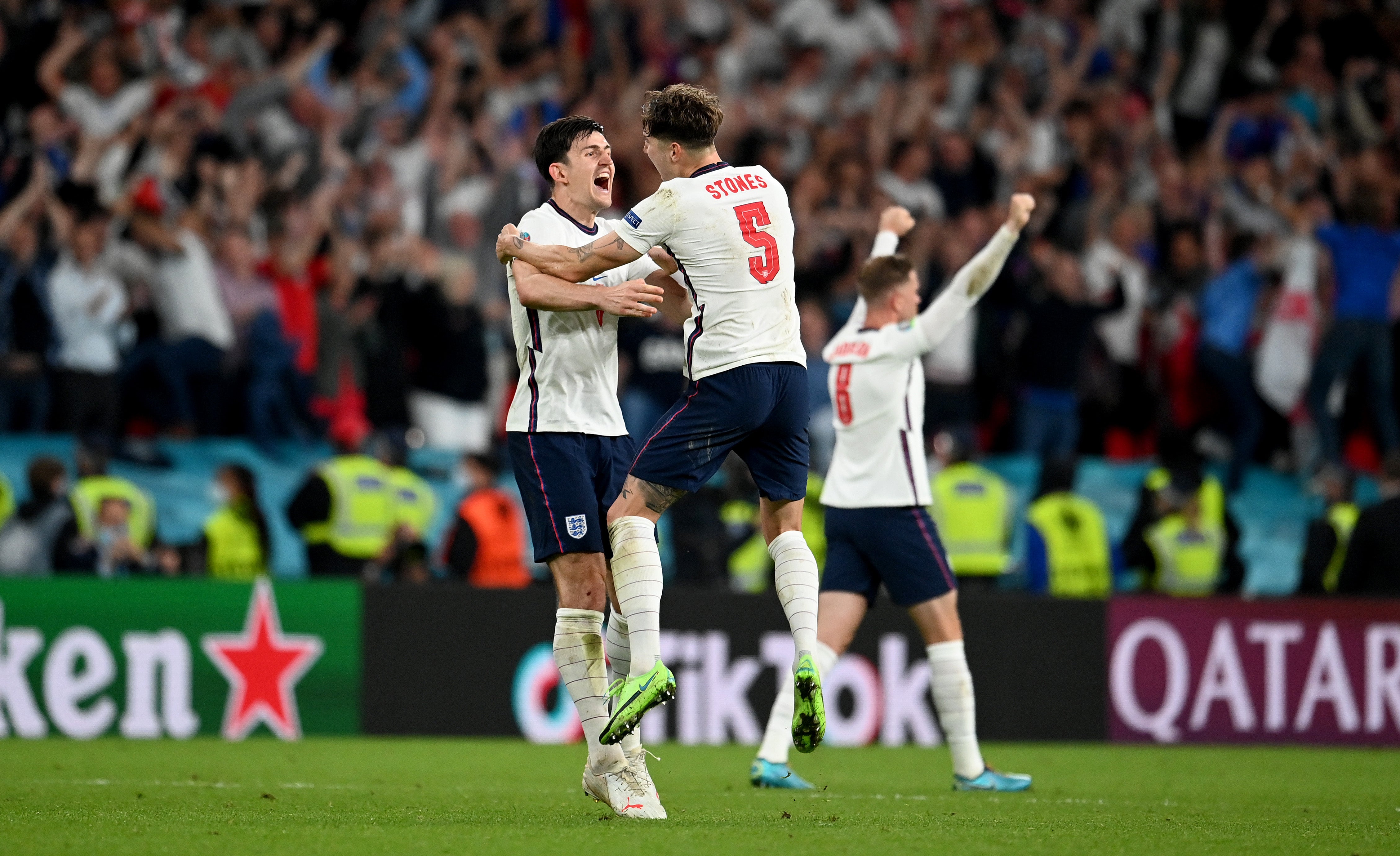 “But Maguire’s displays at the 2018 World Cup and Euro 2020 have eclipsed those of illustrious England predecessors because he has the licence to play in a manner two of the best – Terry and Ferdinand – never could for their country as they so often did for their club.

“Witness the ease and comfort with which Maguire plays out from the back, pinging accurate passes into midfield, or is willing to stride purposely forward and disrupt the opposition’s defensive set-up as they have to close him down.”

He has been immense for England, with this display edging out his titanic effort against Germany and the impressive showing in the scorching of Ukraine.

Like so many of his other key decisions – the risk-averse approach, line-ups, system changes – Southgate was correct to include Maguire in his final cut regardless of injury.

It’s impossible to imagine England having delivered such a steely defensive record, which has been the cornerstone of their success, without him at the heart of the rearguard.