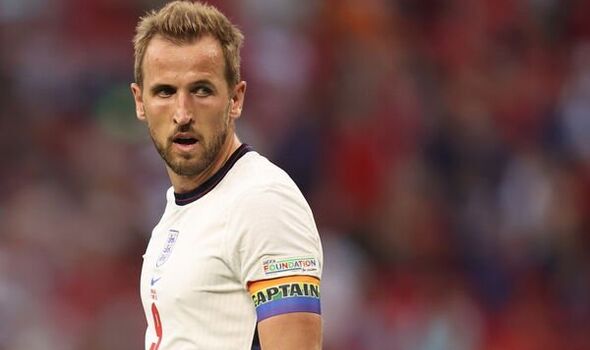 The Three Lions’ captain said he would “send a clear message” to haters by joining other team leaders in donning the anti-discrimination, OneLove symbol during their matches.

Campaigners have attacked the tournament’s Gulf state hosts for their criminalisation of same-sex relationships and LGBTQ+ rights.

Kane and FA chiefs insist the games – which start in November – must be inclusive and want organisers to assure the safety of gay fans.

The Spurs striker said he was “honoured” to lead the drive alongside the captains of Wales, Germany, France, the Netherlands, Belgium, Denmark, Norway, Sweden and

Switzerland. He added: “As captains we may all be competing against each other on the pitch, but we stand together against all forms of discrimination.”

“This is even more relevant at a time when division is common in society.”

“Wearing the armband together on behalf of our teams will send a clear message when the world is watching.”

Kane will first wear the band as England meet Italy in the Nations League on Friday.