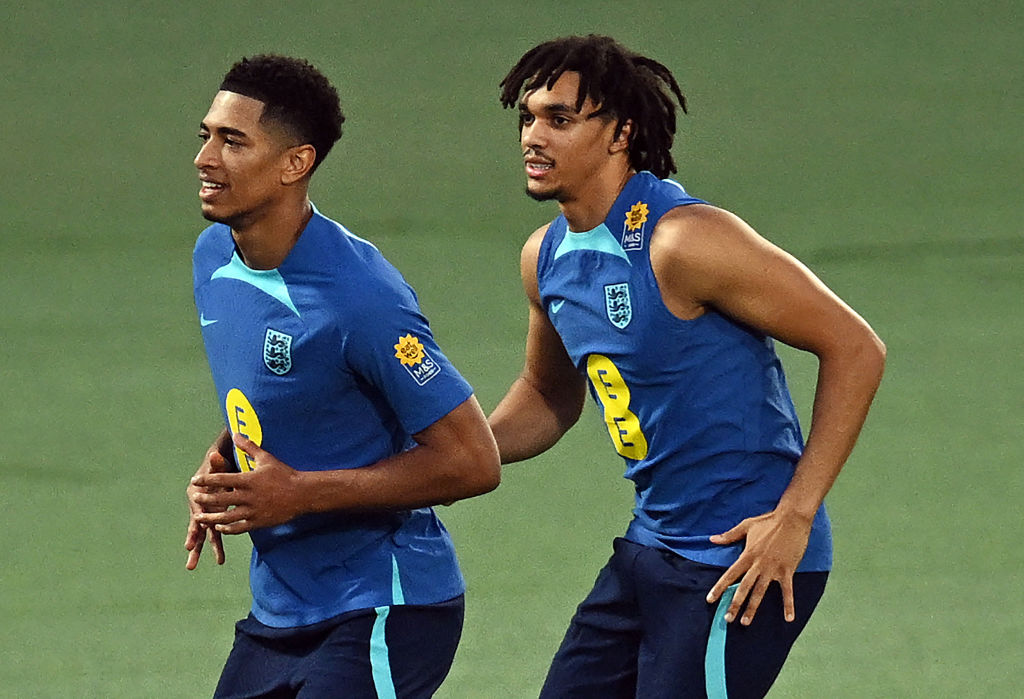 Emile Heskey has claimed that there are two Liverpool stars in the England camp convincing Jude Bellingham to sign for Jurgen Klopp’s side.

Bellingham, considered one of the best young players in the world, has massively impressed for the Three Lions at the World Cup in Qatar.

The 19-year-old Borussia Dortmund midfielder has been linked with a big money move in the next summer transfer window – with many top European clubs thought to be interested in signing him – including Liverpool.

Former England and Liverpool striker Heskey has now claimed Jordan Henderson and Trent Alexander-Arnold are doing all they can to convince Bellingham to move to Anfield with the three men spending lots of time together in camp.

‘A player of Jude Bellingham’s stature and ability would benefit Liverpool if he joined next summer,’ Heskey told Paddy Power.

‘It’s fair to say that that’s a position that Liverpool needs to strengthen in, so he’d fit in perfectly.

‘Whilst being away with England, you can see that Jude has struck up a relationship with Jordan Henderson and Trent Alexander-Arnold, so he’s got two people trying to get him to join Liverpool.

‘Bellingham could walk into any team as he’ll make them better, wherever he goes, but he’d would suit Liverpool best considering their ageing midfield.

‘He’ll have a great opportunity at Liverpool where he could grow, learn under a brilliant manager, challenge for multiple silverware, and even become future Liverpool captain.’

Heskey has also backed teenager Bellingham to one day become an England captain.

‘The maturity that Jude Bellingham has shown with his performances so far in this World Cup, has proved that he has the qualities to be a future captain of England,’ he added.

‘The ability he has at such a young age is quite scary – he’s sensational.

‘We haven’t seen talent like this in a midfielder for long time, with the mentality and ability to play in several positions across the midfield.’