As International Women’s Day approaches, cricket’s new competition the Hundred announced equal prize money for both sexes, but football remains way behind in the race for fairness.

It is 13 years since the All England Lawn Tennis Club made Wimbledon prize money equal, the last grand slam to after years of campaigning led by Venus Williams. But could the world’s favourite sport ever go down the same route?

Last Friday, the US Women’s National Team made the latest submission in their protracted gender discrimination lawsuit against US Soccer, with an expert believing them to be owed as much as £51.3m ($66m), if they can prove they have been paid worse than men for doing the same job. 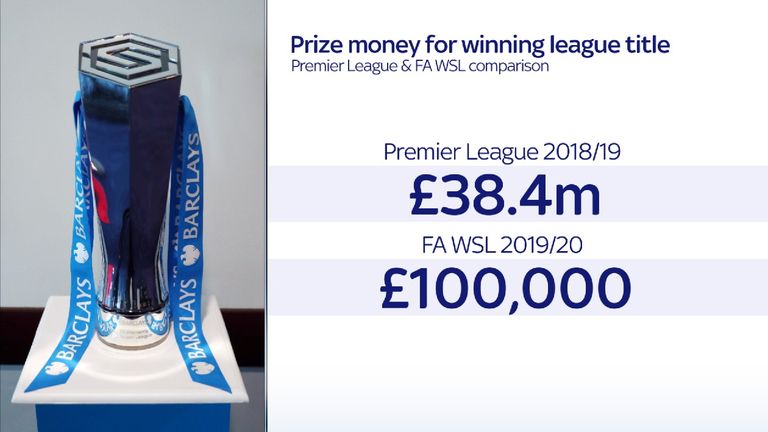 World Cup-winning goalkeeper Hope Solo believes she lost her place on the national team because of her fight for equal pay. But she refuses to give up the battle for rights she believes are written into US law.

“With US Soccer, people want to think that they’re leading the way in women’s soccer throughout the world. However, they haven’t been abiding by federal law. We have federal law here in America stating that if you have the same job, same title, same obligations you cannot discriminate based on sex or based on gender.” 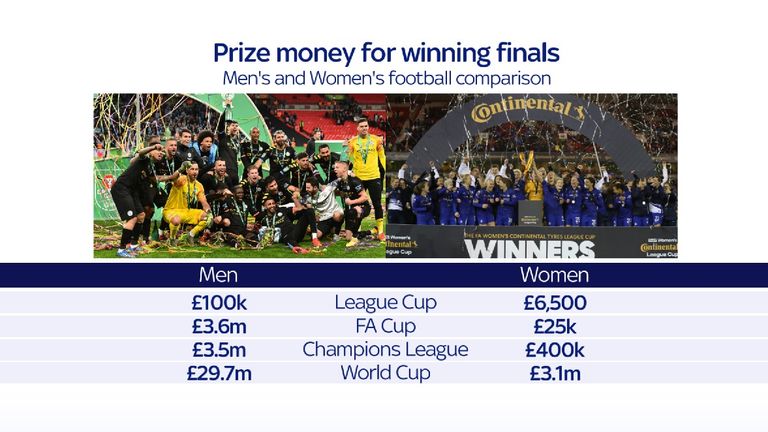 The USWNT’s fight may be the most high-profile, but they are not alone in taking radical measures in the hunt for equality. Across the pond at Lewes Football Club in East Sussex they made the business decision to pay their male and female players the same in 2017.

General manager Maggie Murphy has a background in anti-corruption and human rights advocacy, and she feels that if the equality issue can be solved in football, it can be solved anywhere.

“We value our women’s team and our men’s team the same,” she told Sky Sports News. “It’s equal pay, but it’s also equal value and equal investment that’s core to our business model. It’s become a normal thing for us to do.” 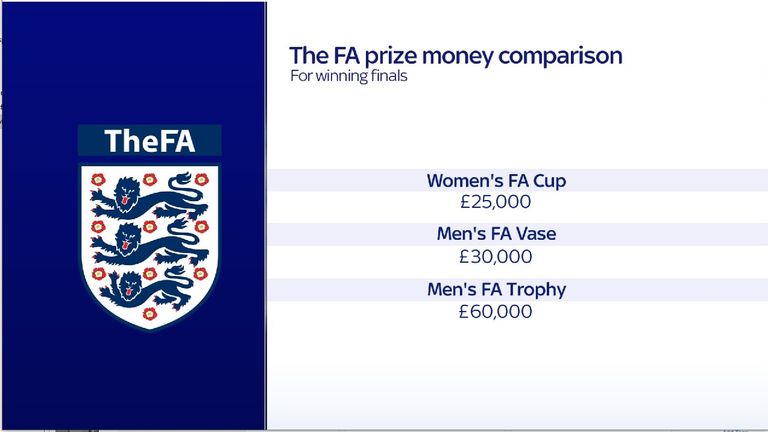 Murphy feels the struggle is hindered by a lack of support from the top of the game.

“Lewes [Women] got through to the fifth round of the FA Cup. Arsenal beat us, and they won £3,000. Their men’s team going through in that kind of a game would win £360,000. Some people knew there was a gap, but maybe not such a big gap.

“So we have to figure out is that what this is worth? Are we happy with that? Is that genuinely where we think we should be? I feel like the FA is in a really good position to increase the prize money which would allow the clubs to generate further cash ourselves.”

It is not just domestic prize money where there’s a huge difference: winners of the most recent editions of the men’s and women’s FIFA World Cups earned £27.9m and £3.1m respectively. 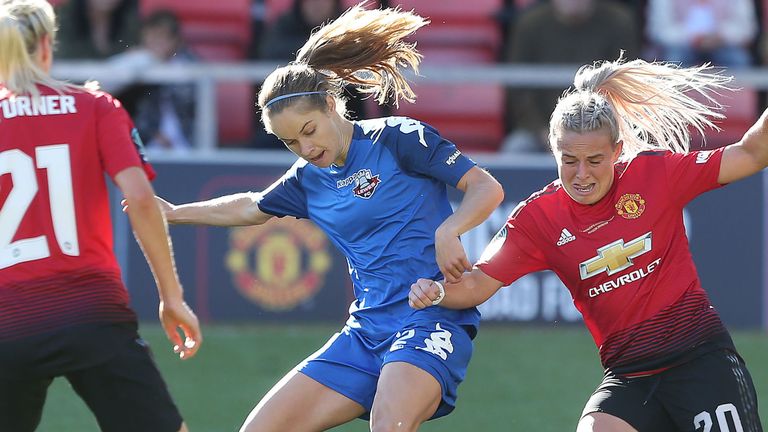 Solo, who won the World Cup in 2015 as well as two Olympic gold medals, has criticised football’s world governing body for not addressing the issue effectively. And even if the USWNT’s case is successful she says there is still a long way to go.

She said: “FIFA has not been getting better over time: they upped the prize money for the men and the women. But that means there’s an even greater difference in prize money. So we’re not getting closer in terms of prize money when it comes to FIFA.

“Now, equality in an overall sense, I think that’s going to take way after I leave this earth for society to get rid of male chauvinism and find true equality.”

In a statement, a FIFA spokesperson told Sky Sports News: “FIFA believes that players are fully entitled to seek better conditions. As a matter of fact, FIFA more than tripled, to €50m, the financial contribution to participating teams or the FIFA Women’s World Cup France 2019, including a 100 per cent increase in prize money compared to the 2015 edition and the introduction of the first-ever Club Benefit Programme for the FIFA Women’s World Cup.

“Following the huge success of France 2019, the FIFA president made a series of proposals to further develop women’s football. In particular, he proposed to increase the investment in the women’s game to more than $1bn over the next cycle, which represents double the amount that was initially budgeted.

“This unprecedented investment will aim at developing women’s football at all levels and all around the world, particularly with funds allocated via the Forward programme to FIFA’s 211 member associations and confederations for the development of the women’s game.

“Among President Infantino’s proposals were also the idea to at least double again the prize money for the next edition of the Women’s World Cup, increase the number of participants to 32 teams, launch a Women’s Nations League and a Women’s Club World Cup.

“FIFA has a long-term vision for the development of women’s football at all levels and is investing to this end. With this in mind, FIFA’s priority is to grow the whole ecosystem of the women’s game. As such, FIFA takes a global view and the FIFA Women’s World Cup prize money forms only part of the organisation’s investment in women’s football around the world.”