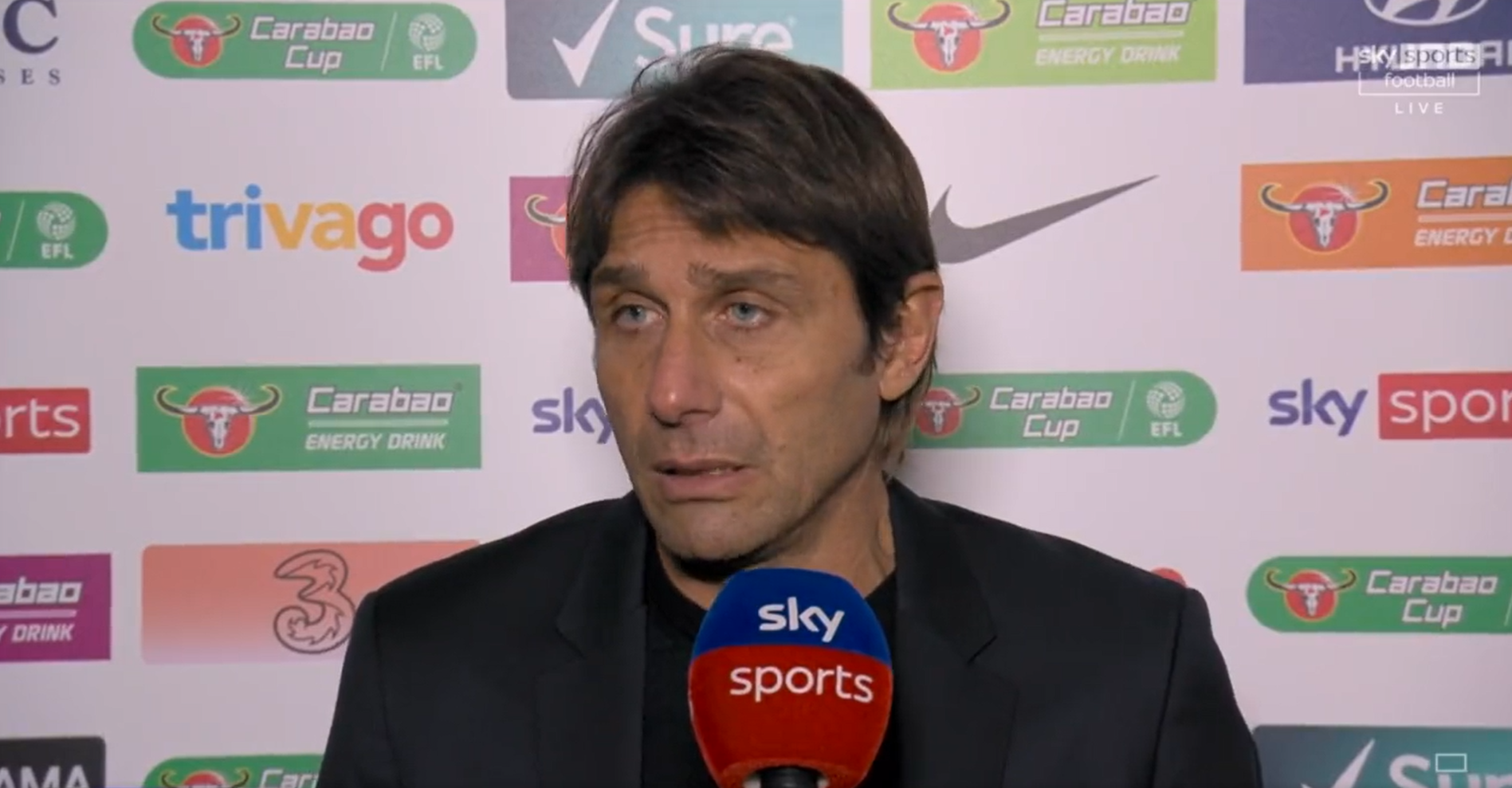 Tottenham manager Antonio Conte admitted Chelsea are ‘much better than us’ after his side lost 2-0 in the first-leg of Carabao Cup semi-final.

European champions Chelsea dominated at Stamford Bridge on Wednesday night and took control of the semi-final tie through Kai Havertz’s early strike and a Ben Davies own goal.

Spurs have it all to do in the second leg at home next week as they look to book their place in the final at Wembley and end their wait for a trophy.

‘I am always very honest with my players, we have to clap the performance of Chelsea,’ said a dejected Conte after his return to Stamford Bridge ended in defeat.

‘I like to tell the truth and with a good lie you don’t go anywhere. They showed to be a really good team, much better than us.’

Despite their recent wobble, Chelsea are currently second in the Premier League, four places and ten points above London rivals Tottenham.

Ex-Chelsea boss Conte, who joined Spurs in November after Nuno Espirito Santo’s sacking, added: ‘It was a difficult game, difficult from the start, Chelsea showed to be much better than us.

‘The first half, we struggled a lot from the start but we know that we are talking about one of the best teams in Europe, in the world, last season they won the Champions League.

‘If you compare the two teams there is not a comparison. We are talking about a team ready to win – today we have seen the difference between the two teams.

‘It is not easy to play at Stamford Bridge, the way they were very concentrated, they won the ball every time and then we conceded also a goal we were unlucky.

‘When you start the game and after a few minutes they score, for sure the game becomes very difficult.

‘We did create a lot, some huge chances, it could have been possible to score more, the up side is everybody knows it is going to be a tough match. It was impressive.’