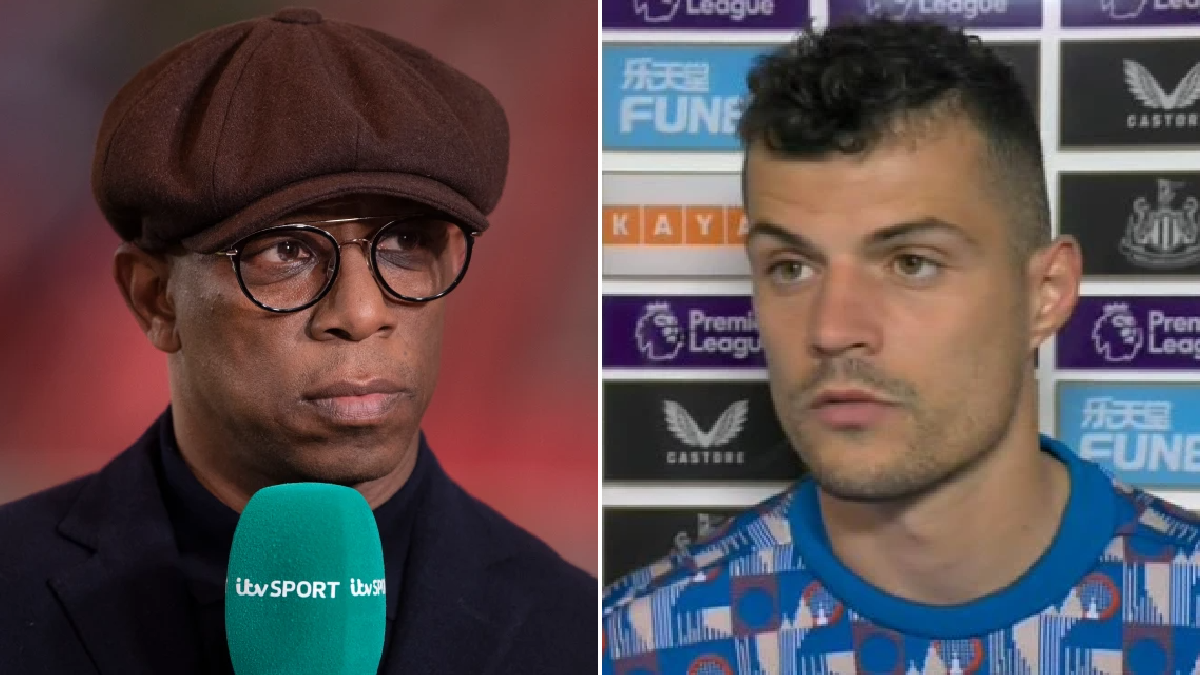 Ian Wright has criticised Granit Xhaka’s ‘very strange’ interview after Arsenal’s defeat to Newcastle United and says the comments would have ‘upset’ his teammates.

Arsenal’s top-four hopes are hanging by a thread after the Gunners were beaten 2-0 by Newcastle at St James’ Park.

Mikel Arteta’s side now need to beat Everton on the final day of the season and hope Tottenham lose to bottom-placed Norwich City to secure Champions League football for next season.

After Arsenal’s defeat to Newcastle, Xhaka blasted his teammates and said anyone who ‘isn’t ready for the pressure’ should ‘stay at home and watch’.

He told Sky Sports: ‘If you perform like this, you don’t deserve to play in the Champions League.

‘If you don’t listen to the coach, if you do your own stuff and whatever you think on the pitch, it doesn’t work.

‘People speak always about leaders. We are not playing tennis, we’re playing football, we’re 11 against 11, we need everyone on the pitch.

‘I tell you what he’s been a disgrace at times over the last four or five years, getting sent off recklessly. He’s left it up in the air there, that was nothing there.’

Just four days after a 3-0 north London derby defeat to Tottenham, Arsenal were outplayed by Newcastle and Gunners boss Arteta admitted he was ‘incredibly disappointed’.

‘The way we started to the finish, Newcastle were better. They deserved to win by a mile,’ Arteta said.

‘We haven’t been able to deal with situations throughout the season. The squad suffered a lot with injuries but that can’t be an excuse.

‘Newcastle were 100 times better than us. The way we competed today [was disappointing]. In every department you have to earn the right to play and we didn’t do it.’