Neville, who coached Hernandez at Manchester United under David Moyes in 2013, was taking charge of his first match as Miami boss, but the party was spoiled late on as Sacha Kljestan added to Hernandez’s second-half double to complete a late turnaround.

Miami led with less than 20 minutes remaining at the DRV PNK Stadium; goals from Robbie Robinson and Gonzalo Higuain twice put David Beckham’s team in front after Hernandez had equalised with his first of the game in South Florida. Higuain, who captained the side, had already brought a good save from Galaxy goalkeeper Jonathan Bond when Robinson rolled in his first ever professional goal to break the deadlock moments before half-time.

But the visitors levelled on the hour-mark when Hernandez reminded Neville and Beckham of his predatory instincts, brilliantly turning and finishing past John McCarthy. 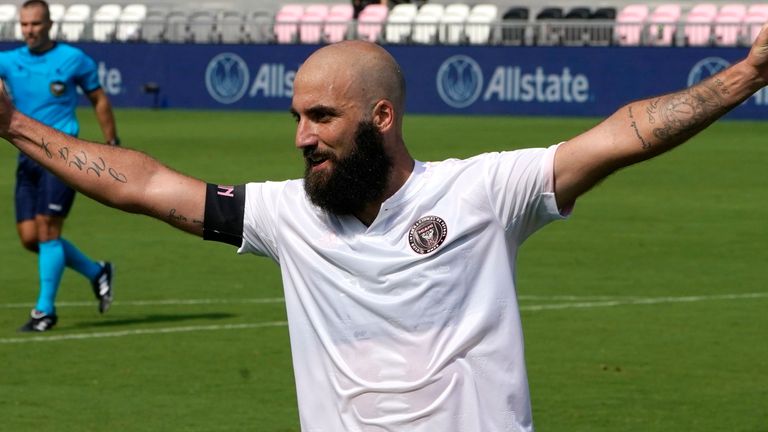 Miami had the chance to immediately respond when Rodolfo Pizarro was brought down inside the box, and Higuain made no mistake from the spot.

Hernandez would restore parity, however, tapping in following some poor defending from the hosts before Kljestan struck to leave Neville with plenty to consider ahead of next weekend’s trip to Philadelphia.