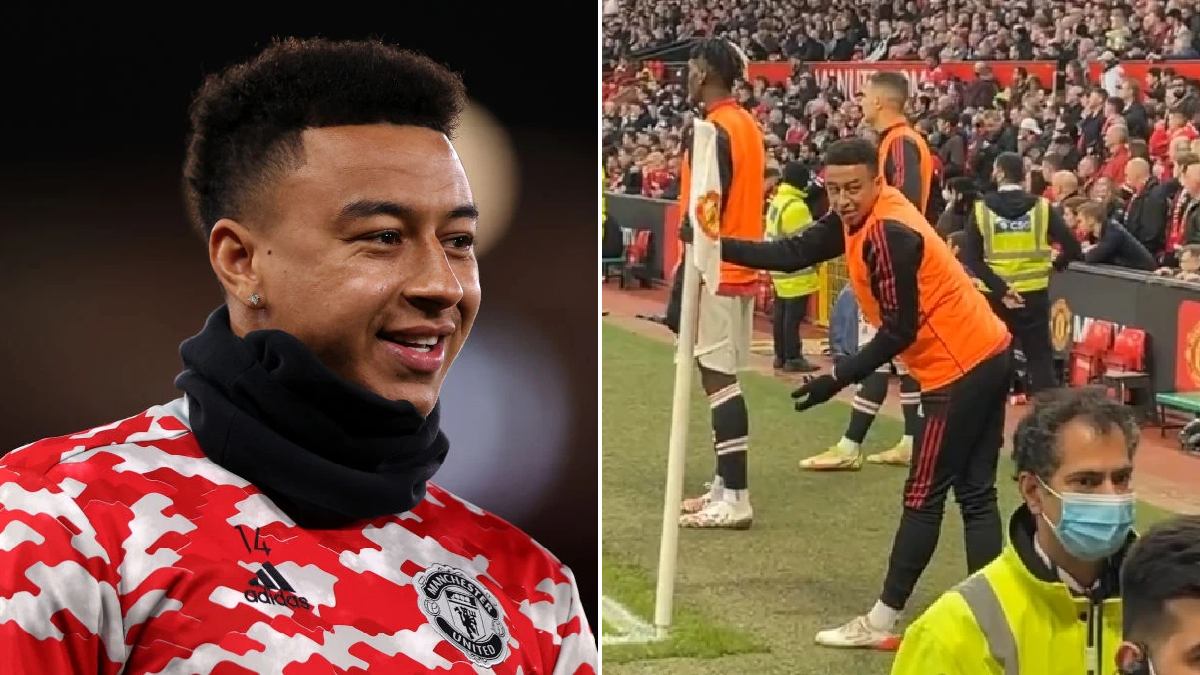 Jesse Lingard has played down his touchline exchange with a section of angry Manchester United supporters during Sunday’s 5-0 defeat to Liverpool and revealed they told him to ‘work harder’.

The 28-year-old was an unused substitute as Ole Gunnar Solskjaer’s side slumped to an embarrassing defeat, with the atmosphere inside Old Trafford threatening to turn toxic as the players were booed off at half-time.

Lingard, along with Paul Pogba and Diogo Dalot, were warming up near the tunnel entrance in the first half when footage appeared to show him taking abuse from United fans.

As the frustrated crowd yelled at the nearby subs, a confused Lingard – who is a lifelong fan of the Red Devils – turned to them and shouted back: ‘I’m not even on the pitch!’

But now Lingard has clarified exactly what was said, stressing that the initial comments from the United supporters were rather tame and the home fans were not abusing him.

Speaking on Twitter after the game, he explained: ‘It wasn’t abuse!

United’s defeat means they are already eight points behind Premier League leaders Chelsea after just nine games as the pressure ramps up on Solskjaer.

Reacting to the defeat, the Norwegian told Sky Sports afterwards: ‘It’s not easy to say something apart from it’s the darkest day I’ve had leading these players and we weren’t good enough, individually and as a team.