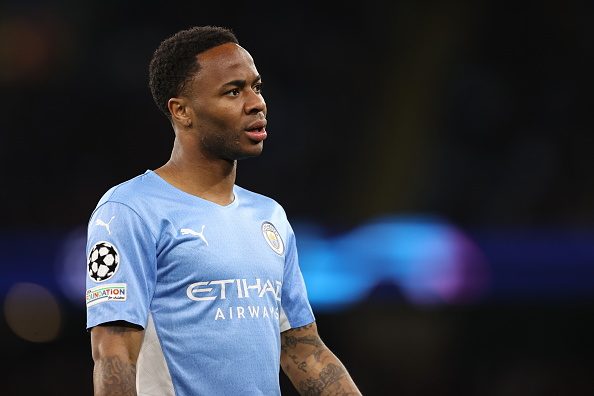 Chelsea must bring in a goalscorer alongside Raheem Sterling this summer, according to former Blues striker Jimmy Floyd Hasselbaink.

The Blues are set to sign Sterling from Manchester City in a deal worth £45million after the club agreed personal terms with the player.

Sterling will become Chelsea’s top earner ahead of N’Golo Kante with his £300,000-a-week deal.

However, Thomas Tuchel is still short of options up front following Romelu Lukaku’s loan move back to Inter Milan.

Kai Havertz operated as a false nine plenty of times last season and found the back of the net 14 times across all competitions.

Although Hasselbaink insists Sterling is a ‘great signing’ the ex-Blues star believes his former club require a player who can score in excess of 20 goals a season in their squad.

‘They need a goalscorer. Sterling’s a great player, a very good player but he’s not an out-and-out No.9,’ Hasselbaink told Sky Sports.

‘So I think if you’re going to get Sterling you still need a goalscorer with him.

‘We all know about Sterling and what he can do, how good he is, how quick he is and how determined he is, so great signing.

‘But I still think they need a 20+ goalscorer in their squad.’