The midfielder has been out since December after suffering the injury against Southampton and, during that time, Villa have won just two of the nine Premier League games.

They travel to Leicester on Monday and, while the Scotland international will not feature, he could be ready to face Chelsea at Villa Park next Saturday.

“He’s getting to where we want him to be and had a CT Scan today (Friday) to make sure there’s a full union of the fracture,” said Smith.

“He trained with us, we’ve not had him training in contact sessions yet, he’s been involved in possession and shape work.

“He feels really good which is the important thing. He’ll be pushing me for Chelsea, that’s for sure.

“Once he gets on that training ground he’ll move quickly and he’s certainly progressing quickly now.

“Obviously, there will be a lot of pressure put on him because of the pressure on him before his injury, but we have to make sure he’s right when he actually comes back.” The 25-year-old sat out Sunday’s 2-1 Carabao Cup final defeat to Manchester City as results in the league left Villa second from bottom.

They are two points from safety ahead of their trip to the King Power Stadium but take heart from their 3-2 aggregate win over Leicester in the Carabao Cup semi-finals in January.

He said: “Leicester are third in the league for a reason, Brendan (Rodgers) has done a fantastic job. We have a great belief in ourselves, we can beat any of the last 11 teams we’ve got to play.

“You only have to look at the results from last weekend to know all teams in the league are beatable.” 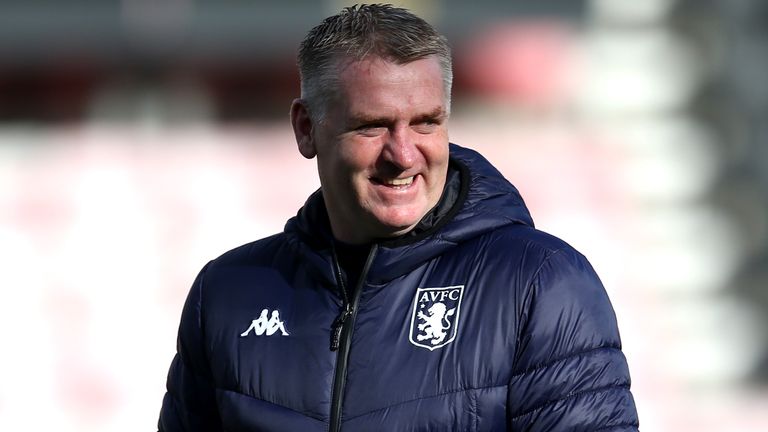 Villa have a game in hand after their match with Sheffield United was postponed because of the Carabao Cup final and their trip to Newcastle this month is also delayed after the Magpies’ FA Cup progress.

It will leave Smith’s men playing catch up but he insisted the squad can handle it.

“It’s tough but we need to make sure we get the performances from the Tottenham and Manchester City games and not the Southampton game,” he said.