Craig Brown knew he was being watched. The then-Scotland boss had been tipped off that a spy would be in the Wembley stands, taking notes to pass on to England manager Terry Venables ahead of their Euro 96 clash.

But El Tel’s man on the inside looking over Scotland’s pre-match preparations wasn’t some anonymous FA staffer who snuck into the stadium unannounced. It was John Motson, one of Britain’s most recognisable commentators.

Although in this particular game of subterfuge, Brown was one step ahead.

“We heard he [Motson] was in and he was very friendly with Terry Venables, so would be watching us – I was told Motson was spying, which is quite normal to spy on the opposition,” recalls Brown.

“We were going to play with a back three, but we set up a team for training with a back four [instead]. We were also into short corners at the time, so we took a lot long over the back, which was the opposite of what we were trying to do, so not to give them anything.

“We also had throw-ins we used, but in that session we didn’t use them and did different ones, with different people taking them. So if John Motson went back with any information, it’d be total nonsense.”

It was the first tactical play in a topsy-turvy encounter that came to characterise Scotland’s last European Championships appearance, as the Tartan Army travelled south to try to ruin England’s Euros party.

And while Brown managed to keep his team selection under wraps until the day of Scotland’s game with the Auld Enemy, it proved futile as England ran out victorious.

Yet even though history remembers a 2-0 win in front of a rocking Wembley, the reality was the match was more finely balanced than the scoreline suggests – finally see-sawing in the Three Lions’ favour in a whirlwind minute in the second half.

David Seaman’s penalty save from Gary McAllister first stopped the Scots from drawing level, before Paul Gascoigne scored one of the most memorable goals in England’s past at the other end by lifting the ball over Colin Hendry’s head and volleying into the net. 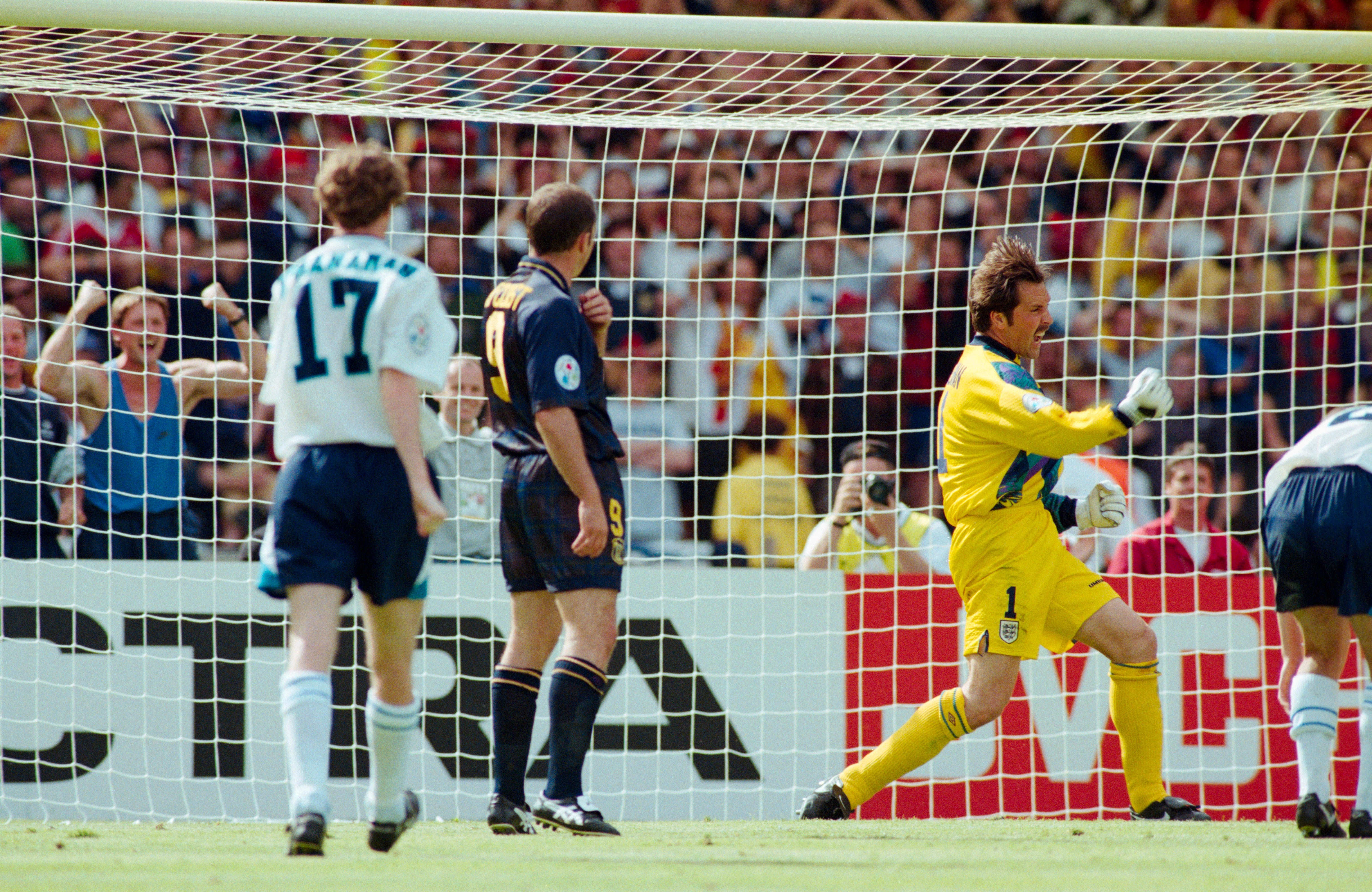 Brown says Gazza apologised to him with a characteristic cheeky grin after the game, but the former Rangers playmaker wasn’t the only one looking for forgiveness at full time.

“McAllister said himself that he thought if he’d scored the penalty, we’d have won the game – we were getting in the ascendancy against England,” Brown laments.

“It’s easy to say with hindsight that [striker, Ally] McCoist should have taken that penalty, but McAllister was the designated taker and was very accomplished at it. He quite modestly went on television and took the blame afterwards, but I said there’s no blame – the blame is if it’s a deliberate mistake you make, but not one that’s unintentional.”

Defeat by England may be what most people remember from Scotland’s Euro 96 odyssey, but it was a rare low point for Brown’s side as they came within one goal of progressing to the knockout phase of a major tournament for the first time in the nation’s history.

They’d qualified in impressive fashion, conceding only three times in 10 qualification matches to secure their spot in the newly expanded 16-team championship. It was a campaign Brown says had even more riding on it than usual after being “threatened, half-joking” that the Scottish FA couldn’t accept not being in a tournament held south of the border.

If there was any pressure, it didn’t show. And as the big kick-off approached, Brown’s squad welcomed another one of Scotland’s favourite sons to the fold to build the feel-good factor throughout the camp.

“Rod Stewart joined us for training, he’s a good player and is very keen,” remembers Brown. “His manager phoned me and asked if I’d mind if they came to training and I said ‘certainly’. When he came I asked if he wanted a game. 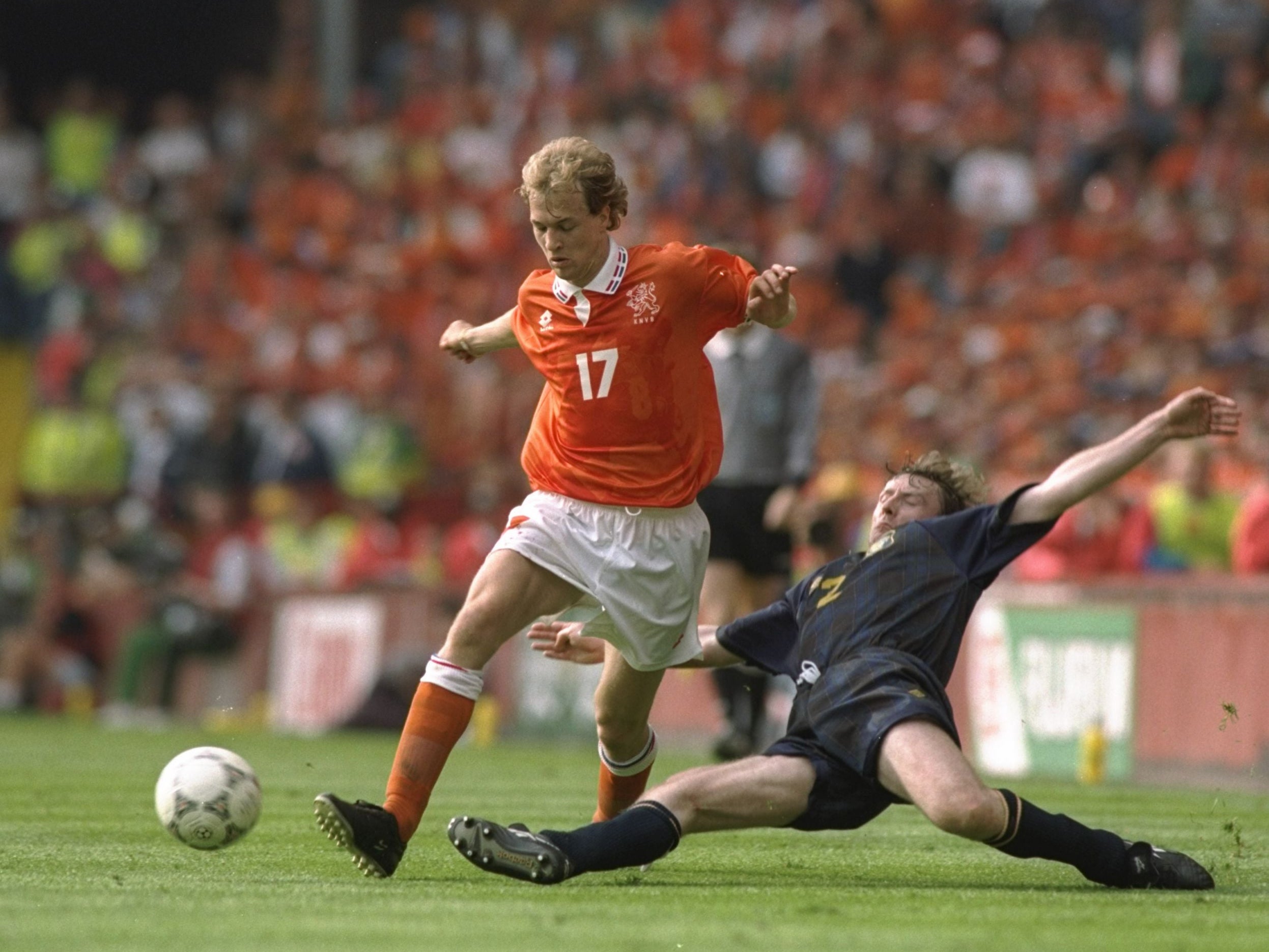 “We had a bit of fun and he invited us to his concert. It wasn’t long before he had Billy McKinlay and McCoist up on the stage and he did the whole second half of the show in a Scotland jersey. It ended up with the whole team being up on the stage singing with him – it was a great night for morale.”

That carried into the tournament, as Scotland’s 0-0 draw with the Netherlands – paired with the England defeat – left them in with a chance of getting out of the group if they could beat Switzerland in their last match and the other result went their way.

McCoist’s first-half goal meant a dominant Scotland were holding up their part of the bargain as the evening wore on, with news of England’s demolition of the Dutch at Wembley looking as though it’d be enough for the two home nations to qualify. Until Patrick Kluivert’s late consolation cut England’s lead to 4-1, meaning Brown’s men needed another goal to progress.

“We had a guy listening to the commentary and he was advising me of how things were going [at Wembley],” explains the 80-year-old. “When it got to 4-0, we were one up and therefore I was quite content because we didn’t look like losing a goal. I certainly wasn’t going to put on a forward player, I thought we’d done enough.

“I was going to keep it as tight as possible, but when I got word with 20 minutes to go that we needed to get another goal to qualify, I put Colin Hendry up front and the idea was to put everything into their penalty box, launch it in and he’ll upset them. He’d never been a striker in his life, but he’ll get his head on to it and be brave and irritate them.” 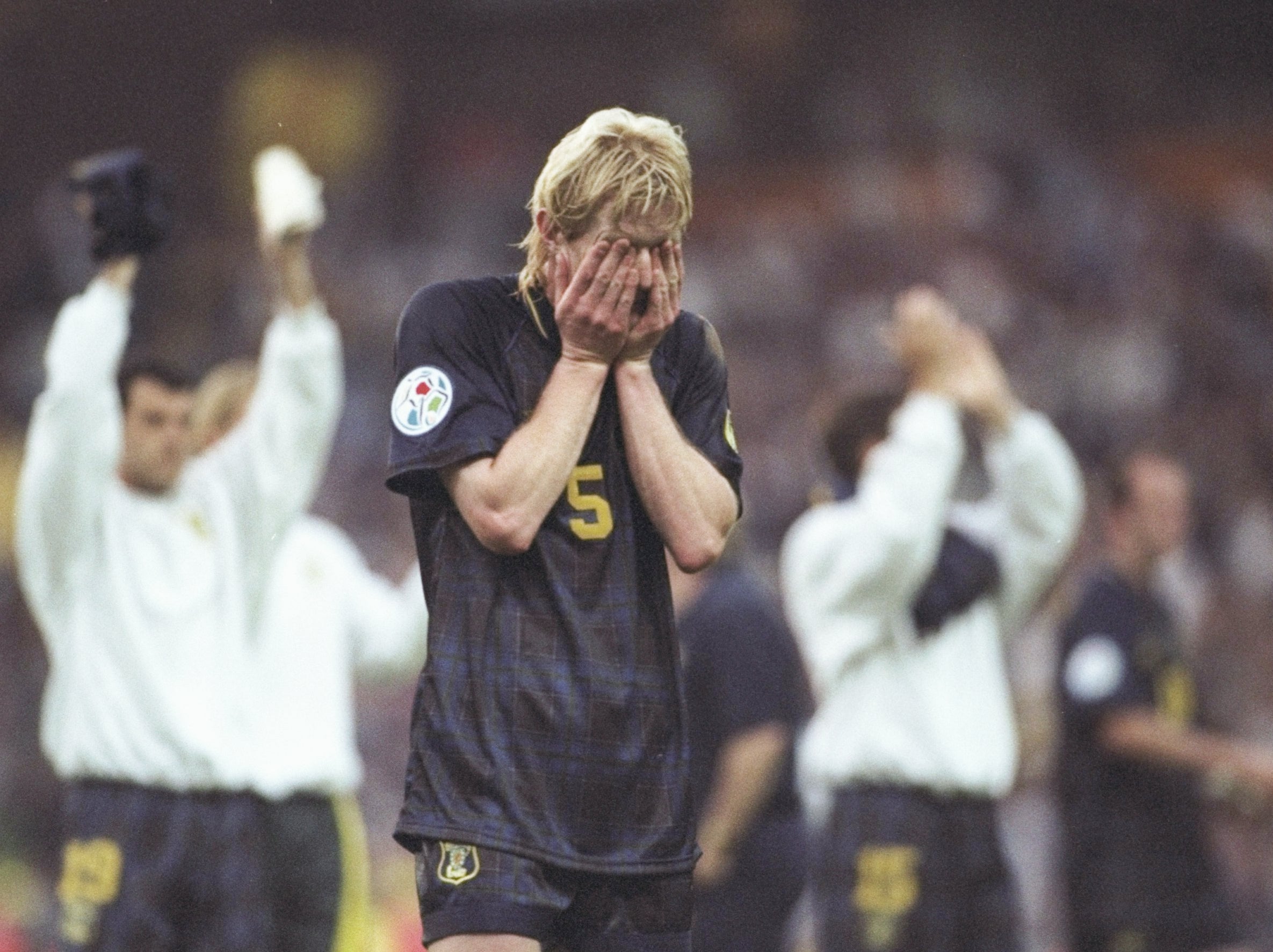 It wasn’t to be and Scotland’s 1-0 win wasn’t enough. But 25 years on, Brown says he has no regrets, even though they came so tantalisingly close to getting through to the quarter-finals.

“I’ve always said the easiest team to coach is somebody else’s,” he philosophises. “You’d say, ‘I’d do this and I’d do that,’ but when it’s your team, it becomes your responsibility and it’s not so easy to make the vital decisions. If I had my time again, I think I’d end up doing the same things – in fact, I’m quite sure I would.”