A flick with the outside of the boot into Harry Kane. A driving run into the area. One touch to go between two defenders, a second to manoeuvre past a third, and a final finish into the bottom corner. Three-nil. What a goal. Hang on a minute, is that Jordan Henderson?

You have to lean forward and squint a little to see who it is getting congratulated in the centre of the celebratory huddle. It certainly looks like Jordan Henderson. A glance up to the big screen for the replay. Bloody hell, it is Jordan Henderson.

The same Jordan Henderson who had played another slick one-two with Phil Foden a few minutes earlier, with another pass into feet, another overlapping run into the box, and provided the cross from which Harry Kane headed in his first goal of the night. 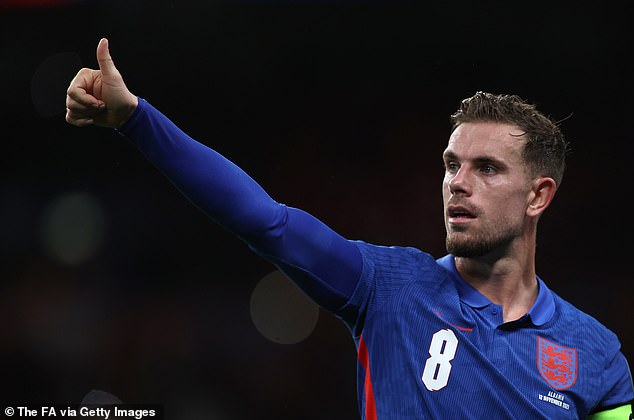 It was this Jordan Henderson who had been named to start alongside Kalvin Phillips in central midfield as part of Gareth Southgate’s 3-4-3. The same selection that had caused such familiar outrage before kick-off. If Twitter could make noises, all you would have heard an hour before kick-off was some swearing and the sound of a pint glass being slammed on a pub table and the angry slosh of beer. ‘Two holding midfielders and five at the back? Against Albania?! That does it. I need the loo.’

Yet at Wembley, as England all-but secured qualification, this Jordan Henderson showed that he is more than just a holding midfielder. He plays forward, he thinks forward. He doesn’t just move the ball, stand and admire and brush his hands at a job well done.

He brought a much greater balance to England’s midfield. For a team who are so often criticised for not moving the ball quickly enough into the array of attacking talents they have, this is what Southgate needs from his midfield. 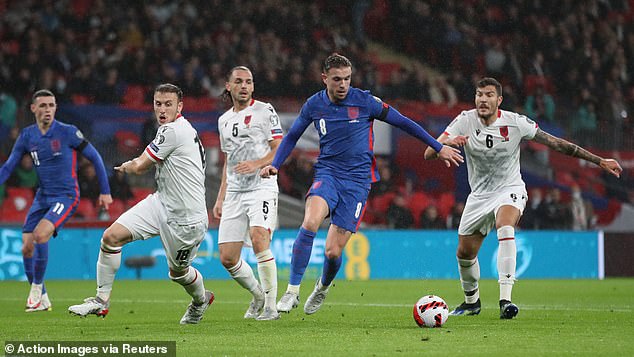 Yes, this was Albania. Yes, they had to make two substitutions in the first 20 minutes. Yes, this was not Italy in the final of a major competition.

As fine a partnership as Declan Rice and Kalvin Phillips are, and how well they have done in England’s recent success, the criticism remains that they are too similar. Both like to sit, both like to break up play and move the ball from deep. Should I go, should you stay?

Rice, in fairness, has shown for West Ham a desire to drive forward more often with the ball at his feet. England will need to see more of that too. 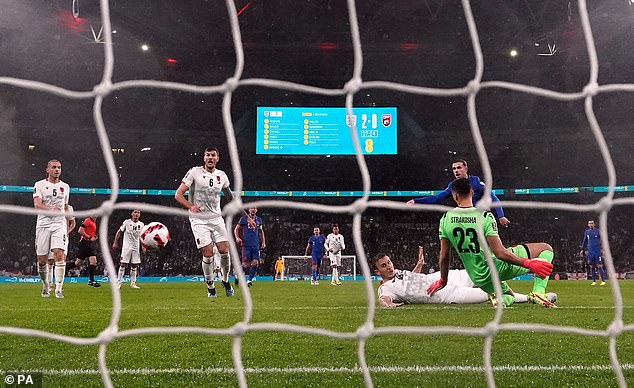 But seeing Henderson in this guise, especially as he drilled a first-time pass into Kane at the start of the second half as the Tottenham striker went in search of a fourth goal, you could not help but wonder what impact he might have had on England’s midfield at Euro 2020. What might he have done with the ball when England were a goal up in the final and should have pushed for a second had he not have come into the tournament on the back of a long injury and with no real match sharpness.

The answer, of course, is who knows. Aunties, balls, uncles and all that. But with the World Cup in a year’s time, Southgate knows he will need his midfield to dominate matches if they are to progress. Too often they are overrun.

If they are to win a major tournament, they will need to beat better opposition than this. But they will also need a player of the kind of this Jordan Henderson, with his leadership that comes with it. And it’s also a kind of Jordan Henderson than England fans should want to see.