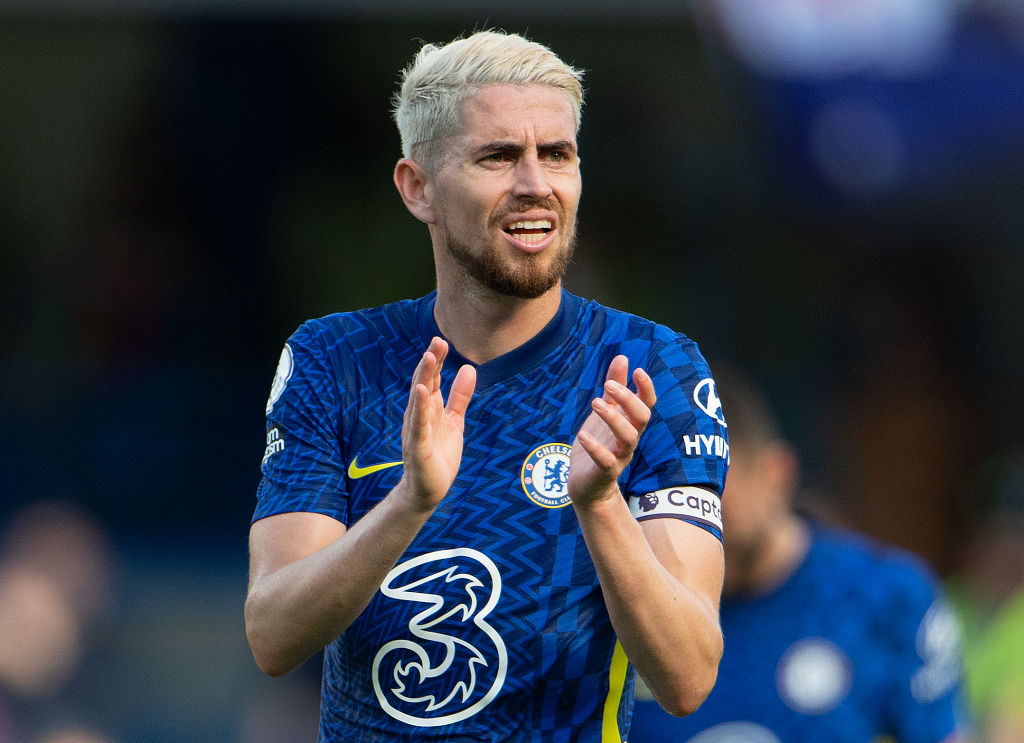 Jorginho’s agent says returning to Italy after lifting next year’s World Cup would be a ‘dream’ scenario for the Chelsea midfielder.

The 29-year-old had an outstanding campaign last term, getting his hands on the Champions League at club level before winning the European Championships with the Italy national team.

In doing so, Jorginho joined an elite group of just ten males to lift both trophies in the same season and the deep-lying playmaker was named UEFA Men’s Player of the Year last month to cap off a stellar year.

However, there has been some uncertainty over Jorginho’s future, with the Italian out of contract at Stamford Bridge in two years time and Juventus, Barcelona and former club Napoli monitoring the situation.

Jorginho has done little to quash the rumours – recently complaining about the weather in London and talking up a potential reunion with Napoli – and his representative has further fueled the speculation during an interview with Radio Bianconera.

‘He has a contract with Chelsea until 2023,’ Joao Santos said.

‘Obviously, it would be a dream for him to return to Italy, hopefully after winning the World Cup.

‘We’ll have to see what the market looks like in a couple of years and what the other situations are.’

Santos revealed there was a serious ‘possibility’ Jorginho could have joined Juve when Maurizio Sarri was in charge of the Serie A giants.

‘In the past, when Maurizio Sarri was the coach, there was a possibility that Jorginho would come to Juventus,’ he added.

‘The Juventus director made an approach, it was a possibility.’

Chelsea head coach Thomas Tuchel has been full of praise for Jorginho this season, with the Italy international starting all three of the side’s opening matches in the Premier League.

‘I think Jorgi is a very strategic player,’ the German recently told reporters.

‘He can play in advance, knows what to do in ball possession, can imagine what is going to happen in one or two passes ahead.

‘He lacks, if you isolate him or watch him separately, the pure physical ability that makes him the number one candidate to be a number six in the Premier League.

‘But once you have him in a structure, he is very well organised in his game, he organises all the environment around him, which helps him then, when everything is organised, and then he can show his true abilities in controlling the rhythm of a game.’