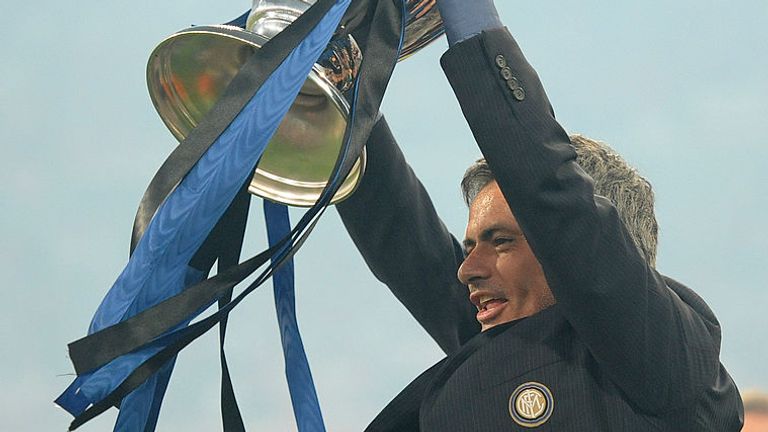 Jose Mourinho says his unselfishness was the key to Inter Milan winning the Champions League title 10 years ago today.

In Madrid on May 22, 2010, Mourinho’s Inter beat Bayern Munich 2-0 to complete a treble – including Serie A and the Coppa Italia – and become only the fifth manager in history to win Europe’s top club competition with two different clubs.

Having already collected two pieces of silverware that season, the Portuguese coach said the deciding factor in beating Bayern was that he was solely focused on how important it was to his players – not to himself.

“In the final against Bayern Munich, there hasn’t been a single moment when I thought about myself,” Mourinho, the current Tottenham Hotspur manager, told Sky Sports News.