Liverpool boss Jurgen Klopp should back his youngsters again in the FA Cup for the fifth-round trip to Chelsea, says former Arsenal forward Paul Merson. Liverpool will aim to bounce back from their first Premier League defeat of the season by reaching the quarter-finals of the FA Cup on Tuesday night. Klopp has rotated his squad for the first two rounds of the competition and played no first-team players in the fourth-round replay win over Shrewsbury as it coincided with the Premier League winter break.

Liverpool are 22 points clear at the top of the league table with 10 games remaining and are almost certain to land their first title for 30 years.

But despite that, Merson still believes Klopp should not put great importance on the FA Cup and instead focus on the Champions League, where they currently trail Atletico Madrid 1-0 after the first leg of their last-16 tie.

“Do they play a strong team [against Chelsea]? I don’t know,” Merson said on The Debate.

“He’s given kids a chance in this competition, does he go with that still and think ‘I’ll go for the Champions League’?

JUST IN: Chelsea vs Liverpool free live stream, TV channel: How to watch FA Cup match at no cost 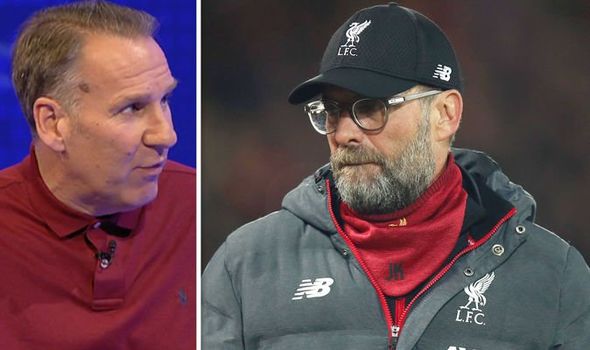 “I think it would be hard for them to keep the league up, then win the FA Cup and be in the Champions League at the same time.

“He’s played a lot of the kids in this competition who have done great and not let him down and it’s been a real good experience for them.

“I think this would be a massive experience for them if he played them in this game as well, against some quality players at Chelsea.

“At the start of the season if everybody sat down at Liverpool and went ‘right, what do we win this year? What would everybody want to win?’, you’d say the Premier League an everything else is irrelevant in my opinion.

“Now, they’ve won the league, do you go for the Champions League and go back to back for the first time? Or do you try and win the FA Cup?

“For me I’d concentrate on Atletico Madrid and give these kids all the experience in the world again [on Tuesday] at Stamford Bridge against some quality players.”

Klopp would not give any clues about his team selection at his pre-match press conference on Monday.

“We have to make a decision: do we talk about the line-up or not?” Klopp said. 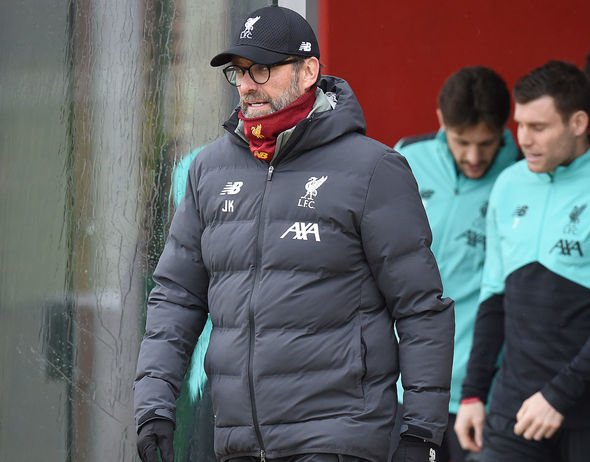 “I decided we don’t talk about the line-up and that means we cannot talk about single players.

“All fit players are in contention – that obviously includes Taki [Takumi Minamino] as well.

“If you tell me the Chelsea line-up, I will give you our line-up.

“I don’t want to gamble with it or whatever, line-ups are decisive and as long as we don’t know anything about the opponent, we cannot give anything away. That’s how it is.”