Liverpool manager Jurgen Klopp was delighted with the way his much-changed side dealt with AC Milan in the San Siro to set a new record by becoming the first English club to win all six Champions League group matches.

Goals from Mohamed Salah, his 20th of the season, and Divock Origi secured a 2-1 comeback win after Fikayo Tomori’s 29th-minute opener.

Klopp had made eight changes from the last-gasp win at Wolves on Saturday with only Alisson Becker, Salah and Sadio Mane retained. 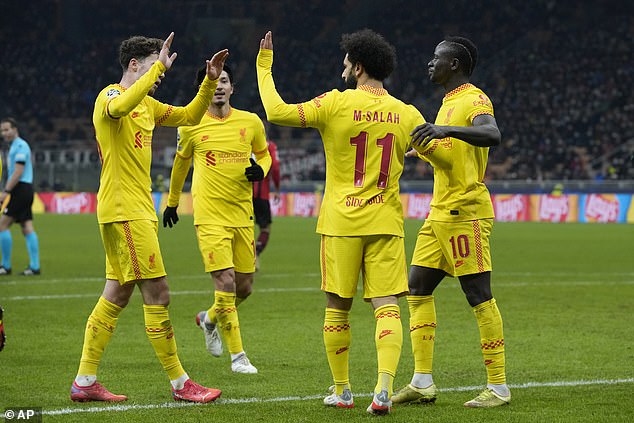 ‘Honestly I don’t feel pride a lot in football because most of the time I expect good things happen,’ he said.

‘But tonight there was a lot of pride, an exceptional performance; I don’t mean because we won six games, I mean this game because it was so good with that many changes.

‘It is easy for me to make the changes but the boys have to be confident enough to show how good they are and I saw so many good football things tonight which is incredible.

‘And we won all six games, which is absolutely incredible and just another chapter for this group of players.

‘It’s not a prize (winning all six) and you win something; I’d have taken each points tally to go to the next round but 18 is the best so we take that as well.’

Klopp was particularly pleased with their defensive display, having fielded a completely new back four – which included Nat Phillips making his first start of the season – and midfield.

‘I really thought we defended exceptionally well,’ he added.

‘The plan of Milan was playing through the centre, through the half-spaces between the winger and our eights.

‘We made it complicated because of the disciplined work of all of the players. 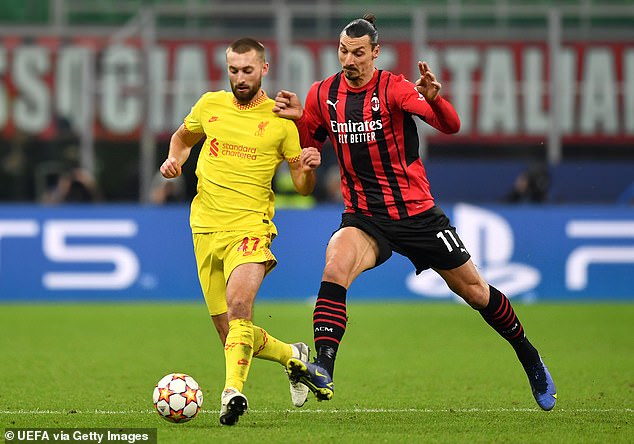 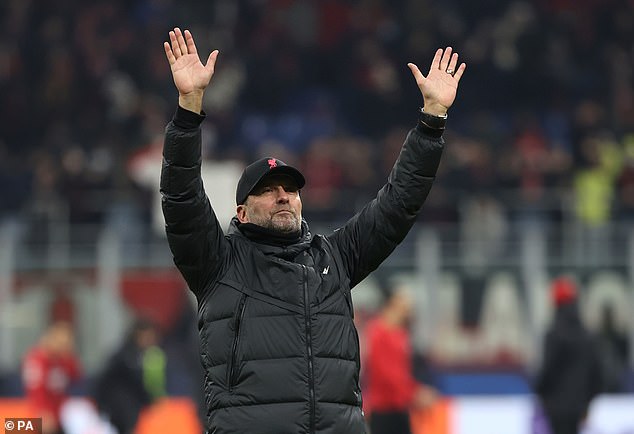 ‘How they defended tonight was outstanding, I am really proud of the boys.’

Milan went into the game hoping for a place in the last 16 if results went their way but defeat meant they finished bottom of the group and their Champions League return is over.

‘We have learned a lot in these six matches. It wasn’t the match and the result we wanted tonight,’ said coach Stefano Pioli.