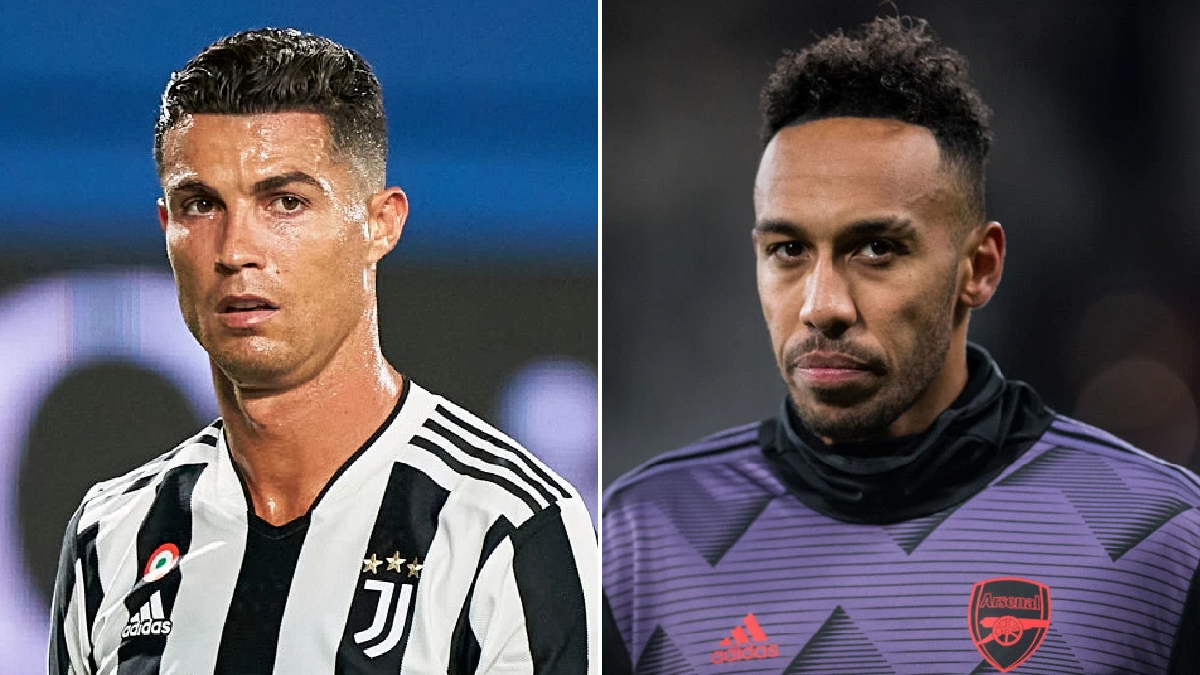 Juventus are on the hunt for a new forward to replace Cristiano Ronaldo following his move to Manchester United and have been linked with a move for Arsenal skipper Pierre-Emerick Aubameyang.

The Italian giants accepted a £12.8million offer from United, plus a further £6.8m in easily attainable add-ons, and the Portuguese superstar will now become the highest paid player in the Premier League.

But the transfer leaves Juventus light on options up front and without their top scorer from last season, with the 36-year-old having netted 29 times in Serie A despite a disappointing fourth-place finish.

That prompted suggestions Juve could make a move for Aubameyang, with some reports in Italy claiming the Gunners would allow the striker to leave if they received a fee of just €20million (£17m).

But transfer expert Fabrizio Romano has firmly put those rumours to bed by confirming that Juventus are not looking at Aubameyang as one of the potential replacements for Ronaldo.

There has been no contact between any of the parties and contrary to reports Aubameyang has not been offered to the Old Lady, who are instead pursuing another Premier League striker.

In fact, Juve want to bring Moise Kean back to Turin and talks are already progressing with the player’s agent, Mino Raiola, having been in the city to discuss a new deal for another of his players, Juve youngster Wesley.

Everton are happy to let Kean leave and would prefer for it to be a transfer rather than another loan, with the Italian having spent last season at PSG, while the 21-year-old would jump at the chance to return.

Although Aubameyang may not be moving to Juventus, speculation continues to surround the futures of both the Arsenal skipper and fellow striker Alexandre Lacazette, with the Gabonese frontman also linked with a potential move to Manchester City after they missed out on both Harry Kane and Ronaldo.

Asked if City might be tempted to move for Aubameyang, Arteta said: ‘I don’t know. Pierre-Emerick Aubameyang is our player and he will remain here.’

On whether the club would have to consider offers for any players, he added: ‘I don’t know. We haven’t had a situation but probably that question is more for (technical director) Edu and the board.’