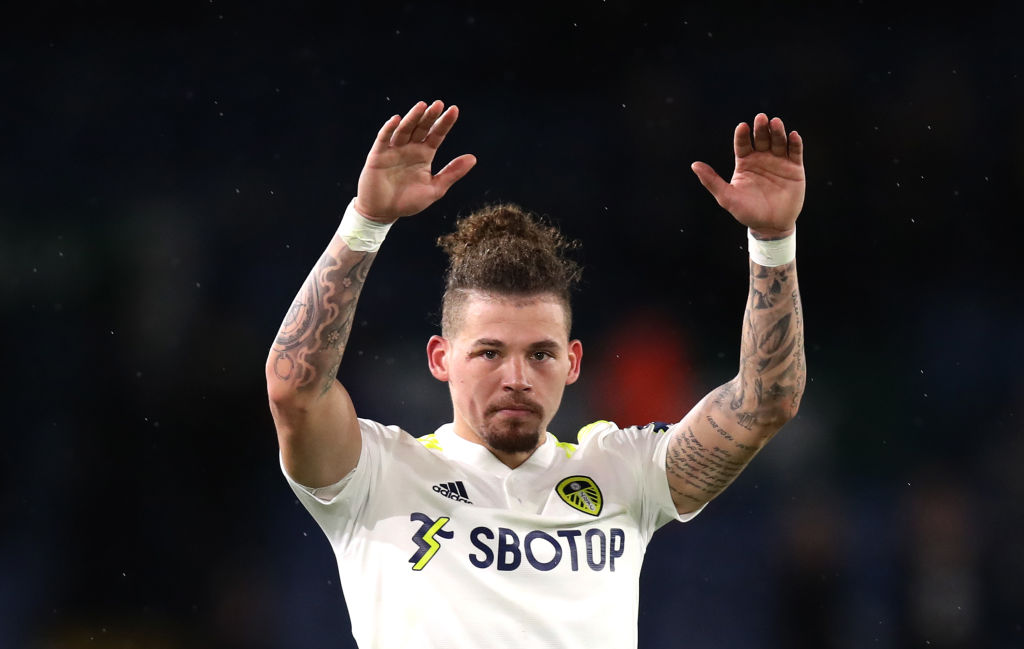 Both Manchester United and Liverpool are interested in Kalvin Phillips, but he would prefer a switch to Anfield over Old Trafford in a bid to not upset his beloved Leeds United fans.

The 26-year-old has been on the radar of the Reds and the Red Devils thanks to his standout performances for Leeds and England over the last 18 months.

He remains under contract at the Yorkshire club until 2024, but could be the subject of a big-money move in the summer from either of the Premier League giants.

The Sun reports that he would not be keen on a move to Old Trafford, though, given the old rivalry between Leeds and Manchester United and the sour taste that switch would leave in the mouths of fans at Elland Road.

Whether he would turn down the move if the Red Devils were the only team to come in for him is yet to be seen, but he would certainly prefer a transfer to Liverpool given the option.

Phillips was outstanding for England over the summer as they made it to the final of Euro 2020, vastly raising his profile after just one season as a Premier League player.

However, it has been a difficult season for both him and Leeds so far since the European Championships with Marcelo Bielsa’s side 15th in the Premier League and Phillips struggling with injury.

A hamstring problem picked up at the weekend in a draw with Brentford could keep the England man out until February, in the latest issue in an injury-plagued season so far for Bielsa.