‘The specific characteristic of the ball… made life really difficult’: Jurgen Klopp refuses to blame Adrian for fumbling Willian’s shot for Chelsea’s first goal in victory over Liverpool

Jurgen Klopp suggested that the FA Cup ball played a part in Adrian fumbling Willian’s shot into the net for Chelsea’s first goal in their 2-0 win over Liverpool.

Willian’s effort from the edge of the area slipped from Adrian’s grasp and into the side of the net after only 13 minutes of their FA Cup encounter at Stamford Bridge on Tuesday night.

But Liverpool manager Klopp was in no mood for blaming his players after a slack passage of play. 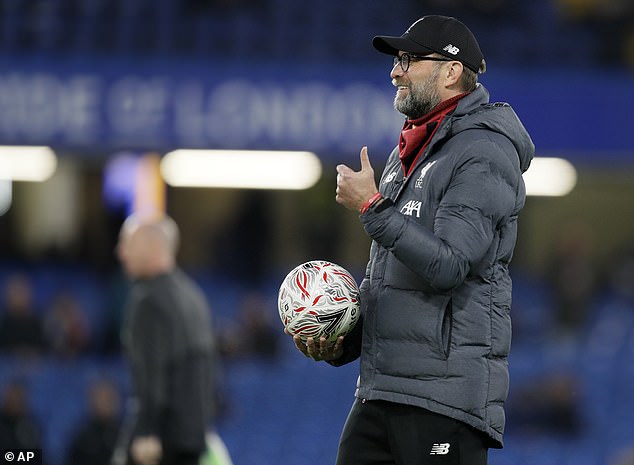 ‘The specific characteristic of the ball and Willian’s shooting technique made life really difficult.

‘Before that Adrian saved a sensational ball. He caught the ball and quick restart, which was a good idea, but not everybody was ready.

‘Fabinho was surprised by the pass. We wanted to play like this but we lose that ball and they finish it off.’

The defeat is Liverpool’s third in their last four games. 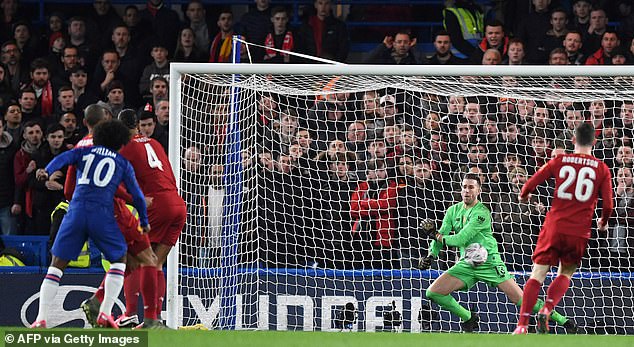