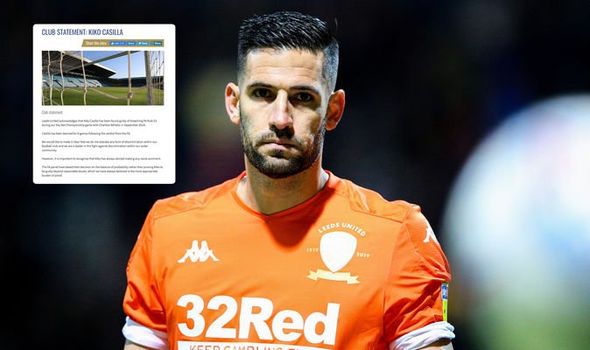 Leeds United goalkeeper Kiko Casilla has been handed an eight-game ban having been found guilty of racially abusing Charlton Athletic attacker Jonathan Leko. Casilla was found proven by an independent regulatory commission, who will release the written reasions behind their decision next week, after denying the charge.

The comments he made took place in Charlton’s 1-0 win over Leeds back on September 28 at The Valley.

The 33-year-old has also been issued a £60,000 fine and been told to attend a face-to-face education session.

And the Whites said in an official statement on their website: “Leeds United acknowledges that Kiko Casilla has been found guilty of breaching FA Rule E3 during our Sky Bet Championship game with Charlton Athletic in September 2019. 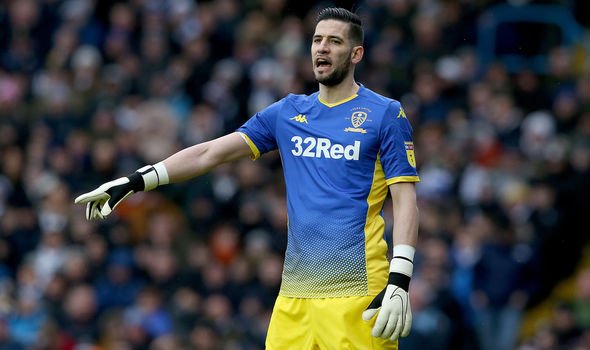 “However, it is important to recognise that Kiko has always denied making any racist comment.

“The FA panel have based their decision on the balance of probability rather than proving Kiko to be guilty beyond reasonable doubt, which we have always believed is the more appropriate burden of proof.”

The Football Association had began their investigation over the matter in October and granted Casilla extra time to respond the following month after they charged him with breaching Rule E3.

The Spaniard, they said, used words that “made reference to race and/or colour and/or ethnic origin”.

The minimum suspension for a player found guilty of an aggravated breach of the FA’s discrimination rules is six matches, with punishment increased depending on additional aggravating factors.

The length of the ban matches that of the ban handed out to Luis Suarez when he played for Liverpool, having been found guilty of racially abusing Manchester United defender Patrice Evra back in 2011.

The Uruguayan, now at Barcelona, was handed a £40,000 fine in addition.

In their statement on Casilla’s ban, the FA said: “Kiko Casilla has been suspended for eight matches with immediate effect, fined £60,000 and must attend face-to-face education after a breach of FA Rule E3(2) was found proven by an independent Regulatory Commission. 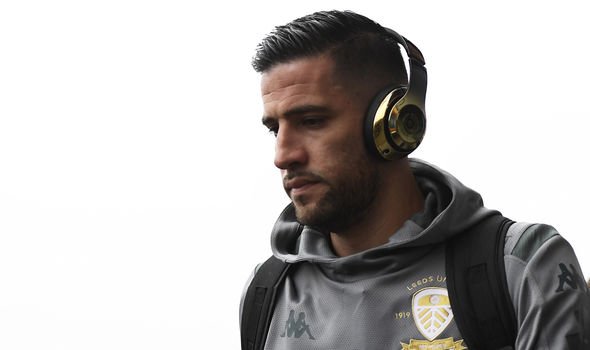 “The Leeds United Goalkeeper denied using abusive and/or insulting words, which were contrary to FA Rule E3(1) and constituted an “Aggravated Breach”, which is defined in FA Rule E3(2), as they made reference to race and/or colour and/or ethnic origin, towards a Charlton Athletic player during an EFL Championship fixture on Saturday 28 September 2019.

“The independent Regulatory Commission’s written reasons will be published on the week commencing Monday 2 March 2020.”

Leeds boss Marcelo Bielsa is expected to start Illian Meslier in Casilla’s absence, with January recruit Elia Caprile then taking up a spot on the bench.