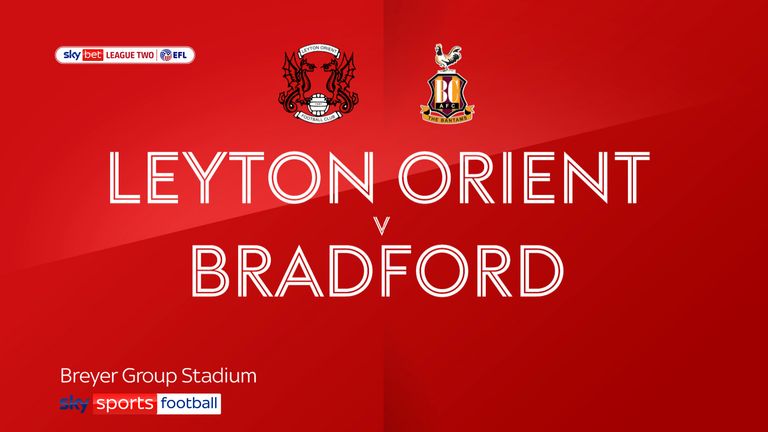 The first period proved a tightly-contested affair with visiting defender Niall Canavan coming closest to breaking the deadlock when his effort was cleared off the line by Hector Kyprianou.

But Orient dominated the second half, playing with more tempo, and within two minutes Bantams keeper Richard O’Donnell was forced to parry a left-footed piledriver from Theo Archibald.

The home side maintained the pressure and got their reward after 66 minutes when Sotiriou latched on to a pass from Tom James and drilled the ball across O’Donnell from a tight angle.

Orient deservedly doubled their lead after 82 minutes as Smith collected an Archibald pass and neatly tucked the ball into the net from 20 yards.

The best the visitors could muster in response was a fierce shot by Canavan that was blocked.