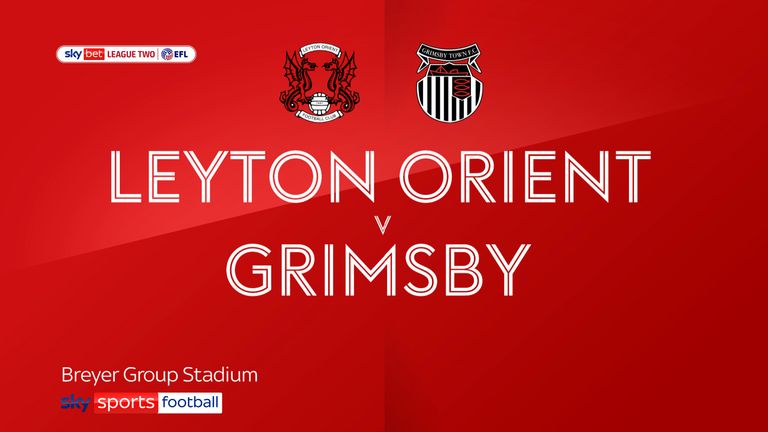 Substitute Montel Gibson scored from the penalty spot in added time to give Grimsby a 3-2 away win against Leyton Orient at Brisbane Road.

Conor Wilkinson had given the O’s a fast start when he pounced on a delightful through ball from Ruel Sotiriou and scored after five minutes before the Mariners went in front before the break with two goals from Luke Waterfall and George Williams.

The first came in the 22nd minute when Waterfall’s header from a Williams corner crept over the line.

Then in the 32nd minute, the busy Owen Windsor played a through ball to Williams who coolly drew the goalkeeper and found the net from 15 yards.

A solo effort from substitute Jordan Maguire-Drew after 75 minutes brought the hosts back on level terms when he cut in from the right before sending a left-footed drive into the far corner.

But with a draw beckoning, Grimsby hit Orient on the counter when a mazy run from Windsor led to him being brought down and Gibson clinched the points with his spot-kick.