Lionel Messi has the last laugh as Argentina talisman scores just 12 seconds after being taunted with ‘Where is Messi?’ chants by Australian fans in World Cup last-16 clash

Lionel Messi had the last laugh after being taunted by Australia fans during the World Cup last-16 clash.

Australian supporters repeated the ‘Where is Messi’ chant made famous by a group of Saudi Arabia fans after their shock victory.

But the joke fell flat as the Argentina talisman responded by scoring the opening goal just 12 seconds later on Saturday night. 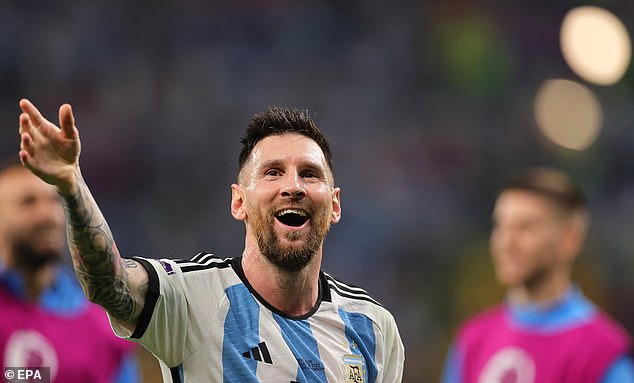 Messi injected some much-needed dynamism in the 35th minute, playing a one-two with Nicolas Otamendi on the edge of the penalty area and side-footing home into the bottom corner.

It was his 789th career goal, his 94th in 169 senior appearances for his country and his first in the World Cup knockout stages.

Julian Alvarez put them in control by making it 2-0 early in the second half. 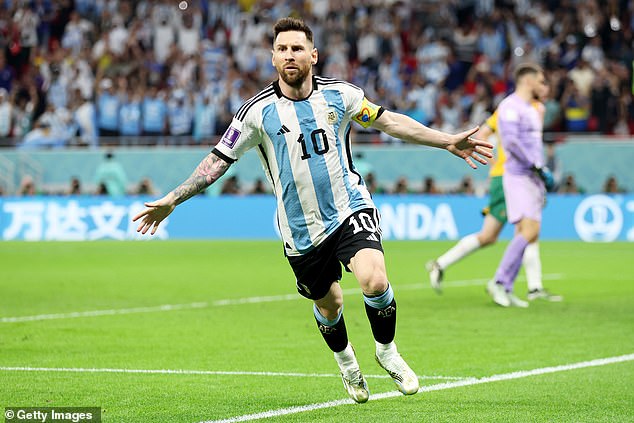 Craig Goodwin’s deflected shot gave Australia a lifeline, but Argentina held firm in front of their army of fans, who heavily outnumbered Australia’s supporters and created an electric atmosphere at the Ahmad Bin Ali Stadium.

Messi, whose side now face Holland in the last eight on Friday, said: ‘I’m very happy for taking another step forward, achieving another objective. It was a very difficult match, we knew it was going to be this way.

‘We knew it was going to be a very physical match and they were very strong.

‘We had a setback with their goal, but that’s the World Cup for you. Matches are always difficult and what’s important is that you win.’ 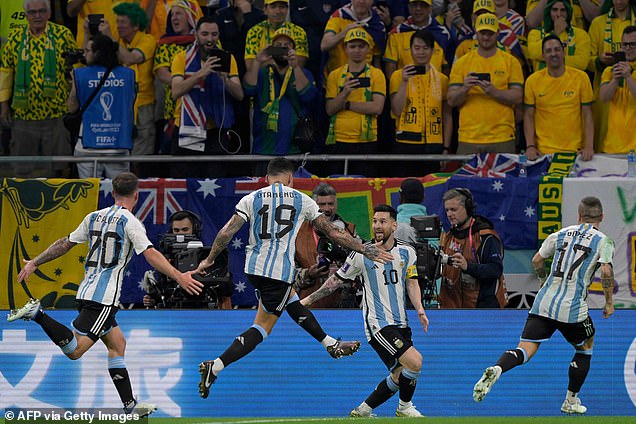