Liverpool have announced they will head to Austria for a pre-season training camp with defensive trio Virgil van Dijk, Joe Gomez and Joel Matip named in the travelling party as they prepare to return from long-term injuries.

Van Dijk and Gomez have not played since October and November respectively after sustaining serious knee injuries but will join up with the squad – missing players who were, or still are, involved in Euro 2020 and the Copa America. 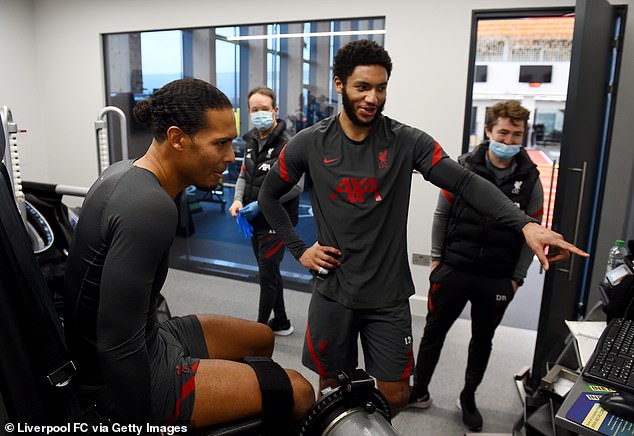 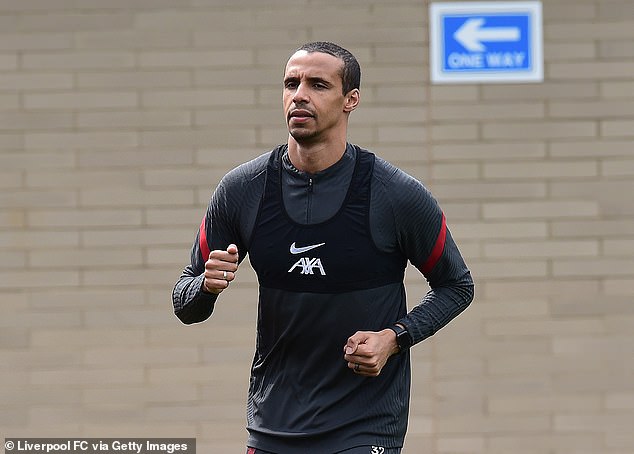 Centre-back Joel Matip, who was injured in January, is also on the list to travel to Austria

Matip has not featured since sustaining an ankle ligament injury in Liverpool’s 3-1  Premier League win over Tottenham in January.

Klopp’s squad will begin their preparations for the new season in the state of Salzburg before moving across Austria to Tyrol later on.

The Reds are yet to announce any pre-season friendlies but more details of their schedule are expected in the coming days.

Konate will meet his new team-mates for the first time following his move from RB Leipzig.

Right-back Trent Alexander-Arnold, who had to pull out of England’s Euro 2020 squad on the eve of the tournament with a thigh muscle tear, is also in the squad along with 11 academy players.

‘We look forward to going to Austria again for the start of our pre-season. All the conditions to prepare the team there are just at a very high level,’ assistant manager Pepijn Lijnders told Liverpool’s website.

‘We will use this to go back to basics. When you ask a lot from your players you have to give a lot as well – and we find all of this in Austria.’

Liverpool begin the new Premier League season away at newly-promoted Norwich on August 14 before successive home games against Burnley and Chelsea. 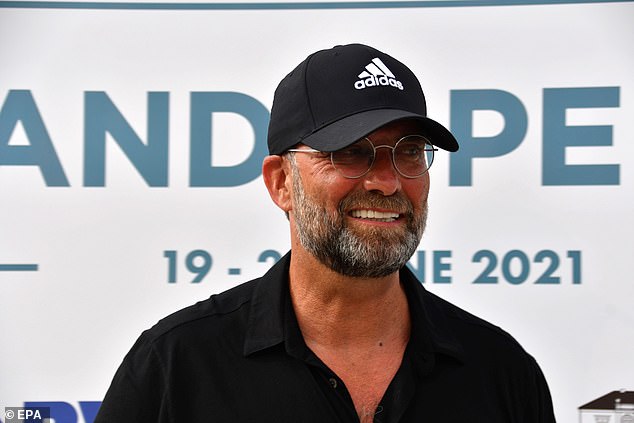