Liverpool legend John Aldridge has reminded the fans that Jurgen Klopp’s men still have a major chance of winning two trophies despite crashing out of the FA Cup. The Reds lost 2-0 to Chelsea at Stamford Bridge on Tuesday in a match that marked their third defeat in four matches following an extended undefeated streak in the Premier League.

Before their unexpected FA Cup elimination, the reigning world champions lost 1-0 to Atletico Madrid away in the Champions League last 16 and then saw their year-long undefeated run come to an end at Watford with a shock 3-0 defeat.

But Aldridge took to Twitter and urged the fans not to panic just yet as Liverpool are still on course for a brilliant ending to the season.

The Reds will take on Atletico on March 11 at Anfield where they could fight back and go on to defend their European crown.

The Merseysiders are also still top of the league with a whopping 22 points separating them from second place and Manchester City, which means Klopp’s could win the title in just a few more weeks. 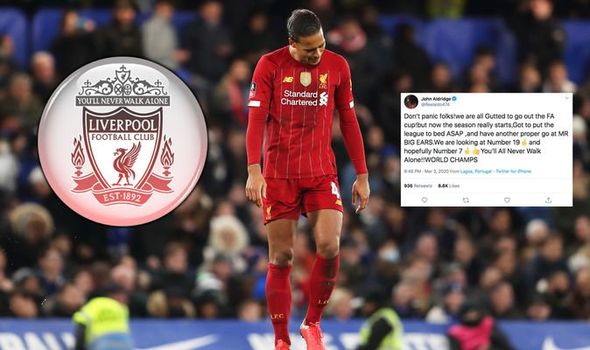 “We are all gutted to go out the FA Cup! But now the season really starts, got to put the league to bed ASAP and have another proper go at MR BIG EARS. 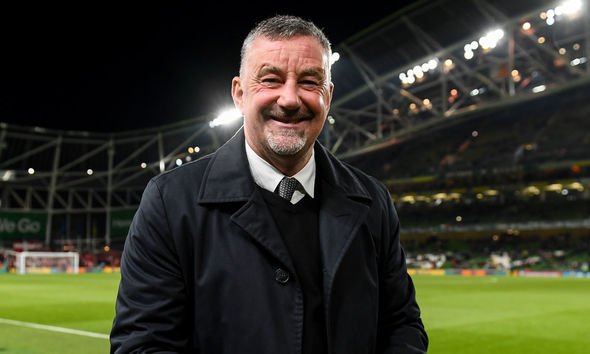 “We are looking at Number 19 and hopefully Number 7. You’ll All Never Walk Alone!! WORLD CHAMPS.”

Klopp was critical of his team’s defence after the loss to Chelsea as he claims they have conceded “too many goals” in the last four matches.

The German manager, though, insists that his team can regain momentum and go back to their previous dominant form.

Klopp said: “Momentum went our way for so long because we defended outstandingly.

“Usually you don’t get a lot of chances against us but now we have to admit that in the last four games [including the 3-2 home win over West Ham] we conceded absolutely too many goals. But they are all completely different situations, so it’s not one problem.

“I’m not worried about momentum. You don’t get it as a present and you have always the chance to get it back. We’re not 100 miles away and the boys are strong.

“We have done very well but tonight was not good enough in decisive moments and that is what we have to accept.

“Losing 2-0 is not good but it’s easy to explain. We made massive mistakes around the goals.”