There was relief at the final whistle and the returning sight of Jurgen Klopp’s triumphant fist-pumps as Liverpool dusted off their funk and were combative in a 2-1 victory over Bournemouth at Anfield.

The manager had labelled the landscape his side found themselves in ahead of Saturday’s first kick off as “the opposite of normal.” A team routinely crushing the fight out of opponents, crowned European kings and earning ‘best in the world’ status, were now needing to strike back after three defeats from four across all competitions.

Their feared forward line was faltering, a steely defence suddenly became easy to dismantle and Alisson was on the matchday programme but will be out of action until next month.

Liverpool’s cloak of invincibility had been shredded to such an extent that Bournemouth, who they’d scorched by an aggregate score of 17-0 in the last five league meetings, arrived with – as Eddie Howe put it – “the most important quality of belief.” 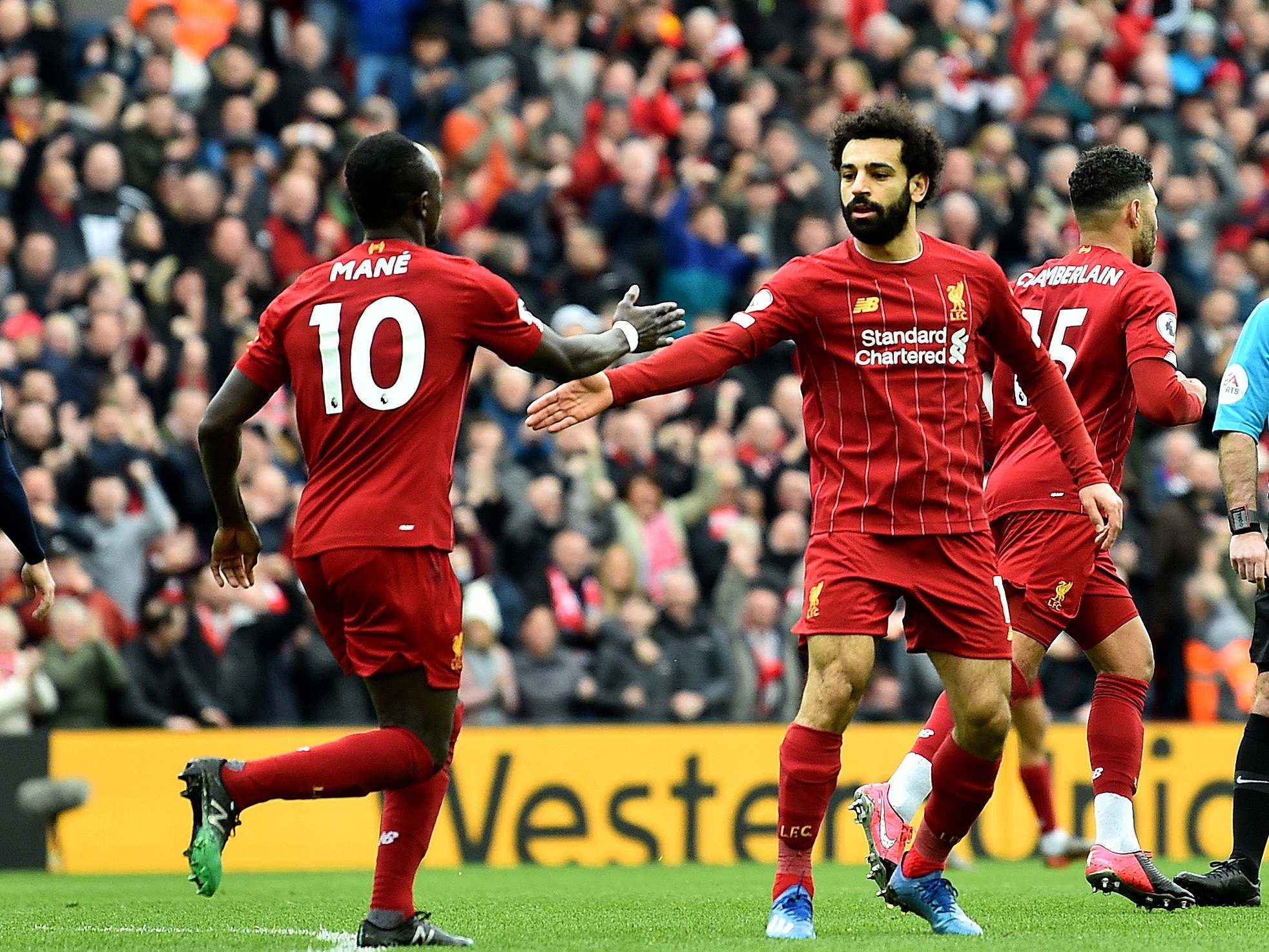 Nine minutes in, their credence ballooned. Callum Wilson and Joe Gomez chased down a long ball with Liverpool’s speedy centre-back ahead of the striker, who pushed him out of the way and off the ball. The hosts waited for a whistle that never came and Philip Billing took up possession to supply Jefferson Lerma on the right.

He rolled the ball across goal, where Wilson tapped in. Klopp and assistant manager Pep Lijnders were seething that neither referee Paul Tierney nor the linesman flagged an obvious foul and they were incensed further when the VAR, Michael Oliver, allowed the opener to stand.

“It was a very good performance after a very difficult start. From my point of view, the first goal was a 100 percent foul,” Klopp said.

“But it shows the problem with VAR as well, because the referee didn’t see it. Mike Dean was next to me, saying have a look, have a look, and VAR said it was not clear and obvious, I don’t know how that is possible. We wanted to fight back before the game, but then we really had to fight back, and put them under pressure.”

Bournemouth, beginning the day third from bottom, had broken their embarrassing drought against Liverpool and could have bruised the leaders further, but Adrian unconvincingly tipped Nathan Ake’s header from Ryan Fraser’s corner over the bar.

The circumstances behind the visitors’ lead cajoled an aggressive response from the crowd and, importantly, Klopp’s players. Bournemouth goalkeeper Aaron Ramsdale thwarted Roberto Firmino after fine work from Alex Oxlade-Chamberlain and Liverpool increased their attacking endeavour.

Sadio Mane thieved possession from Jack Simpson and thought about shooting before spotting Mohamed Salah’s run on the right. His ball was poor, behind the Egyptian, who recovered it and shifted inside Lerma before finding the bottom right corner.

Simpson atoned for his error by denying Liverpool an immediate second. Virgil van Dijk floated a diagonal to Trent Alexander-Arnold, who teased a ball across the face of the goal that the Bournemouth defender cleared before it reached Mane for a tap-in.

The Merseysiders applied consistent pressure and the Senegal international amended the scoreline eight minutes after the equaliser. Howe’s men were loose in possession again and Van Dijk intercepted to roll a ball straight down the middle for Mane. He sped up to the box, drew Ramsdale out and slipped the ball under the keeper and into the bottom right.

“We defended really well, the two goals came from us having possession and that transition Liverpool are so good at,” Howe said. “They punished us twice today, but I can’t fault the lads. We’ve made a mistake, but they still had to punish us. That’s the quality they possess.”

That did not suck the fight out of the relegation strugglers, though, as Junior Stanislas forced Adrian to parry a robust shot, before Alisson’s deputy produced a more definitive response from the resulting corner.

The second half was a more tense, physical affair, a series of mini-battles all over the show. James Milner, operating at left-back in place of Andy Robertson, prevented a Bournemouth leveller with a superb piece of defending. Fraser collected a long pass, and with Adrian rushing out, opted to lob the Spaniard. The ball was heading into the net, but Milner hurried back to acrobatically hook it away near the line.

At the other end of the pitch, Mane caught a loose ball 25 yards out on the left and smacked a curler first time that evaded Ramsdale, but crashed off the post.

The dying minutes were frantic. Bournemouth carved what looked like a golden chance to earn a point, but Ake was offside in the build-up, before Wilson dithered on the ball from just six yards out.

Then neat interplay between Adam Lallana and Salah created an opportunity for Firmino to join his fellow forwards in scoring, but he badly skied his effort.

Liverpool were not at their best, but battled better here. They still have never lost two league games on the spin under Klopp. “We had to fight hard, we are not geniuses, but we can really fight!,” the manager said.

Milner echoed those sentiments, adding: “We weren’t at our best, but many teams would have crumbled after a couple of poor results. We kept going and stayed calm. You can’t question the boys’ heart and desire.”

The European champions now require just three victories from their final nine domestic games to guarantee the prize they have coveted above all – a first top-flight title since 1990.

With 22 home wins on the spin in the division, they have surpassed Bill Shankly’s team in 1972 to set a new all-time English top-flight record.

As Liverpool’s legendary manager once said ‘Ay, here we are with problems at the top of the league’ – and they are 25 points clear.

Bournemouth, meanwhile, have issues with just 27 points at the wrong end of the table. “The last six games we have been a lot better, back to creating goals and looking more stable,” Howe stated, before conceding “but ultimately at this stage of the season, with games running out, it is about points and I would take points over performances.”