Nobody saw this coming. Liverpool were beaten in the Premier League for the first time since January 2018 as Watford thumped the Reds 3-0 at Vicarage Road to end their hopes of finishing the season as Invincibles. Jurgen Klopp’s side did not know what had hit them as goals from Ismaila Sarr (2) and Troy Deeney done the damage.

The away end bellowed out a rendition of “We’re gunna win the league,” as their side trailed 3-0 but they will be hurting on the way back to Merseyside.

Liverpool are still just four wins from Premier League glory, a position they would have jumped at when the season begun.

But this team has simply forgotten what it’s like to lose in the Premier League yet in Hertfordshire they were forced to endure a sobering moment.

It’s the second time they have tasted defeat in two weeks, with Atletico Madrid getting the better of them in the Champions League at the Wanda Metropolitano. 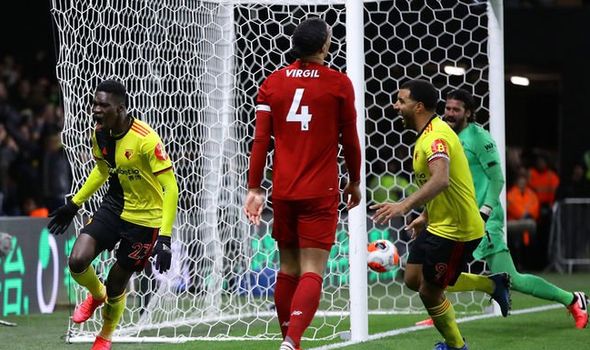